Tobacco giant wants FDA to regulate competition out of existence

Maybe because it seemingly had the most to lose, tobacco giant Reyonlds-American (RAI)wants the FDA to snub out the competition. In a 119-page submission to the regulatory agency, the cigarette maker said that the government should ban the use of vapor electronic cigarettes.

Reynolds is currently in the midst of acquiring the leading manufacturer of electronic cigarettes, Lorillard (LO.DL). The company will be selling the top blu eCig brand as part of the merger deal and focusing on its own recently introduced Vuse brand; but more competition is entering the market, and not just from rival Altria (MO 0.87%). Upstarts like LOGIC Technology Development, which recently found itself in the No. 1 position in the U.S. for unit share in convenience stores nationwide with a 24.3% share, have joined the fray, helping to expand the market to now include personal vapor systems (PVS).

Vapor systems differ from e-cigs in several important ways. Where e-cigs are battery-powered devices that heat a liquid nicotine solution in a self-contained disposable cartridge and create a vapor that is inhaled, PVS's are open-system formats that often feature a liquid capsule that is inserted into a cartridge.

They also tend to come in a vast selection of flavors, something the e-cig makers have shied away from after they were brutalized for allegedly pandering to kids with flavored smokes. The FDA recently banned flavored cigarettes, and even is contemplating limiting or banning menthol ones. The tobacco industry eschewed offering flavors in the e-cigs, figuring the regulatory agency would follow suit there, as well.

Although Nielsen data says sales fell 17% at convenience stores for the period ending in June, Wells Fargo analysts stand by their contention that the industry could hit $10 billion by 2021, and may eventually surpass regular tobacco cigarette sales. They believe that sales have simply moved out of c-stores and into so-called vape shops and other nontraditional outlets. 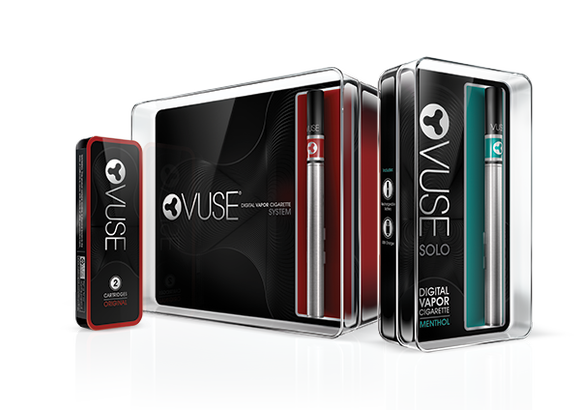 It's that industry shift away from e-cigs and into vaping that has Reynolds concerned. It's invested a lot of money in developing Vuse, and only just rolled it out nationally this past June, just as Altria was rolling out its MarkTen brand. Even Lorillard saw e-cig revenues drop 14% in the first quarter of the year, to $49 million, and watched it tumble another 23% in the second, as lower volumes and the introduction of the lower-priced rechargeable kits cut sales.

Both Lorillard and Altria also submitted comments to the FDA on the vaping matter, but the Winston-Salem Journal reports that their opinions were not seen to be nearly as harsh or critical as were Reynolds'. The latter criticized the manufacture of the liquids because they're sourced overseas, they're packaged in non-child-resistant wrappers, and come in flavors like fruit and candy that may attract kids.

On the one hand, it certainly seems hypocritical of Reynolds-American to want to ban vaping systems because they sell flavored liquid nicotine, considering how strenuously it opposed the FDA banning flavored cigarettes. On the other hand, however, the tobacco giant says that, if the agency is going to allow the vapor companies access to the market, it needs to "create a level playing field on which all manufacturers of non-combustible deemed product categories are subject to equal treatment."

Reynolds-American has spent a lot on R&D for its electronic cigarettes, with its R&D costs up 16% in 2013, after being down 10% the year before. Also, it's spending $27 billion to buy Lorillard and its leading brand menthol flavored cigarettes, Newport, which owns 37% of the menthol cigarette market. And finally, it faces a systemic and secular decline in traditional cigarette sales. Ultimately, its opposition may simply be more a matter of money than acting in the public's interest.

Why BRC Stock Is Perking Up This Morning