Microsoft (NASDAQ:MSFT) recently teamed up with Accenture (NYSE:ACN) to jointly fund and build a new hybrid cloud bundle, which is expected to launch next year.

The "hybrid cloud" refers to businesses managing some of their own resources in-house, while relying on external cloud services for others. For example, a company can keep its recent customer data on in-house storage, but send its archived data to a public cloud service. This approach, which is built on top of existing IT services, is useful for large companies, which can't transfer their data to the cloud as quickly as smaller businesses.

Gartner estimates that nearly half of all large enterprises will have hybrid cloud deployments by the end of 2017. A recent survey by Accenture also found that 75% of all businesses expressed interest in hybrid cloud installations. 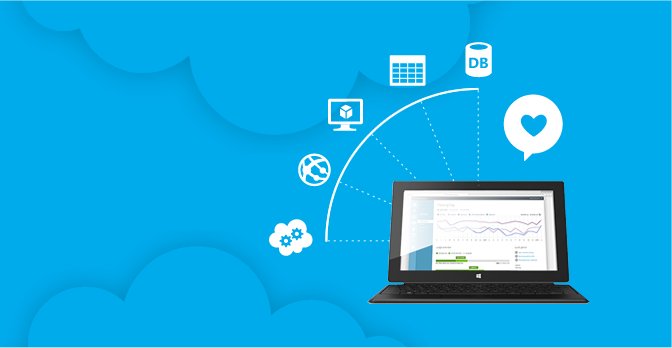 Microsoft and Accenture's hybrid cloud bundle will be installed on top of their existing services, along with those provided by Avanade, a joint venture the two companies formed in 2000. The bundle -- known as the Accenture Hybrid Cloud Solution for Microsoft Azure -- will include Azure, Windows Server, System Center, Azure Pack, Accenture Cloud Platform, and additional services for governing the platform.

Let's take a closer look at how this new partnership could help Microsoft and Accenture over the next few years.

What hybrid cloud systems mean for Microsoft
The hybrid cloud is a key way for Microsoft to retain control of large enterprises, as smaller and medium-sized businesses (SMBs) mull moving everything to public cloud services offered by Google (NASDAQ:GOOG) (NASDAQ:GOOGL) and Amazon (NASDAQ:AMZN).

This relates to Microsoft's strategy of targeting large enterprises with the Surface Pro and Office 365. Microsoft markets the Surface Pro 3 as a better replacement for older PCs than Apple's iPads or Google Chromebooks, since it is compatible with more legacy software and data. The same goes for Office 365 -- newer SMBs might flock to cheap alternatives like Google Apps for Work, but larger companies are already too tightly tethered to Microsoft's ecosystem.

In October, Microsoft announced a hybrid cloud partnership with IBM (NYSE:IBM). That partnership will make IBM middleware, such as WebSphere Liberty, MQ, and DB2, available on Microsoft Azure. In exchange, IBM Cloud will support Microsoft's Windows Server and SQL Server. Like Microsoft, IBM is an aging tech giant that is relying on its foundations in large enterprises to support its cloud computing efforts.

Microsoft CEO Satya Nadella has made expanding into the cloud a top priority for his company. Over that past year, Microsoft has added over 300 features to its cloud and served major new customers like GE Healthcare, Comcast's NBC, and Heineken. Those deals seem to be paying off. In July, Microsoft claimed that the annual run rate for its cloud division (Office 365, Microsoft Dynamics, and Azure) had doubled year over year to $4.4 billion in fiscal 2014.

Most of Accenture's clients -- which include 89 of the Fortune Global 100 and over three-quarters of the Fortune 500 -- are large businesses. In fiscal 2014, Accenture's revenue grew 5% year over year, while its diluted earnings per share rose 6% (excluding the impact of reorganization benefits during the quarter).

Partnering with Microsoft, as it did with IBM for years, will help Accenture maintain that slow and steady growth with its dominance of management consulting, IT, and outsourcing services for large companies.

However, Accenture has also taken steps to expand into the services for SMBs. In September, cloud storage company Box -- which often caters to SMB needs -- unveiled collaboration tools for a wide range of sectors, which included access to several of Accenture's services.

The key takeaways
This latest partnership is definitely a win-win situation for both Microsoft and Accenture. Although the hybrid cloud market doesn't address the rise of SMBs adopting fully public cloud solutions, it preserves Microsoft and Accenture's market-leading position among large enterprises. It also gives large companies a much-needed bridge between private and public clouds, which helps them afford a gradual cloud conversion while protecting their on-site data.

As a result of this shift, Microsoft's cloud revenue will improve, and more new clients will rely on Accenture's consulting services.