The discount retail industry has evolved quickly over the past decade, as a wide array of economic conditions has forced Big Lots (NYSE:BIG) and its peers to figure out how to cater to customers whose economic prospects change constantly. Coming into Friday morning's fiscal fourth-quarter financial report, Big Lots investors believed that the holiday quarter would help save the year for the company, with modest revenue growth helping to push profits up soundly and eking out a rise in net income for the full year. Big Lots managed to accomplish that task during the quarter, but its guidance for the coming quarter and for the full 2015 year points to some ongoing challenges for Big Lots to overcome in order to sustain its growth. Let's look more closely at Big Lots and how it fared during the most recent quarter to see what could lie ahead for the discount retailer in the future.

Big Lots squeezes big earnings out of modest sales growth
Big Lots managed to make the most of its opportunities during the fourth quarter. Revenue climbed by only 1.4% to $1.59 billion, roughly matching what most investors had expected Big Lots to pull in. But comparable-store sales rose by 2.9%, which was the fastest quarterly pace during the entire fiscal year. Net income also soared by nearly 12%, with earnings per share of $1.76 beating the consensus projection by a penny.

For the full year, Big Lots largely met expectations as well. Earnings of $2.46 per share was in line with Big Lots' guidance for $2.40 to $2.50 per share, and a 1.8% increase in comps highlight just how good the fourth quarter was compared to the rest of the year.

Looking more closely at Big Lots' numbers, the key element of the retailer's success was boosting its gross margins. The company pushed its top-line margin figures up two full percentage points, adding $40 million of positive pressure to its operating profit. Higher overhead costs ate into much of those profit gains, as did higher income tax expense, but even those negative factors weren't enough to keep Big Lots from earning a huge bottom-line boost.

CEO David Campisi noted the importance of the momentum that Big Lots generated during the year. "Throughout 2014, we remained focused on our strategy," Campisi said, "and the consistency of our performance allowed us to drive positive comps in all four quarters for the first time in eight years." Campisi noted that new marketing messaging and better assortments of inventory offerings helped drive Big Lots' targeted customer demographic back into stores. 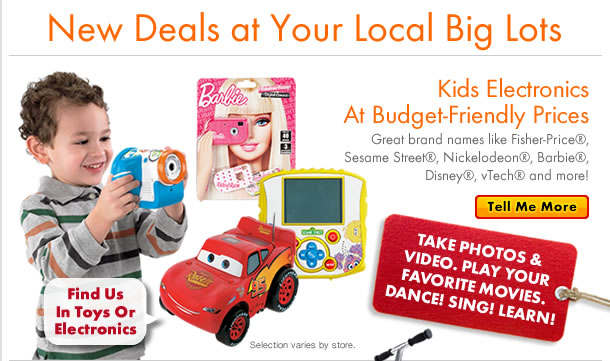 Big Lots pays off
Big Lots was optimistic enough about its future to reward shareholders with a higher dividend. The retailer boosted its quarterly payout by 12% to $0.19 per share, raising its dividend yield to 1.6%. With Big Lots just having started paying a dividend last year, the increase marks yet another milestone in the discount store's growth trajectory. Big Lots also said that it would buy back up to $200 million in stock under a new repurchase program that takes effect next week.

Yet Big Lots' guidance for 2015 could leave some investors wishing for a better future. Earnings guidance of $2.75 to $2.90 per share would give the company respectable gains of 12% to 18%, but shareholders were looking for almost 20% earnings growth prior to the Big Lots report. For the current quarter, comparable-store sales expectations of a 1% to 2% increase would represent a slowing pace of growth for Big Lots, which is something investors would prefer not to see.

Big Lots shares nevertheless responded somewhat favorably to the news, rising about half a percentage point in the first two hours of pre-market trading following the announcement. As Big Lots contemplates its future, it will be crucial for the discount retailer to keep making adjustments to cater to its customer base as efficiently as possible. As economic conditions change, Big Lots will want to make sure to capture as much of the hoped-for increase in discretionary income from its customers as it can in order to keep growth rates above the minimum that investors are willing to tolerate.

Big Lots Lifts Dividend on Strong Earnings, But Will It Grow Fast Enough in 2015? @themotleyfool #stocks $BIG Next Article
Current