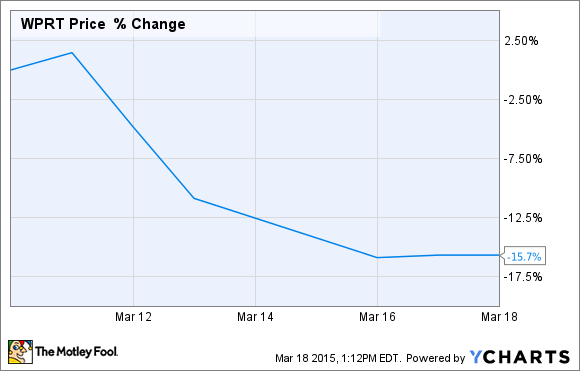 With no signs of the company turning in a profit just yet, the market was quick to dump the stock. But is everything with Westport as bad as it appears? The market seems to have overlooked some key numbers in the earnings report. Here's what you need to know.

Key joint ventures in good shape
Westport currently generates whatever little income it earns from its joint ventures with Cummins and China-based Weichai. From that standpoint, the fourth quarter was significant for the company.

Despite a 3% drop in Cummins Westport (CWI) revenue in the fourth quarter, Westport's share of net income from the venture shot up to $7.7 million from roughly $2.8 million a year ago. CWI's margins were hit hard early last year by warranty issues, primarily on its 8.9-liter engines. Higher profit in the fourth quarter indicates those warranty issues are now behind CWI. That's great news, because profits from this venture will play a key role in Westport's turnaround.

Meanwhile, Weichai Westport (WWI) continues to hit milestones. Both the fourth quarter and full-year 2014 delivered records for WWI in sales volume, revenue, and net income. Year-over-year revenue more than doubled while gross margin jumped to 14.3% from 10.3% a year ago. As a result, Westport earned $3.6 million from WWI in the fourth quarter, six times its year-ago income.

Long story short, there's not much to complain about in the fourth-quarter numbers from Westport's key joint ventures.

Westport's own efforts shouldn't go unnoticed
Meanwhile, the company is working hard to curtail costs in its own operations.

Thanks to consolidation of facilities and layoffs, Westport reduced its selling, general, and administrative expenses by nearly 38% year over year during the fourth quarter. From facilities across 30 locations in 2013, the company dropped to 22 locations in 2014.

While Westport ended the fourth quarter with a higher adjusted EBITDA loss from operations because of a one-time charge, lower costs helped the company shrink its full-year adjusted EBITDA loss to $17.7 million from $34.5 million in 2013. Adjusted EBITDA is net income (loss) excluding expenses including interest, taxes, depreciation, amortization, unrealized foreign-exchange gains or losses, and other non-cash items.

Given that Westport has set its immediate financial goals in adjusted EBITDA terms, the yearly reduction in losses is notable. Cost-reduction efforts could be as meaningful, as higher margins at the joint ventures steer Westport toward profitability.

Should lower R&D spending alarm you?
Westport's research and development spending declined 17% year over year in the fourth quarter. That hasn't gone down too well with critics who consider cutbacks in R&D spending a hindrance to the company's growth.

But Westport isn't shelving any development plans. Instead, it is prioritizing products and markets that show greater promise in the near term.  For instance, after delivering four liquefied natural gas, or LNG, tenders to Canadian National Railway, Westport has decided not to invest  in further LNG tender development for now, until there's clarity about commercial availability of LNG-powered locomotives. Railroads are currently only field testing LNG, and it could take years before a full-fledged LNG locomotive rolls into the market.

On the other hand, much of Westport's investment in 2014 went into its second-generation high-pressure direct ignition technology, or HPDI 2.0. The company hopes one of its development partners will provide a breakthrough this year by commercially rolling out an HPDI engine. 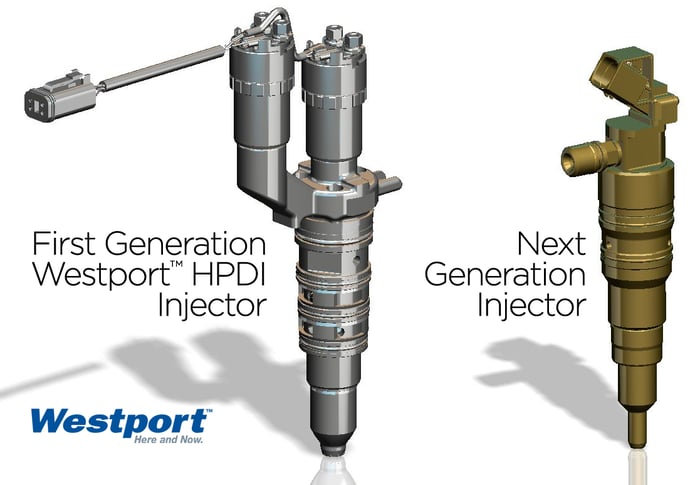 Ultimately, 2014 can be summed up as a year of deep thinking and quick actions for Westport Innovations. The company rationalized its development programs from 45 in the beginning of  2014 to 29 by year end.  Management isn't resting on its laurels yet -- It aims to have only 23 active development programs by the end of this year. That's not to say Westport is dumping projects. As management pointed out during the earnings call, Westport is not abandoning any project, but only keeping those on the sidelines that haven't seen the kind of interest and demand that the company expected, such as in rail and mining which are years away from large scale commercial interest.

This right-sizing of operations could also be the answer to Westport's cash crunch. While there's no denying that the company is burning cash at an alarming rate, what's encouraging is that management has identified breaking even on cash flow as an immediate goal.

In fact, Westport's aggressive restructuring moves are a step in that direction. For perspective, the company's cash used in operations declined by $8 million sequentially during the fourth quarter, thanks to its cost-reduction efforts including consolidation of sites, layoffs, and reduced product investments. Since cash burn is a major hurdle to Westport's growth story right now, its cost-cutting moves could play a key role in strengthening its financial position.

Headwinds are aplenty, but there's no denying Westport made notable progress in the fourth quarter. While it's too early to say the company is on the road to profitability, there's no reason to write it off just yet.