Given how shares of the natural gas fuel technology company were falling off the cliff and had lost 51% of their value in just the past six months until today's big move, surely there must be something in its earnings report that piqued investor attention.

The thing is, your exuberance might die down once you drill deeper into Westport Fuel's numbers and its prospects.

Here are some notable numbers from Westport Fuel's second quarter (all changes year over year):

That's indeed a good set of numbers that handily beat Wall Street estimates on both top and bottom lines, and they sent Westport Fuel shares soaring. 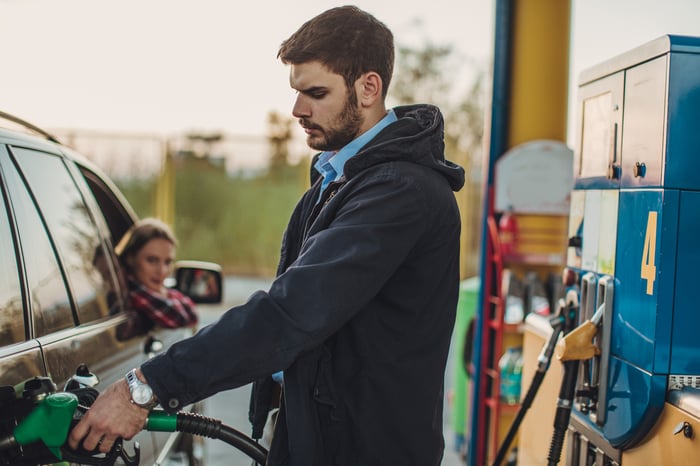 Dissecting the numbers, though, reveals Westport Fuel suffered a loss of operations of around $3.7 million in Q2 versus a profit of $1.7 million in the year-ago quarter as its cost of revenue jumped 190% to $69 million. A one-time gain from its acquisition of liquefied petroleum gas storage company Stako in May drove its net income higher.

To Westport Fuel's credit, its sales volumes were strong during the quarter as factories in key end markets like light-duty trucks reopened after COVID-19 lockdowns. Revenues grew across all three of its segments, including its largest segment, CWI, which is a joint venture with engines giant Cummins (CMI 0.17%). Here's a quick glimpse:

As good as its second-quarter report appears to be, there are major concerns with Westport Fuel.

To start, its second quarter was bound to be a strong one given the tough year-ago comps caused by the COVID-19 pandemic. Its IAM revenue, however, could be hit as the year progresses given the ongoing global semiconductor chip shortage. Westport Fuels is making operating losses and negative cash flows, and the company's survivability even beyond August 2022 depends almost entirely on its ability to grow its patented high-pressure direct injection (HPDI) business and generate positive cash flows through the next year. As of now, Westport Fuel is burning through cash and raising money the hard way -- via stock offering, or equity dilution -- to finance HPDI growth.

Moreover, Westport Fuel's joint venture with Cummins will end on Dec. 30, 2021. Although both companies have equal rights to the intellectual property, Westport Fuel may not be able to monetize it as much as it is now if the venture ends.