Please ensure Javascript is enabled for purposes of website accessibility
Log In Help Join The Motley Fool
Free Article Join Over 1 Million Premium Members And Get More In-Depth Stock Guidance and Research
By Adam Galas - Mar 25, 2015 at 8:13AM

Here are three reasons oil prices may crash further, and three high-yielding oil producers that are well prepared to protect their payouts if they do.

Producers with solid hedges and low-cost production are worth a close look. Source: Linn Energy 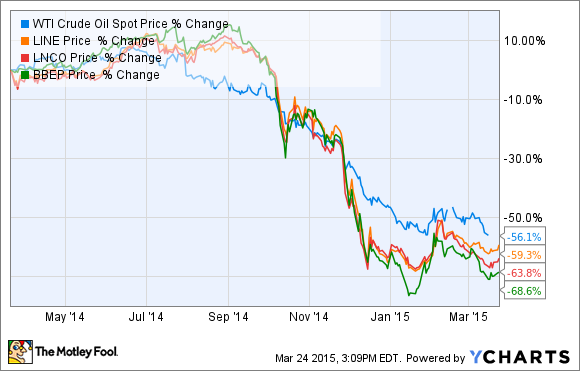 There are three reasons why oil prices may have further to fall. Such an event -- while painful for investors in the short term -- could also create an amazing long-term buying opportunity for high-yield seeking investors. (Note that LinnCo is a holding company for Linn Energy units, so any discussion of Linn Energy applies equally to both.) 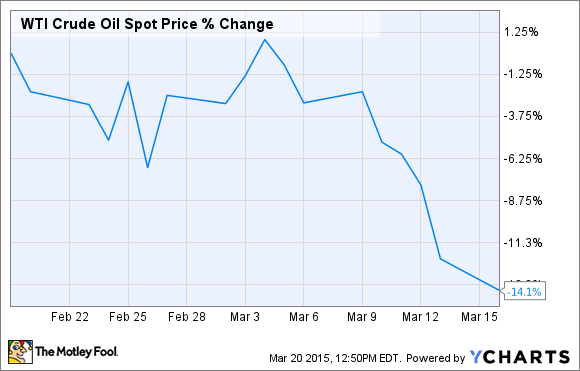 Crude's crash during the last month has largely been due to concerns about the continuing global supply glut that is partially a result of three things. First, previously offline oil production from the Middle East is now starting -- or threatening -- to increase the world oil glut. Specifically, Iran is in discussions about a potential deal regarding its nuclear program that might lift economic sanctions, and see Iranian oil exports increase global supply.

In addition, production from Libya has doubled in recent weeks due to a calming of that nation's civil war. Meanwhile, a recent report from the International Energy Agency revised upwards America's fourth-quarter oil production estimates by 300,000 barrels per day, and indicated that U.S. shale production is likely to increase more in 2015 than previously expected.

Finally, a stronger U.S. dollar, due to weakening economies -- relative to our own -- in Europe, Japan, Russia, and China tends to decrease oil prices because crude is priced in dollars.

Why these oil MLPs are ready for such an event
Oil prices are inherently volatile and impossible to predict in the short term. That's because they're affected by hundreds of moving pieces related to geopolitical and economics in dozens of oil-producing and importing nations around the world. However, there are three main reasons why  Breitburn and Linn Energy are better positioned than most Master Limited Partnerships to protect their current high-yielding payouts from further cuts, if crude prices continue to decline.

The first is that both Breitburn and Linn Energy have already drastically cut their 2015 capital-spending plans -- and distributions  -- in order to better allocate capital in current market conditions. For example, Linn Energy recently slashed its distribution by 56%, while paring back its investment plans by 53%. Linn subsequently cut its capital-spending plans even further, to just 34% of 2014 levels.

Back in January, Breitburn announced a 52% distribution cut and a greater-than-60% reduction in spending plans for 2015, when the capital spending plans of recent acquisition QR Energy are taken into account. While these payout cuts were painful, they were necessary, and today present much more sustainable yields of 11.2% and 16.2%, respectively, for Linn and Breitburn investors. What's more, both MLPs are taking two additional measures to minimize the risks of further distribution cuts. 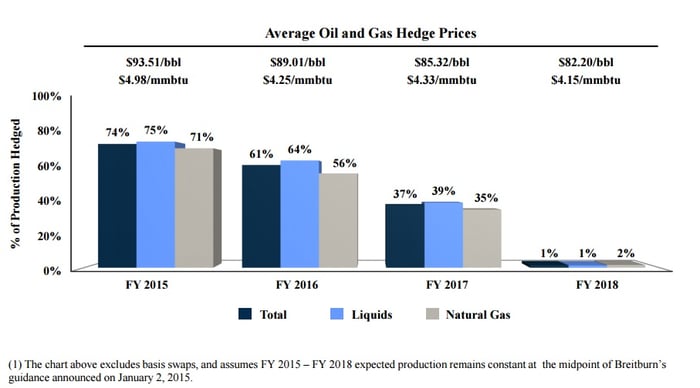 As you can see, Breitburn has a pretty strong hedging portfolio for the majority of its oil and gas production, both in 2015 and 2016. Breitburn's current payout is expected to represent just 65% of its distributable cash flow this year. With its cash flows largely protected for the next two years, it has time for the world's oil glut to work itself out; something the International Energy Agency believes this might occur by the end of 2015. 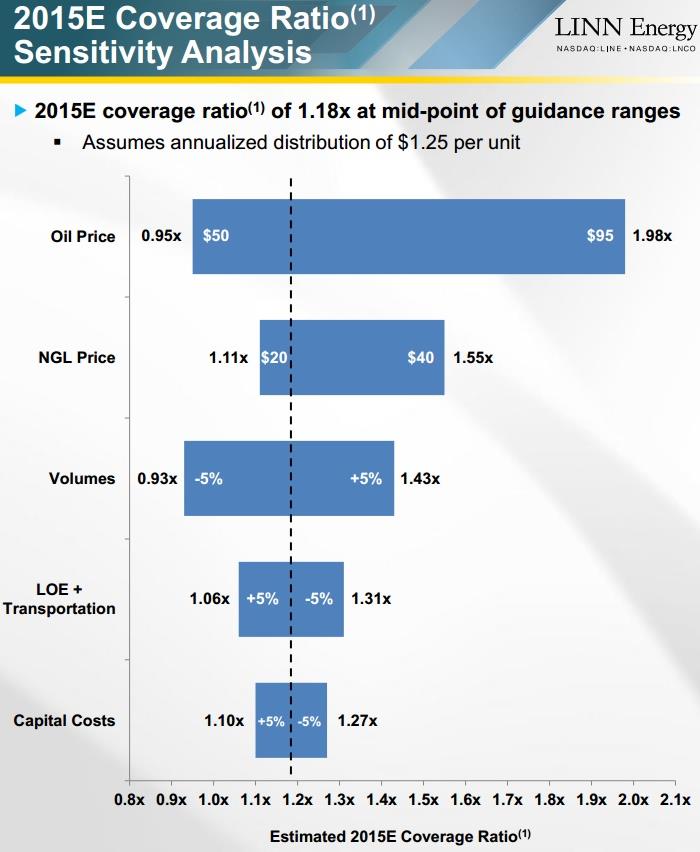 Meanwhile, Linn Energy's payout should be safe as long as its 2015's average selling price for oil  is higher than $52.5 per barrel -- the price at which its distribution-coverage ratio is equal to one.

The third reason Breitburn and Linn Energy look well positioned to survive a further fall in oil is because of their focus on investment optimization -- meaning minimizing drilling costs and decline rates -- the rate at which oil production falls if the MLPs don't invest any money into maintaining production..

For example, Linn Energy spent most of 2014 wheeling and dealing to get rid of its valuable -- but expensive-to-drill -- shale acreage in favor of lower-cost oil and gas assets that have left its overall decline rate at a low 15%. Now, with oil prices so low, Linn is focusing on maximizing production while minimizing costs, specifically through two approaches.

The first is alternative financing as shown by its recent deal with GSO Capital  in which GSO will invest up to $500 million and receive 85% of the cash flow from the well until it achieves a 15% return on its investment. At that point Linn Energy gets 95% of the cash flow from the well for the rest of its productive life. The second is through optimizing existing wells via refracking. Refracking allows older wells to increase production yet can cost 75% less than fracking new wells.

Meanwhile, Breitburn Energy Partners is focused like a hawk on only allocating capital to where it can most effectively increase production at the lowest possible cost. For example, the MLP has only two rigs currently drilling. One of those is in the Midland basin, where it's completing two wells to fulfill contractual obligations to maintain the drilling rights. In 2015, management expects to spend $58 million of its $200 million capital budget on CO2-injected enhanced oil recovery, which produces incredible low decline rates and low-cost production.

Takeaway: Short-term oil volatility is the long-term income investor's best friend
While it can be frightening to see crashing oil prices hurt the stocks of oil producers such as Breitburn Energy Partners, Linn Energy, and LinnCo, long-term income investors should embrace such volatility. These oil producers' recent cost-cutting, focusing on increasing low-cost, low-decline production, and strong hedging portfolios, have likely made their payouts far more secure. Should oil prices drop furtherthen these already beaten down oil stocks will likely fall as well. Based on their current prices -- but especially if declining oil takes their share prices even lower -- you should consider whether these MLPs deserve a spot in your diversified income portfolio.

Adam Galas has no position in any stocks mentioned. The Motley Fool recommends BreitBurn Energy Partners. Try any of our Foolish newsletter services free for 30 days. We Fools may not all hold the same opinions, but we all believe that considering a diverse range of insights makes us better investors. The Motley Fool has a disclosure policy.