Right now, JetBlue Airways (NASDAQ: JBLU) is the fifth largest airline in the U.S. by market share. While catching its larger rivals will be difficult, the airline is still pursuing growth opportunities and has plenty of them available.

Geographic expansion
Since its founding in 1998, JetBlue has made itself a major airline for the East Coast of the U.S. and the Caribbean, but it has a smaller presence elsewhere. Clearly, there's much of the world JetBlue isn't involved in, and and it's up to management to decide where to lead the carrier. At the head of this effort will be JetBlue CEO Robin Hayes who worked in the Americas division of British Airways and CFO Mark Powers who worked for both Continental Airlines and Northwest Airlines before joining JetBlue. As the airline expands, this prior experience should be valuable in helping JetBlue to execute its growth plans

Latin America
Already, there are signs that JetBlue may expand more into Latin America. In 2013, the airline added Lima, Peru, as its southernmost destination, and it has added a few other South American destinations as well.

Right now, the strained relations between Venezuela and major airlines are casting a dark shadow over the Latin American aviation market, but that's only one country on the continent. While JetBlue is unlikely to venture into Venezuela, there's potential for growth in other nations, such as Colombia, Ecuador, Peru, and Brazil.

Farther north, Mexico also presents an opportunity for JetBlue given the airline's only current destination in the country is Cancun. While this city does have some attractive tourism qualities, there are lots of similar opportunities . Alaska Air Group--which holds a smaller U.S. market share than JetBlue-- currently serves nine cities in Mexico.

Based on data from both the Federal Aviation Administration and the International Air Transport Association, JetBlue would be smart to continue investing in this region. The FAA data forecasts Latin America to show a 4.2% annual growth in enplanements by U.S. mainline carriers through 2035; the fastest growth of any region. IATA data is similarly bullish forecasting a 4.7% annual growth in Latin American air travel through 2034, behind only the Middle East as the fastest growing reion.

Besides the bullish industry forecasts, there is another key reason why JetBlue should look to Latin America for expansion. Unlike most flights to Asia and Europe which typically require widebody aircraft, JetBlue can and is serving Latin America with narrowbody aircraft. While JetBlue may eventually take on widebody aircraft for overseas flights or certain high volume routes, maintaining an all narrowbody fleet allows JetBlue to have fewer different types of aircraft. This, in turn, carries key advantages in reduced maintenance costs and pilot flexibility. For these reasons, I see Latin America as one of the best places for JetBlue to focus international expansion efforts.

Canada
Canada's airline market is dominated by Air Canada and WestJet while the remainder is controlled by far smaller carriers. While JetBlue doesn't operate flights to Canada currently, there are certain eastern cities, such as Toronto, Montreal, and Ottawa, that are within a short flying distance of the airline's Northeast hubs. 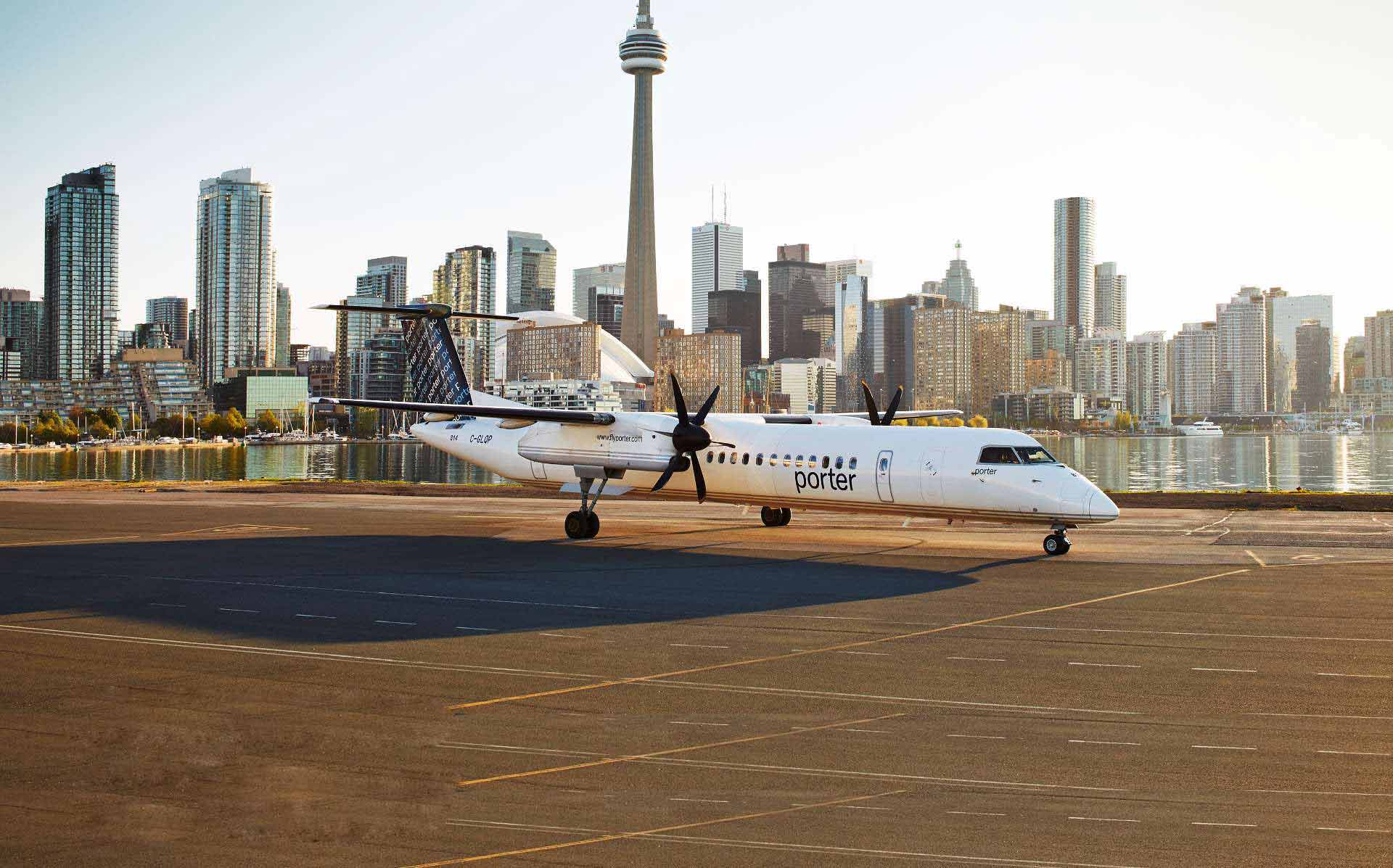 In a market dominated by two players, a significant presence from a third airline may be a welcome change. Already, Southwest Airlines has noted its ambitions to move into this market by the end of the decade, as the Dallas-based airline looks for international destinations to add.

For now, JetBlue is partnering with Porter Airlines to connect passengers from Canada through JetBlue's Boston hub. At this point, the partnership with Porter gives JetBlue a network in Canada while the benefits from a significant expansion in Canada are limited. FAA data estimates transborder traffic to only grow 3.3% annually through 2035; well below the rates in Latin America and other emerging markets.Because of this, I would expect expansion into Canada, if any, to be a relatively small part of JetBlue's overall growth plan.

Europe and Asia
Having flights to Europe and Asia is a good indicator of what separates the major legacy carriers from their more regionally focused counterparts. American Airlines Group (NASDAQ: AAL), Delta Air Lines (NYSE: DAL), and United Continental Holdings (NYSE: UAL) all have worldwide networks, while Southwest, Alaska, and JetBlue stick to flights within the Americas.

For airlines focused on a market as big as the U.S., the need to expand beyond the Americas is less critical; after all, Southwest Airlines operates only within the Americas, and it's been growing since 1967.

For Europe, JetBlue's strong Northeast presence lends itself to European flights but there are other issues with European expansion. First, such expansion may require widebody aircraft which would add another layer of complexity to JetBlue's fleet potentially increasing maintenance costs and reducing pilot flexibility. And second, the European and transatlantic markets are forecasted as some of the slowest growing markets in the world over the next 20 years according to both FAA and IATA forecasts. If JetBlue does decide to pursue European expansion despite this, I expect it to pick and choose optimal routes and expand slowly.

While Asia does have some of the highest forecasted growth rates, I do not expect to see expansion to this region by JetBlue in the near future. Lacking both the widebody aircraft and a strong west coast presence, expansion in Asia would require a major overhaul in domestic and international operations as well as changes in the airline's fleet management strategy.

Ancillary revenue growth
For 2014, JetBlue said the revenue from its Even More Space seats increased 16% from 2013 levels to $200 million. Although it does call the Even More Space seats its largest ancillary product, JetBlue does not give numbers for how much more it expects to get from this offering. The airline is voting with its wallet by showing support for more upgraded seating approaches such as the Mint suites added last year.

At about $30 million, the increase in revenue from the Even More Space seats did not have a major impact on JetBlue's total 2014 operating revenue of $5.8 billion. But as an ancillary revenue product, this revenue is almost certainly higher margin than ordinary fare revenue.

Not as well-received by customers in 2014 was the airline's announcement that it would begin charging for checked bags on its lowest tier of fares. Despite their lack of popularity, bag fees could generate significant revenue for the airline once fully implemented. Analyst Jamie Baker of JP Morgan estimated that the bag fees could generate another $200 million in annual revenue for the airline; an estimate that is reasonably close to the $170 million JetBlue would collect if it got a share of total checked bag fees proportional to its 5.1% market share. With extremely high margins due to the fact that most bag fee paying customers would have otherwise checked the bag anyway but for free, the bag fee revenue should flow to the bottom line and provide a major boost to profits.

Although the ancillary products generate relatively small amounts of revenue, the revenue generated is high margin in nature and should be a substantial profit booster. Because of this, I see ancillary revenue growth as one of the key ways for JetBlue to boost profits over the next few years.

JetBlue vs. rivals
JetBlue started out in the Northeast but has since expanded while never giving up its strong Northeast presence. This presence should serve it well when it comes to competing against both smaller and larger rivals.

While JetBlue lacks the resources that its larger rivals have in cash and network size, it does have access to key slot restricted airports in major Northeastern population centers. This should enable the airline to build a strong connection between these in demand airports and the new markets it goes after. This also gives it a clear advantage over smaller carriers that lack a strong U.S. presence and therefore cannot offer the same flights to slot restricted airports.

Having found previous success expanding westward and into parts of Latin America, JetBlue has shown its ability to use discipline in its expansion to prevent itself from being stretched too thin. Investors should expect JetBlue to continue its strategy of testing the waters in new markets with only a few flights at a time before ramping up operations. At the same time, tying these flights back into its stronghold in the Northeast ensures that the airline continues to play to regions where it's strong even as it searches out new growth.

With the experience of the CEO and CFO in operating airlines with worldwide networks, I expect JetBlue to continue being able to grow without overextending itself.

The bottom line
JetBlue has clearly made the decision that international expansion is necessary to long-term growth and, based on industry forecasts, I agree with this course of action. With strong growth forecasts and an existing network there, investors should expect more JetBlue expansion in Latin America over the next several years.

Investors should also keep a close eye on ancillary revenue growth sourced from premium seating offerings and checked bag fees as both of these have the potential to substantially boost the airline's bottom line.