If you had to buy just one Californian stock to own for the next 25 years, what would it be?

It's impossible to take the risk out of all investing, but blue-chip stocks should be more stable when it comes to profits and volatility than your average stock. Blue-chip companies are well established, financially sound, and have a deep competitive advantage that would be hard for peers to overcome.

Traditionally, many blue chips from General Electric to 3M or Coca-Cola have been headquartered in the East Coast or Midwest, where they've been established longer. But California is becoming a business power, highlighted by the boom of businesses in Silicon Valley. Here are four of the best blue chips the state has to offer. 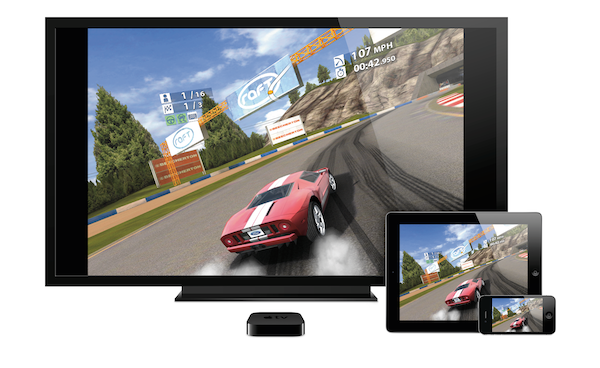 Apple
Eighteen years ago, Apple (AAPL 1.06%) seemed to be on its death bed. The company had lost the personal computer battle to Microsoft (MSFT -0.32%) and Intel (INTC), new products like the Newton were a flop, and the iPod was still years from being launched.

Today, Apple is the largest company in the world with a $722 billion market cap and a cash hoard of $193.5 billion. The company's incredible success has come from just a few products, namely the iPod, Mac, iPhone, and iPad. But what Apple has created is an ecosystem that would be very hard to disrupt.

Apple has created an ecosystem of devices that work seamlessly with the software and digital products the company provides. Music, movies, apps, and files can be shared seamlessly between Apple products, drawing someone owning one product from Apple to own more. The iPhone is at the heart of Apple's empire and since smartphones are usually replaced every 2-3 years, there's a natural refresh cycle that keeps revenue flowing for Apple. iPads, iPods, Macs, and now the Apple Watch then become a draw, and once you're sucked into the ecosystem, it's hard to get out.

I wouldn't buy Apple just because of the iPhone, but with the ecosystem of products and services surrounding the most successful smartphone on the planet, this is a blue-chip stock for any portfolio.

Google
There are a lot of companies on the Internet that provide products or services people want. Twitter, Facebook, Yelp, and Yahoo! are all popular sites, but they don't have the natural flow-through to revenue Google (GOOGL -0.21%) (GOOG -0.17%) has.

Every time someone does a Google search, they're telling Google -- and its advertising partners -- that they want to see relevant information, services, or products. That means Google can match up that search with the perfect ad, and instead of being an annoyance -- like it is on Twitter, Facebook, or Yelp -- it's actually something we want to see.

Google has leveraged this dynamic and grown into a financial juggernaut that extends its services into stickier markets like mail, maps, and smartphones, where it can become more engrained with customers and gather more information about them. With $66 billion in revenue in 2014, $14.4 billion in net income, and a strong competitive moat, it's hard to see how anyone could knock Google off in the foreseeable future.

Disney
Disney (DIS 1.61%) may be best known for its Disney World location in Orlando, Florida, but its actually a California company at heart. The company's headquarters is located in Burbank, California, where Disney Animation Studios created everything from Snow White and the Seven Dwarfs to Frozen.

The company's beginnings as an animation studio have spread to a variety of media outlets -- including ABC and ESPN -- theme parks, and arguably the most successful film studios in the world. The stream of revenue Disney can generate from the box office to the small screen to park visits ensure a highly profitable company, and adding assets like Pixar, Marvel, and Lucas Film in recent years ensures the best list of characters and productions in the world.

Media is changing faster than ever, but Disney is built to not only survive those changes, but to thrive because of them. The future is bright for this southern California media powerhouse.

Intel
Chipmaker Intel (INTC) doesn't get nearly as much attention as its higher growth neighbors in Silicon Valley, but it's a remarkably stable and profitable company. Below, you can see that over the past decade, Intel has grown revenue and profits 52% and 43%, respectively. 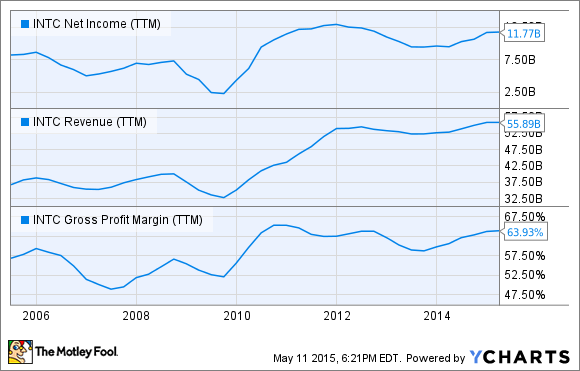 Intel has also managed to maintain strong margins, indicating that its competitive position in the market has endured.

After largely missing the boat on the mobile movement, Intel has invested heavily in next-generation chips that will end up in everything from smartwatches to cars to baby monitors -- just in time for the Internet of Things. That's just the latest sign that this tech giant is built to last and is worthy of being one of California's blue-chip companies.

California's blue chip stocks
These four stocks would create a great foundation for any portfolio. They've provided California with innovative leaders who have driven the economy. As an investor, these are the kind of "buy and forget about it" stocks I like to own.

2 Warren Buffett Stocks That Everyone Should Own
363%