What: Share of Advaxis (NASDAQ:ADXS), a clinical stage biotech with a focus on cancer immunotherapies, continued to fall back to earth during the month of July. The stock lost more than 11% of its value during the month, according to data from S&P Capital IQ.
So What: Advaxis' claim to fame is its use of an engineered bacterium, called Listeria monocytogenes, as a method for stimulating an immune response to a variety of cancers. The company is currently running several clinical trials that are testing this bacterium as a treatment against a variety of cancers such as head and neck cancer, anal cancer, and prostate cancer, but the company is furthest along in its testing against cervical cancer, where it is currently planning its first phase 3 trail. 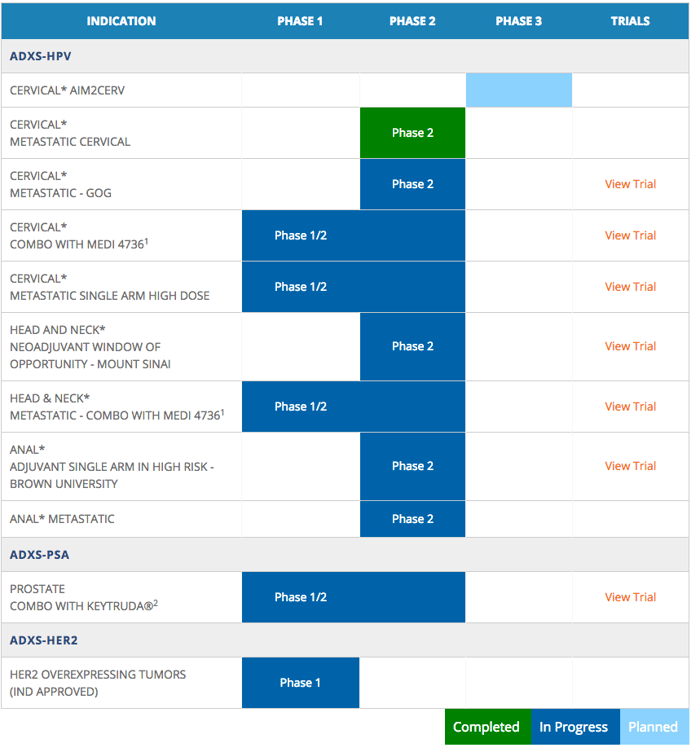 While development on several of these trials appears to be progressing nicely, there wasn't much news reported during the month that would explain the stock's downward movement. Given the space that Advaxis plays in, big movements on little news is not all that surprising.

Now What: There have been several immuno-oncology related stocks that have made huge moves this year as investors have taken a serious interest in the space. Companies like Kite Pharma and Juno Therapeutics surged higher earlier this year on large deals with biotech giants Amgen and Celgene, and newly-public NantKwest made news as the largest ever biotech to go public.

With so much excitement happening in the space, Advaxis shares have been on a wild ride this year, as the company more than tripled in price since the start of the year after posting a series of positive announcements. Shares have come back down to earth since, but still remain up 97% year to date. 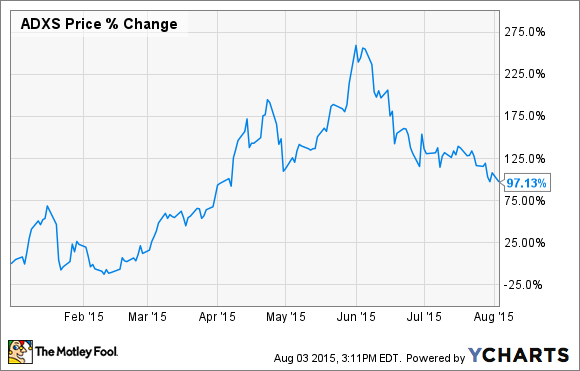 While Advaxis' technology is very interesting, investors should remember that they are playing in a crowded space, and the stock will likely remain high-risk for quite some time. With Advaxis' lead compound just now entering phase 3 clinical trials, it will still be a few years before the company could see any revenue. In addition, the current burn rate of $40 million per year will likely increase as its clinical trial work advances. Meanwhile, with approximately $100 million currently on the balance sheet, the company may need to raise additional capital at some point in the future.

As with any clinical stage biotech like Advaxis, huge stock moves with little news should be expected. Only investors with a high tolerance for risk and a long-term horizon should consider investing in Advaxis.