Small-cap biotechs tend to be walk hand in hand with a huge amount of risk, but that doesn't mean you should banish them from your portfolio altogether, as the rewards from choosing a winner can be extraordinary.

One tell-tale sign that I use to separate potential home-run stocks from the rest of the pack is to look for a small cap with a winning track record in the markets, as I'm a firm believer that winning stocks tend to keep on winning. One of those names for me is Halozyme Therapeutics (NASDAQ:HALO), a small-cap biotech with a focus on creating human enzymes. It's off to a great start since going public about a decade ago, as its returns far outpace the S&P 500.

So what's going right for this small cap, and can investors expect the outperformance to continue? 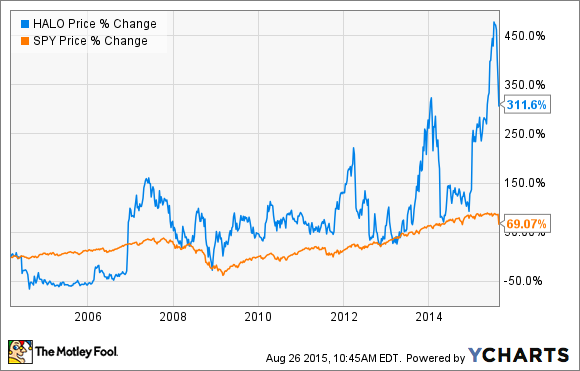 Multiple revenue streams
While most small biotechs tend to be years away from generating revenue, Halozyme has set itself apart from this group, as the company already has established several revenue streams. Between its own proprietary product on the market, royalty payments from drugs its partners sell, and regular collaboration and milestone payments, Halozyme has revenue streams that give it a big leg up over other small biotechs.
Better yet, in addition to having an interesting pipeline, Halozyme comes with a history of successfully crossing the regulatory finish line, as it has already done on four occasions. 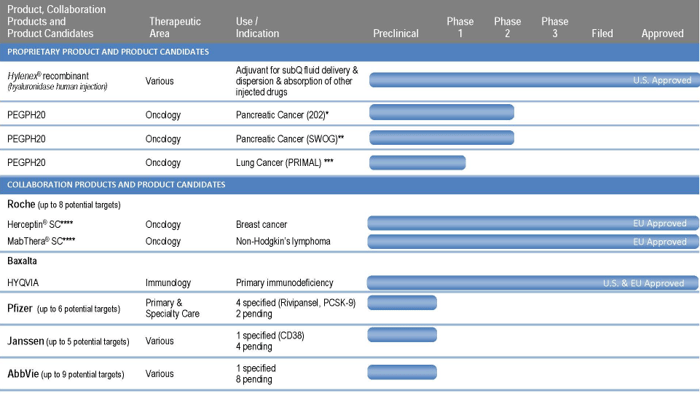 Helping other drugs work better
Rather than simply creating drugs that work on their own, Halozyme has focused its business on helping make other drugs work better. For example, the company has developed a proprietary recombinant human hyaluronidase enzyme, called rHuPH20, that works to temporarily break down hyaluronan, a structural barrier underneath human skin. When fully intact and functioning properly, hyaluronan keeps unwanted molecules from entering the body through the skin, which is very porous. That's normally a good thing, but the hyaluronan barrier can work against us by keeping drugs from being absorbed. 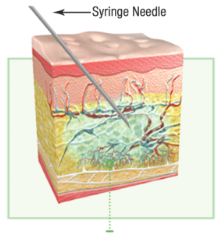 Halozyme has turned its enzyme into a drug called Hylenex, which is injected into skin and works to break down the hyaluronan barrier. Once the barrier is removed, other drugs injected into the area are absorbed more easily, as the removal of the barrier opens up direct access to the lymphatic and capillary vessels. The body then rebuilds the hyaluronan barrier in about two days' time.
Sales of Hylenex aren't exactly huge, reaching slightly more than $12 million during the second quarter of this year. That's nowhere near high enough to tip the company's financial statements into profitability.
Enhanze-ing cancer treatment
Whats really exciting about Halozyme is that its enzyme's usefulness might not just be limited to the skin. The company has found that many types of cancerous tumors appear to have a high level of hyaluronan around them, which appears to create a barrier that keeps anti-cancer drugs from working to their full potential.
To see whether its enzyme can help other anti-cancer drugs work better, Halozyme has created a product candidate called PEGPH20, which is based on its "Enhanze" technology. This product candidate is currently being tested as a treatment for helping other already approved pancreatic and lung cancer drugs work better.
While the ride for PEGPH20 has been anything but smooth, Halozyme recently reported promising clinical results. Interim results from a phase 2 study showed that adding PEGPH20 alongside anti-cancer drugs gemcitabine and Abraxane to treat pancreatic cancer doubled patients' median progression-free survival to 9.2 months from the 4.3 months reported in patients who were treated with only gemcitabine and Abraxane. PEGPH20 also appears to increase the number of patients who respond to the treatments, as the overall response rate came in at 52%, well ahead of the 24% in the control group.
These early clinical results appear to lend credence to the idea that the hyaluronan barrier around tumors is real, and the company has decided to move forward with its phase 3 clinical study, which is expected to start in 2016.
Making believers out of the big boys
Halozyme's technology has made some of the pharma giants take notice, and the company now has several partnerships in place. It's already receiving royalties on sales of Herceptin SC, a drug that Roche sells to treat breast cancer and uses Halozyme's technology. It's also getting royalties on sales of HyQvia, a treatment that helps patients with weakened immune systems. Baxter spinoff Baxalta is marketing that drug.
Halozyme has brought other partners to the fold as well. It has agreements with Pfizer and Janssen, a division of Johnson & Johnson, and more recently it signed a lucrative agreement with AbbVie.
While we're still in the early innings with all of these partnerships, investors should feel good that Halozyme's Enhanze technology is the real deal. If PEGPH20 can continue to show clinical results that help other drugs work better, it appears to have huge potential ahead, as peak sales estimates are currently running around $1.5 billion.
Show me the money
The company squeaked out a $3 million profit this past quarter, primarily from a $23 million initial payment as part of the AbbVie agreement. For 2015, Halozyme expects total revenues of $110 million to $115 million, which will go a long way toward helping the company offset its expenses. All told, the company expects to burn only between $20 million and $30 million for the year, and with $140 million on the balance sheet, the company appears to be in decent financial shape for the foreseeable future.

The Foolish bottom line
Halozyme offers investors a nice combination of revenue coming in the door and huge potential if PEGPH20 turns out to be a winner. I'd like to see a bit more clinical data come in before I could comfortably call the stock a buy today, but for more daring investors, Halozyme appears to be a better than average candidate for the speculative portion of your portfolio.