Apple (NASDAQ:AAPL) and Google (NASDAQ:GOOG) (NASDAQ:GOOGL) are considered fierce rivals on mobile devices, but the companies aren't really direct competitors. Apple generates most of its revenue from hardware sales, while Google mainly relies on ad sales.

Yet both companies haven't been shy about stepping on each other's toes. Google launched Android to compete against Apple's iOS, and the search giant expanded its ecosystem to iPhones and iPads with its own iOS apps. Apple pushed back by launching rival apps like Apple Maps, while ditching Google as the default search engine for Siri and Spotlight.

Yet those were just soft jabs compared to Apple's recent decision to enable developers to create ad-blocking extensions for Safari on iOS 9. Several ad blockers surged straight to the top of the charts after iOS 9 launched, fueling concerns that Google could start missing out on mobile ad revenues from iOS devices.

Is Apple being altruistic or anti-competitive?
Back in June, Apple CEO Tim Cook accused Google and other web-based companies of "gobbling up everything they can learn about you and trying to monetize it" with targeted ads. He warned that people shouldn't ever "make trade-offs between privacy and security," and that "free" services actually came at "a very high cost."

That declaration gave Apple a moral reason to carve Google services out of its ecosystem. That's why it backs up user content to iCloud, forces users to use Apple Maps on CarPlay, and now enables ad-blocking extensions on mobile Safari.

But as altruistic as Apple makes those moves sound, they can also be considered anti-competitive. Apple uses a closed hardware and software ecosystem to lock in users, so booting Google out of that walled garden makes perfect business sense. Moreover, Apple takes a 30% cut of sales of paid ad blockers, and it stated that it doesn't plan to block ads within apps. This means that articles published within the Apple News app will feature ads which generate iAd revenues, while the mobile version on Safari might get its ads cut off -- a strategy which could be considered anti-competitive.

How badly will this hurt Google?
Google generated 75% of its mobile ad revenues from iOS last year, according to analysts at Goldman Sachs. That's equivalent to 14% of its 2014 revenue. Google won't be the only company hurt by Apple's move -- any company which relies on display ads for revenue could also be crippled.

Eyeo, the maker of Adblock Plus on PCs, recently launched a mobile browser which blocks ads without additional extensions. Eyeo claims that mobile ads can consume nearly a fourth of a device's battery, increase data costs, cause pages to load more slowly, and expose users to malware. 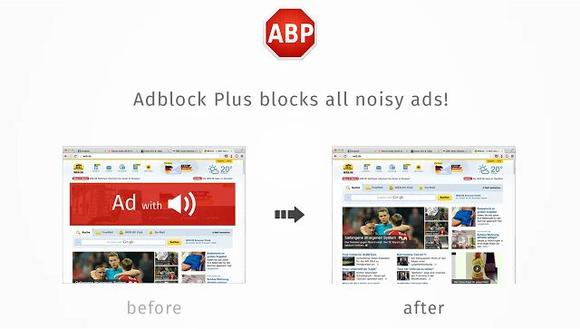 To "whitelist" less intrusive ads, Google and other companies reportedly agreed to pay Eyeo payments "equivalent to 30% of the additional revenues" they would have generated from the unblocked ads. That's a controversial business model, since it basically holds ads hostage until companies agree to pay the ransom. Nonetheless, ad blockers are getting too popular to ignore -- PageFair estimates that total monthly active ad blocker users worldwide skyrocketed from 20 million in April 2009 to almost 200 million in June 2015.

Google gets torn between two roles
An ironic twist is that Google's own browser, Chrome, has become the top platform for ad-blocking extensions. According to PageFair's most recent numbers, Google Chrome accounted for 52% of all mobile ad blocking worldwide, compared to 40% for Firefox.

Mobile Chrome users can block ads with the Adblock Plus app, while mobile Firefox users can install ad-blocking extensions in the browser. PageFair estimates that mobile Safari accounts for 52% of the mobile browsing market, and its ad blocking levels should "trend toward levels seen in the mobile version of Firefox."

This puts Google in a terribly awkward spot. The company would probably love to kill ad blockers, but it would be impossible to do that without a massive public backlash. As a result, all Google can do is pay ad blocking companies to whitelist ads. There were rumors that Google was circumventing AdBlock Plus with its pre-roll ads on YouTube, but Eyeo claims that it was just a bug.

Therefore, marketers and companies like Google will need to reevaluate their display strategies and create less intrusive ads. But until that happens, Google's mobile ad revenues could fall as browser makers and users continue blocking its ads.