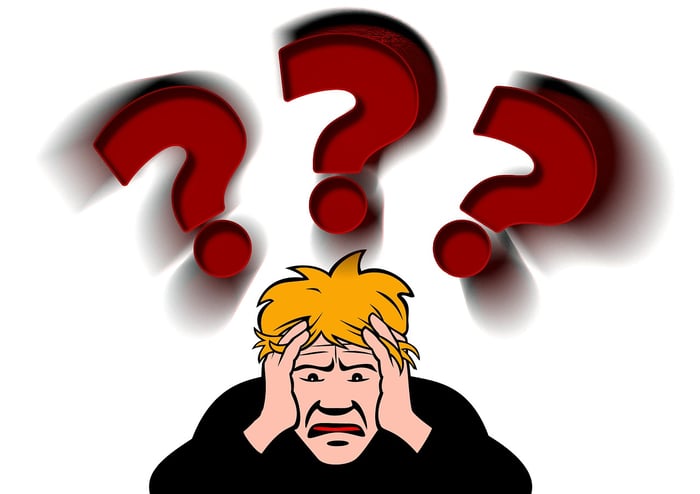 Annuities can be confusing, so don't buy any without asking lots of questions. Image source: Pixabay.

Buying an annuity is a smart thing for many of us to do as we approach and enter retirement. It can generate much-needed income that's guaranteed -- as long as the insurance company behind the annuity remains solvent, as top-rated insurers are likely to do. Still, annuities are far from simple investments, and it's worth reading up on them before buying one.

Here are some questions to ask as you consider buying an annuity.

What kind of annuity is right for me?
There are many kinds of annuities: immediate vs. deferred (paying you immediately vs. starting at some point when you're older), fixed vs. variable (certain payouts vs. payouts tied to the performance of the market or part of the market), lifetime vs. fixed period (paying until death or paying for a certain span of time), and so on. Immediate or deferred fixed annuities are solid options, while other kinds of annuities, such as variable or indexed annuities, are more problematic, often charging steep fees and/or featuring restrictive terms.

Be sure your salesperson isn't earning a free cruise for selling you an investment. Image source: Pixabay.

Am I buying this annuity through the best channel?
If you do your own research on annuities and figure out what kind you want to buy and then approach one or more insurers directly in order to buy an annuity, that can be far better than dealing with a pushy salesperson who might not have your best interest at heart. As Sen. Elizabeth Warren (D-Mass.) has pointed out, many annuity salespeople are pushing annuities in order to earn non-cash incentives such as trips to the Bahamas. Ask a lot of questions of any salesperson you're dealing with. How are they compensated? What do they stand to get if they sell you an annuity? Cash, a trip, or any other kind of reward? How much experience do they have? Annuity expert Stan Haithcock suggests asking the salesperson to really stand behind what they're saying, as they can make various not-so-great investments sound too good to be true:

... a good practice is to write down everything the agent said and how you translated their sales bullet points. After listing how you understand the product will work, simply sign and date the paper and have the agent do the same. If they sign it, they own what they said and promised.

Ask about similar or alternate annuities offered by other insurers, so that you're not only presented with one company's offerings. If the salesperson only sells one insurer's products, look into other insurer's offerings anyway, either through a different salesperson or the company itself. Ask what the "free look" period is in your state, too, because you probably have the right to get your money back within a certain period.

Is the insurer behind the annuity I'm considering highly rated
Buying an annuity issued by a shaky insurer is putting your money at risk. Look for high marks from credit rating agencies. Here are the top ratings from the major agencies:

Other ratings can also be pretty good and don't necessarily require disqualification, but favor insurers with very high ratings for maximum safety. You might also divide the amount you want to spend on an annuity into several chunks, using them to buy smaller annuities from several highly rated insurers. Know that a big insurance company might have several subsidiaries , each with its own rating. So be sure to find and assess the rating for the entity that will be issuing your annuity.

What will this annuity cost?
All annuities come with fees and expenses, so be sure to consider them as you shop around. With fixed annuities, the costs are factored into the interest rate in the contract, lowering it.

With variable annuities, there are likely fees for mortality and expense risk, along with general administrative fees. In addition to that, since variable annuities let you invest the money in your account in mutual funds and other securities, many of the securities you select, such as mutual funds, will charge fees of their own. It's not unheard of for variable annuities to charge 3% or 4% annually, which is quite high and will make many alternatives much more appealing. For example, the simple Vanguard S&P 500 Index fund charges just 0.17% and was recently yielding close to 2%. It tracks the S&P 500, so it could fall in value now and then, but over long periods it's likely to keep rising while paying out some dividend income as well. Don't think that annuities are your only options or the only reasonable ones.

Ask about all fees associated with any annuity you're considering. You might also ask what the exact cost will be, in dollars, in your first year. Keep in mind that the more bells and whistles you add to your contract, such as adjustments for inflation, the greater the cost will be.

What features do I want in my annuity?
Ask about the different features you can include in the annuities you're considering. Do you want your payouts to be adjusted for inflation? (That's smart if you expect them to be paying for decades.) Do you want payouts to simply end when you die, no matter at what age, or do you want to have a guaranteed minimum total benefit, received by you and/or your beneficiaries? Do you want the annuity to cover just you and your life or that of a spouse, too?

What are the worst-case scenarios?
Don't just get enticed by what an annuity could do for you under the best conditions. Ask about bad conditions as well. What if you want to withdraw your money in the first or second year? Can you? How much will it cost? Many annuities will charge "surrender" fees that can top 5% for money withdrawn in the first few years -- and some insurers offer alternative versions of certain annuities with lower surrender fees.

With annuities whose performance is tied to the overall market or a particular index, explore how your account's value and your income will be affected by different market conditions. Stan Haithcock suggests asking:

If I invest $100,000 today, what will the contract value be in one year if the market increases, falls, or stays flat? This question is much trickier than it may appear. Annuity contract net return calculations can be very complicated and are rarely straightforward. Consider all fees, and in the case of equity index annuities, the formulas that might be applied to calculate total return. If you [or your selling agent] cannot answer this question about an annuity contract with absolute certainty, you should pass.

Be prepared to find out that with some annuities, a flat market year might result in a reduced account value due to fees.

Annuities are not for everyone, but they might play a valuable role in your retirement plan -- as long as you take the time to learn about them, ask the right questions, and buy ones that are appropriate for your needs. Don't leave your retirement to chance and end up over-relying on Social Security.