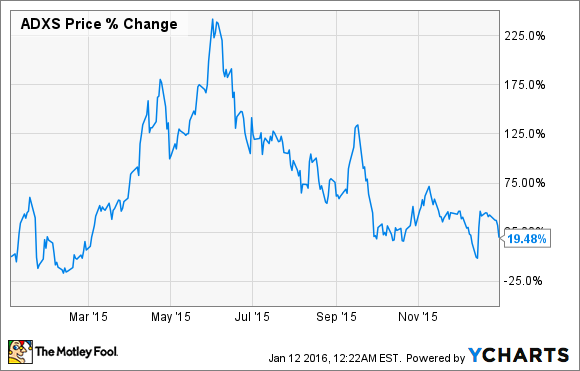 What: According to S&P Capital IQ, the clinical-stage cancer immunotherapy company Advaxis (NASDAQ:ADXS) gained almost 20% last year. The stock's rise was due to the growing excitement over cancer immunotherapies in general, combined with Advaxis's unique position in the field as one of the few companies working on bioengineered bacteria.

So what: Immunotherapy has proven to be a major step forward in the battle against cancer following the relatively recent approvals of game-changing checkpoint inhibitors such as Merck & Co.'s (NYSE:MRK) Keytruda. Unfortunately, the vast majority of patients still fail to respond to these treatments as monotherapies.

That's why big pharma has taken a keen interest in novel cancer immunotherapy companies like Advaxis over the past 18 months. The basic idea is to explore the potential use of combination treatments to provide a broader, and perhaps even deeper, therapeutic response across a wide diversity of cancers.

AstraZeneca and Merck, for instance, have both partnered with this small-cap biotech to assess the safety and efficacy of potential combination therapies composed of their lead checkpoint inhibitors and Advaxis' bioengineered bacterial candidates axalimogene filolisbac and ADXS-PSA, respectively.

Now what: Last month, the U.S. Food and Drug Administration lifted its clinical hold on all of Advaxis' Investigational New Drug applications. As a result, Advaxis' ongoing early and mid-stage trials with Astra and Merck can now proceed according to plan. 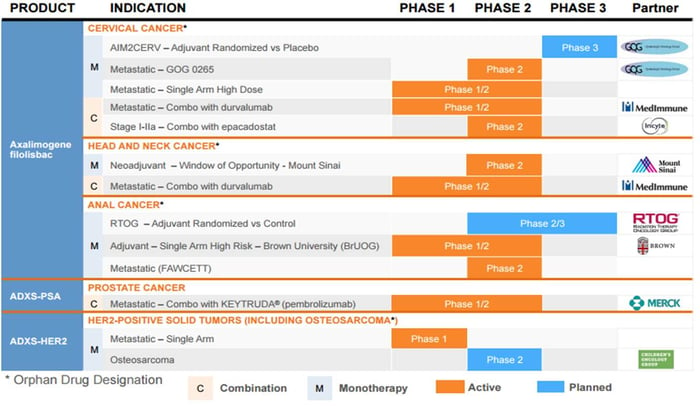 With these collaborative studies reportedly on track to complete enrollment for their initial stages in the first half of this year, investors should probably be on the lookout for some preliminary data releases, perhaps in the second half of 2016. Until then, however, investors may want to sit tight on this speculative biotech, especially since there is so little known about the safety of combining cancer immunotherapies as a whole.