In a flagrant example of the way in which share buybacks are misunderstood, a Wall Street analyst is criticizing Apple's share buyback program. 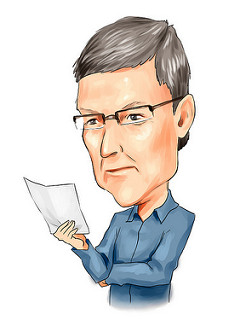 Share buyback programs have been hugely popular in the post-crisis era. Unfortunately, they're one the most misunderstood topics when it comes investing and corporate finance.

Many corporate managements don't understand them (or they act as if they don't) and neither do many Wall Street analysts, despite often having an academic background in finance.

That misunderstanding sparked one analyst, Trip Chowdry of Global Equities Research, to suggest that Apple chief finance officer Luca Maestri and, by implication, CEO Tim Cook, are behaving like lunatics.

Obviously, share buybacks and dividends are not working. And somehow, the current CFO thinks doing the same thing over and over again may generate different results.

Why does Chowdry believe "share buybacks and dividends are not working"?

Indeed, anyone with an Internet connection can observe Apple's stock price on a second-by-second basis. In that context, there is a quick and straightforward litmus test for whether or not a buyback is working: Is the stock higher or lower than it was before the share repurchase program was announced?

The problem is that while this "quick and straightforward" litmus test is quick, it's also completely wrongheaded. Why? The following observation is crucially important:

Perhaps that sounds counterintuitive to you; perhaps you even think it's an outright falsehood -- in which case I urge you to think about the following statement:

It comes down to this simple question (simple conceptually, that is): Is the company getting a "good" expected return on its investment if it decides to repurchase its own shares? The answer to that question depends on a comparison between the stock's market price and its intrinsic value.

(If you'd like to learn more about the topic, I strongly recommend you review Warren Buffett's 1999 Chairman's Letter to shareholders of Berkshire Hathaway.)

Apple is actually one of the smartest companies out there in terms of the way in which it thinks about and implements its share repurchase program.

For example, a year ago, when the stock fell 8%, following the release its quarterly results, the company was "aggressive" and "opportunistic" (Tim Cook's words) in buying back $14 billion worth of shares over a two-week period.

Chowdry has it backwards: When it comes to share buybacks, Apple's management are no lunatics. In corporate America at large, and on Wall Street, however, the lunatics have overrun the asylum.

Alex Dumortier, CFA, has no position in any stocks mentioned. The Motley Fool owns shares of and recommends Apple and Berkshire Hathaway. Try any of our Foolish newsletter services free for 30 days. We Fools may not all hold the same opinions, but we all believe that considering a diverse range of insights makes us better investors. The Motley Fool has a disclosure policy.