Please ensure Javascript is enabled for purposes of website accessibility
Log In Help Join The Motley Fool
Free Article Join Over 1 Million Premium Members And Get More In-Depth Stock Guidance and Research
By Leo Sun - Feb 9, 2016 at 7:43AM

The House of Mouse teams up with China’s biggest Internet company.

In the future, ESPN will contribute additional articles along with live streams of the NCAA championships, other college basketball games, and the X Games. The financial terms of the deal weren't disclosed.

QQ started as an instant messaging service but has since expanded into an online ecosystem of social games, music, shopping, microblogging, news, and movies. Last quarter, Tencent reported that QQ had 850 million monthly active users (MAUs).

Russell Wolff, executive VP of ESPN International, declared in a statement that the deal would enable the network to "serve millions of Chinese fans and bring our coverage of basketball, international soccer, and other sports to them like never before."

Disney's ESPN problem
Disney shares have fallen 15% over the past six months because of concerns about cord cutters weakening its cable subscriber base. Between the fourth quarters of 2014 and 2015,Disney's number of ESPN/ESPN2 subscribers declined from 95 million to 92 million. The Disney Channels, ABC Family, and A&E all posted similar declines.

Those numbers spooked investors, because Disney's cable business generated 31% of its revenue and 47% of its operating income last quarter. However, many investors overlooked the fact that ESPN's international subscribers rose, from 115 million to 127 million. Disney's other overseas networks posted similar gains.

Thanks to that shift and higher subscriber fees, Disney's cable revenue and operating income respectively rose 12% and 30% annually -- figures that indicate that cord-cutting fears could be overblown. Disney also previously told investors to focus on ESPN's digital ecosystem growth across websites and apps instead of simple subscriber numbers. 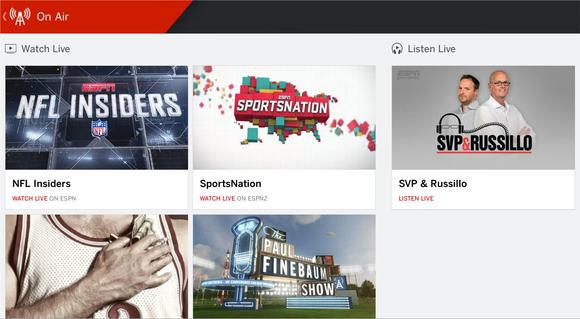 ESPN's international strategy
Disney has been readjusting ESPN's overseas business over the past few years. In 2012, it sold its 50% stake in ESPN Star Sports, a pan-Asian sports channel, to the company now known as 21st Century Fox (FOX). At the time, ESPN President John Skipper stated that it was selling its stake after 16 years to "independently pursue future opportunities in Asia" under the standalone ESPN brand.

The following year, Disney sold its U.K. and Ireland ESPN channels to BT Group (BT) after its U.K. soccer-league rights expired, but it still maintains a digital presence there.

Last November, Sony (SONY 1.14%) signed a deal with Disney to bundle its cable channels into the PlayStation Vue Internet TV service. In January, the two companies relaunched ESPN in India, where the network had been absent after Disney ended its partnership with Fox.

Why Tencent matters
In China, the majority of sports fans watch NBA games on computers, tablets, or mobile devices. That's why it makes sense for Disney to partner with Tencent. That alliance could also pave the way for other interesting deals. In addition to QQ's 850 million users, Tencent owns the monolithic messaging app WeChat, which has 650 million MAUs, as well as League of Legends -- one of the top e-sports games in the world.

Disney has been dabbling in e-sports over the past year. Disney XD aired two e-sports broadcasts with Nintendo, and ESPN placed ads for several e-sports positions last September. By integrating ESPN with Tencent's ecosystem, Disney could develop a hybrid platform for traditional sports and e-sports for a Chinese audience.

Tencent's QQ and WeChat platforms are both integrated with mobile games. With Tencent's help, Disney's mobile games -- which power its Interactive division -- could reach more Chinese mobile gamers. Demand for Disney games might also spike with the opening of the Shanghai Disney Resort in June.

But let's not get ahead of ourselves
Disney's deal with Tencent is a positive development, but investors probably won't be able to gauge the financial benefits until the second half of the year. Until then, Disney has to convince investors that cord-cutting fears are overblown, and that its digital initiatives can diversify its business away from traditional pay TV platforms. Investors should keep an eye on these developments when the House of Mouse reports its first-quarter earnings on Feb. 9.