Please ensure Javascript is enabled for purposes of website accessibility
Log In Help Join The Motley Fool
Free Article Join Over 1 Million Premium Members And Get More In-Depth Stock Guidance and Research
By Alex Dumortier, CFA - Feb 16, 2016 at 11:28AM

U.S. stocks are higher in early afternoon trading on Tuesday, with the Dow Jones Industrial Average (^DJI 1.53%) and the S&P 500 (^GSPC 1.79%) up 1.06% and 1.31%, respectively, at 12:24 p.m. ET. Traders are probably taking succor from European Central Bank (ECB) president Mario Draghi's positive comments on the European banking sector and his renewed assurance that the ECB stands "ready to do its part." The news that Saudi Arabia and Russia will freeze oil production has also buoyed spirits (although oil itself has given up most of the 6%-plus gains it achieved earlier today). Shares of the market's market-capitalization leaders, Apple and Google parent Alphabet, are outperforming, up 2.07% and 1.04%, respectively. 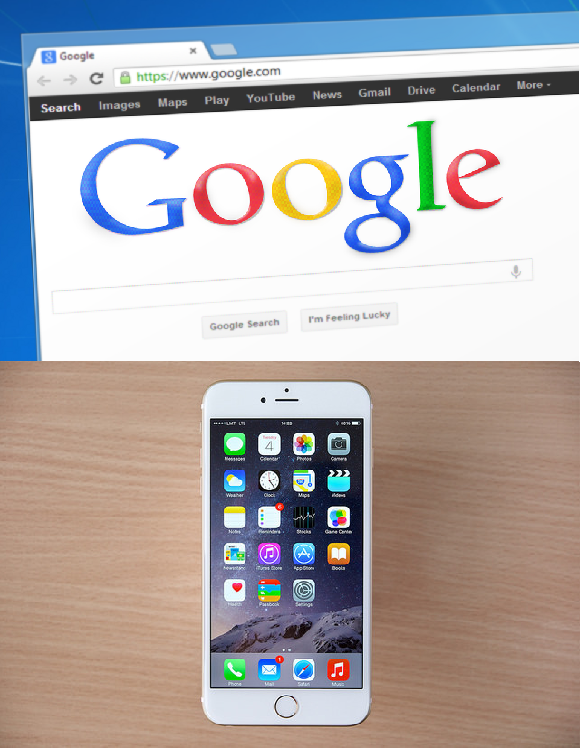 Alphabet and Apple's flagship products: Search-driven advertising and the iPhone. Created by the author based on images by Kārlis Dambrāns and Bo-Yi Wu, republished under CC BY 2.0.

I have said this before: If you're a serious fundamental investor (or want to become one), Aswath Damodaran's blog, Musings on Markets, and his website, Damodaran Online, are invaluable resources (Damodaran teaches finance at New York University's Stern School of Business). In his latest blog post, he compares two companies that briefly exchanged the title of most valuable company at the beginning of the month: Apple, which has now regained the top spot, and Alphabet.

For long-term investors, understanding the quality of a business is vital. On that measure, Damodaran has a clear favorite:

If I were to pick a better business at the moment, it has to be Google. The company's core is strong and will get stronger and the biggest threat it faces, i.e., that the way we look for things may change from search engines to social media sites, is more distant than the one faced by Apple.

But the better business doesn't always the better investment make. What is missing to make that assessment is a comparison of price paid versus intrinsic value received.

The first step for Damodaran is thus revisiting his valuation of Apple in light of the company's most recent quarterly results:

My assessment of Apple's value in November of 2015 was $134/share, but more importantly, the narrative that I had for Apple was that of a slow-growth, cash rich company..., with operating margins under pressure... and a very low probability of a difference-making disruption.

The net effect is that my narrative changed little, and using a slightly lower revenue growth rate (2.2% instead of 3%) leads me to an updated assessment of value per share of $126 in February 2016 and almost all of the difference is coming from a repricing of risk (higher equity risk premiums and default spreads in the market)... At the price of $94 at close of trading on February 12, 2016, Apple looks under valued by about 25% and at least based on my distribution, there is a more than 90% chance that it is under valued.

In other words, even though shares have lost 17% since its October earnings release, it's steady-as-she-goes as far as their intrinsic value is concerned, such that Ben Graham's margin of safety -- the gap between price and value -- has widened to a fat 25%.

In November 2015, my narrative for Google was that it would continue to be a dominant and profitable player in a growing online advertising market... I left my original narrative largely intact, with revenue growth remaining at 12% and pushed up the target pre-tax operating margin to 32%, and arrived at a value per share of $631/share.

At $682.40, the price at which the class C shares were trading at on February 12, 2016, the stock is trading at about 8% above the median price, with a 35% chance of being under valued. Since these shares have no voting rights, attaching a value to voting rights, will make the shares a little more over priced.

The conclusion (assuming you agree with Damodaran's above analysis) is inescapable:

Both Apple and Alphabet are good businesses, but as an investor, my money is on Apple, rather than Alphabet, at the prevailing price:

A business of superlative quality priced at a discount to its intrinsic value, Apple presents an attractive opportunity for any value-conscious investor. To buy Alphabet, on the other hand, you're making a bet on expectations-beating growth and profitability. I agree with Damodaran: The risk-reward trade-off of the former looks a lot more compelling.

Perhaps that is the result of my risk-averse value bent. Damodaran himself notes, "I would hasten to add I have never owned Google, as an investor, and that may reflect the fact that I continually under estimate the profit-making power of its online advertising engine." Business quality can swamp margin of safety when one is too conservative in estimating intrinsic value.

Suzanne Frey, an executive at Alphabet, is a member of The Motley Fool's board of directors. Alex Dumortier, CFA has no position in any stocks mentioned. The Motley Fool owns shares of and recommends Alphabet (A shares), Alphabet (C shares), and Apple. Try any of our Foolish newsletter services free for 30 days. We Fools may not all hold the same opinions, but we all believe that considering a diverse range of insights makes us better investors. The Motley Fool has a disclosure policy.