Please ensure Javascript is enabled for purposes of website accessibility
Log In Help Join The Motley Fool
Free Article Join Over 1 Million Premium Members And Get More In-Depth Stock Guidance and Research
By Ashraf Eassa – Feb 17, 2016 at 11:15AM

Official information from this graphics specialist contradicts this rumor.

A while back there were rumors that NVIDIA (NVDA -0.36%), which develops graphics processors and graphics-heavy low-power system-on-chips, planned to turn to Samsung (NASDAQOTH: SSNLF) for the manufacture of its next generation Tegra processors. TSMC (TSM -2.33%) has traditionally been NVIDIA's main manufacturing partner.

Much to my surprise, there are some investors that still believe that the upcoming NVIDIA Tegra processors will be built at Samsung. Based on what NVIDIA has said publicly, these chips should be TSMC built.

The next generation Tegra processor, according to NVIDIA, is built on a 16-nanometer FinFET manufacturing process, as you can see below: 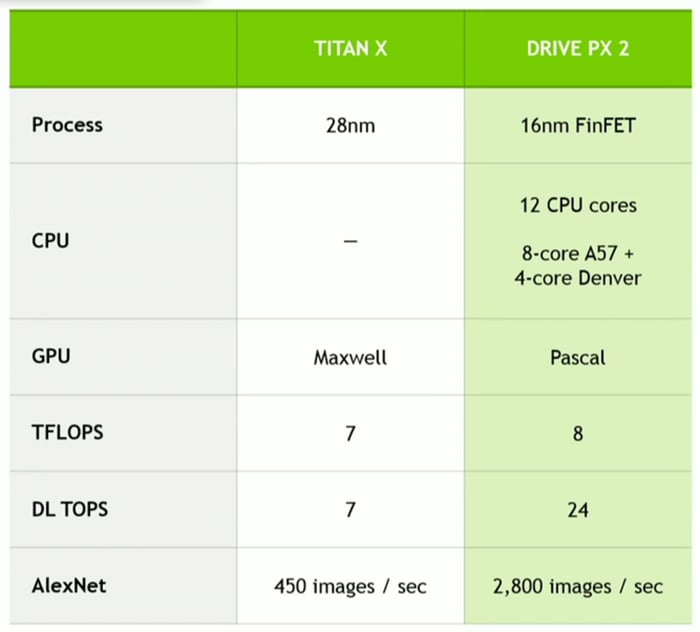 Given that TSMC calls its latest technology node "16-nanometer" while Samsung's is known as "14-nanometer," it is a safe bet that this next generation Tegra chip is built by TSMC, not by Samsung.

Implications for TSMC
The good news for TSMC is that it will recognize revenue and profit from whatever volumes of 16-nanometer Tegra processors that NVIDIA sells. Capturing revenue is generally better than letting a competitor have it.

However, it's important to realize that these days NVIDIA's Tegra volumes likely aren't all that big. The company has effectively exited the smartphone market, and I don't think we'll see this new Tegra chip inside of more than maybe one or two niche, low-volume tablets.

In other words, the Tegra chips likely aren't going to be a big volume win for TSMC.

The more important thing here is that NVIDIA will use TSMC for the Pascal GPUs
Even though Tegra isn't a big volume runner, NVIDIA's stand-alone graphics processors likely drive quite a bit of wafer volume. Industrywide unit shipments of discrete GPUs are in the tens of millions of units annually, and stand-alone GPUs (particularly gaming-oriented ones) tend to take up quite a lot of chip area.

NVIDIA's share of the overall discrete GPU market is quite high and, barring a significant share shift in the coming product cycle, the company should consume a respectable amount of TSMC's 16-nanometer wafer volume in the coming years.

The real battle between TSMC and Samsung is in mobile
Although where NVIDIA manufactures its chips is interesting to watch from a foundry perspective, the reality is that what will truly "make or break" a foundry is where the major mobile processor vendors build their chips.

TSMC admitted well in advance that in 2015, it would have lower 14/16-nanometer foundry share than Samsung. Indeed, Samsung won the majority of Apple's (AAPL -1.51%) A9 processor orders and the first couple of FinFET chips from major mobile fabless vendor Qualcomm (QCOM -2.01%) are built at Samsung.

That said, TSMC seems confident that for this year, the situation will reverse and that it will have more than 70% foundry 14/16-nanometer share during the year. I suspect that TSMC is banking on winning 100% of the Apple A10 orders (something that has been widely reported for months now), and it's likely that MediaTek's first FinFET chips will be built on TSMC's 16-nanometer technology.

To achieve its goal for the full year, though, the Taiwan-based foundry will likely need to have orders lined up from a broad range of non-mobile customers (including NVIDIA) as well.

It'll be interesting to see how accurate TSMC's market share prediction ultimately proves as the year winds to a close.