How investors should view these struggling tech stocks.

Much like the recent celebrations of the Chinese New Year, the earnings season for technology investors saw its fair share of fireworks.

Though it produced several successes, this quarter's crop of earnings reports also featured the most disappointments of any quarter in recent memory, with names such as Amazon.com (AMZN 3.15%), GoPro (GPRO 0.54%), LinkedIn (LNKD.DL) stumbling along with several other high-profile tech companies.

So as we sift through the rubble in search of opportunity, let's review the earnings meltdowns at Amazon, GoPro, and LinkedIn to see how investors should approach their shares. 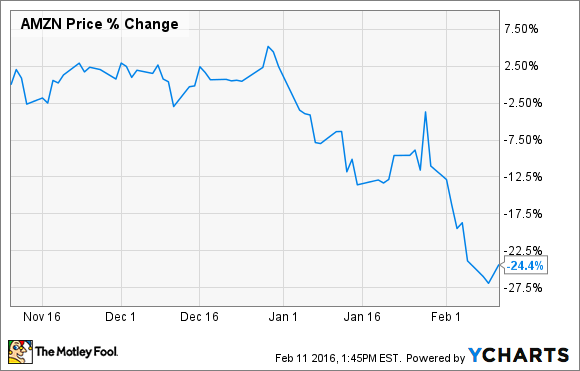 But for those familiar with the company's long-term land-grab strategy, Amazon's report should have come as no surprise. Here's a quick snapshot of Amazon's performance.

In the big picture, Amazon remains laser focused on its strategy of aggressively cutting costs and lowering prices to gain market share in both cloud computing and e-commerce, two massive long-term secular growth markets still in their infancy. So given its practice of managing profits to what it views as the minimally acceptable level, orienting its strategy toward snapping up market share seems the more appropriate path to creating dominant long-term positions in its core markets. Especially given the recent selling pressure on its shares, Amazon is becoming an increasingly intriguing option for tech investors today -- a sentiment I don't think can be argued for GoPro.

2. GoPro
The uber-volatile action-camera maker simply can't catch a break. After announcing preliminary earnings on Jan. 13 that registered markedly below its previous guidance, GoPro came through with an earnings announcement last week that triggered yet another knee-jerk downward move in its shares. 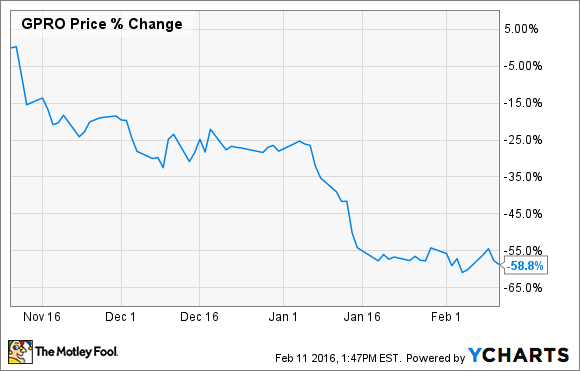 Unlike Amazon's earnings, GoPro's recent report offered few silver linings. Faced with a raft of similar products flooding the market and perhaps a smaller potential customer base than previously assumed, GoPro may be looking at less of a market opportunity than many investors imagined. Here's how the company's financial performance broke down in the recent quarter.

In addition to sales grossly missing their estimates, device sales also slowed markedly during the quarter. GoPro shipped a total of just over 2 million devices, down 16% from the 2.38 million units it sold Q4 of last year. From just about every angle, it appears GoPro's business momentum has stalled.

As GoPro limps onward, the core investing question is likely to shift to whether the company can ever attain long-term profitability. I've always been skeptical about GoPro's investing thesis. To me, there was just never a meaningful enough degree of differentiation between GoPro's products, which left the door open for the explosion of competitors we've seen enter the market in recent years. The annals of tech investing are littered with innovative hardware companies that eventually become commoditized. The smartphone and PC markets are two noteworthy examples, and a similar fate for GoPro seems plausible unless the company can rapidly improve its product-development roadmap.

3. LinkedIn
Among the tech companies highlighted here, business social networking site LinkedIn's shares were savaged the most. However, this drubbing also makes LinkedIn's shares perhaps the most interesting for investors. 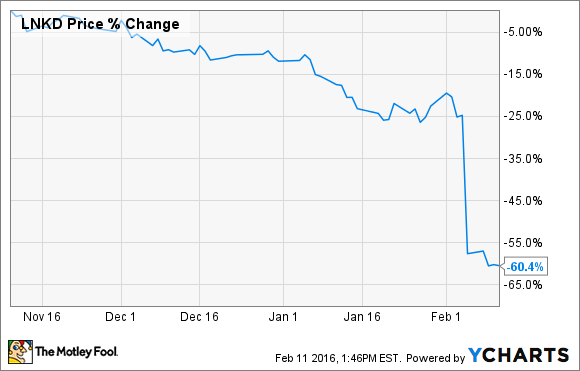 LinkedIn actually beat analyst estimates in its Q4 report. And though its forward-looking guidance came in softer than expected, the subsequent sell-off it ignited seems overblown.

For the coming year, LinkedIn stated it expects to earn earnings-per-share between $3.05-$3.20 on revenue somewhere between $3.6 billion-$3.65 billion. This fell short of analysts' average expectation of EPS of $3.67 on revenue of $3.9 billion. Though not necessarily clear, it's likely this lower-than-expected forward guidance rattled investors at a time when growth investors have proven especially jumpy. Amid the market's volatility in the past month, tech-related stocks have underperformed the broad market by a factor of nearly 2x. What's more, as we saw in the case of Amazon and GoPro, the market clearly won't not hesitate to punish companies of all qualities for showing the slightest sign of slowing growth in the current market environment. As painful as it can be for its shareholders, LinkedIn appears to have picked the wrong time to provide the market an earnings report causing even the slightest modicum of fear to jumpy growth investors.

Looking to the quarter itself, LinkedIn actually performed quite well, beating analyst's estimates on both the top and bottom lines. Full-year revenue grew 35%. The company continued to add users, and LinkedIn made observable improvements within each of its three core revenue segments.

Worth noting, like most tech companies, LinkedIn did use a fair amount of stock-based compensation (SBC) in order to attract talent, which weighed on its GAAP results. LinkedIn awarded $134 million in SBC to employees, a non-cash expense. However, based largely on the magnitude of LinkedIn's SBC, its GAAP and non-GAAP net income came in at -$8.4 million and $125 million respectively.

Stock-based comps notwithstanding, LinkedIn posted a relatively impressive performance for the quarter. The company still expects to grow at over 20% in 2016, and it has a clear path toward profitability for its three core reporting segments. What's more, trading at 25 times its forward earnings, LinkedIn presents a strong case in favor for buying at these "depressed" prices, especially considering its sound long-term competitive positioning. True, growth is slowing, like all maturing companies. However, with sales still set to climb well into the double-digits for the year ahead, LinkedIn's investing thesis remains anything but broken.