Please ensure Javascript is enabled for purposes of website accessibility
Log In Help Join The Motley Fool
Free Article Join Over 1 Million Premium Members And Get More In-Depth Stock Guidance and Research
By Michael Douglass - Mar 8, 2016 at 9:04AM

Biogen and Celgene are both great stocks. But there can be only one winner. 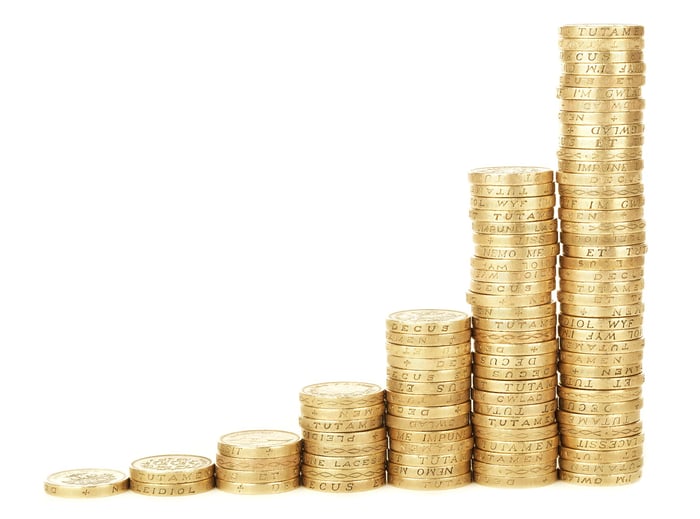 Biogen (BIIB 0.26%) and Celgene (CELG) are both excellent companies, and I'm a proud shareholder of both. But in a battle between these two excellent growth stocks (which I view as two cornerstones to any new healthcare investor's portfolio), there can be only one winner. Here's my pick for best.

Talk about impressive opportunities
Biogen has had strong success in treating multiple sclerosis and hemophilia, and management is directing research into a rapidly expanding group of difficult-to-treat diseases. And it's an impressive lineup of therapies: aducanumab in Alzheimer's disease, nusinersen in spinal muscular atrophy, and anti-LINGO for MS (which has the potential to slow or perhaps even stop the damage that MS does to the myelin sheaths in patients' nervous systems). All of these drugs are in phase 2 or 3, and each has an intriguing data set that, if it bears out in late-stage trials, could spell a fundamental shift in patient treatment for these terrible diseases.

There's also significant chance of failure, particularly in the case of aducanumab, as Alzheimer's drugs have an enormous fail rate -- for example, one study showed that 99.6% of AD drugs in clinical trials from 2002 to 2012 failed to make it to market. Nonetheless, that risk is balanced by just how big any one of these drugs could be if approved -- analysts have estimated either anti-LINGO or aducanumab as potential $10 billion annual peak sales opportunities, and given that Biogen reported about $11 billion in revenue last year, that's big potential growth management can achieve if a drug succeeds.

Celgene's pipeline isn't stacked with as many mid- and late-stage potential megablockbusters. But the company still has a number of interesting drugs -- and, more excitingly for a long-term investor, a truly impressive R&D superstructure. Celgene relies on a broad network of clinical-stage biotechs to generate drugs, which it then licenses or co-develops. I've previously written about Celgene's superb drug acquisition methods, so if you're interested in learning more about Celgene beyond the scope of this article, give that a read.

Of course, there are problems
Even though I own both stocks, each has issues. Biogen's blockbuster oral MS therapy Tecfidera has seen its growth trajectory flatten after its label was updated to reflect its association with cases of primary multifocal leukoencephalopathy (PML). While management is working to turn Tecfidera's marketing around and return the drug to growth, PML on the label is an undeniable, significant setback.

Celgene is in some ways in danger of being a victim of its own success. It's very dependent on multiple myeloma drug Revlimid, which provided 63% of the company's $9.3 billion in 2015 revenue. Now, that's a testament to Celgene's fantastic work adding to the drug's indications and marketing it effectively, but it's still a little nerve-wracking to have so much of a company's viability tied up in one drug. Fortunately, Celgene is gradually diversifying away from Revlimid (in 2014, the drug made up 65% of Celgene's top line) with cancer drug Abraxane and autoimmune disease drug Otezla rapidly growing sales.

If Celgene's current problems sound less, well, problematic than Biogen's, it's because they are. The company is firing on all cylinders, and it's significantly derisked compared with Biogen. That's reflected in their different valuations -- Biogen is currently trading for around 17 times 2015 earnings, while Celgene trades for roughly 51 times earnings.

And the winner is...
Let me re-emphasize: Both are great companies. And I think Biogen is overly cheap given its very real drug growth opportunities. But I have to give the nod to Celgene. Where Biogen has stumbled with Tecfidera, Celgene has soared with Revlimid. And while Celgene remains overly reliant on Revlimid, it's rapidly diversifying its marketed drugs and working with a truly impressive collection of drug generators in its partner biotechs. For long-term investors, I think Celgene is the safer bet.