The sun isn't shining on Vivint Solar stock. Where should you turn instead? 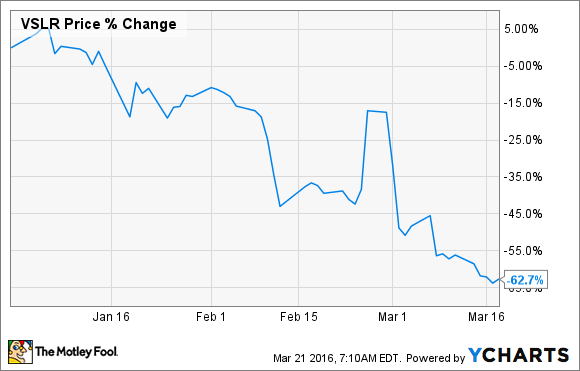 Vivint Solar (VSLR) stock has plummeted 63% so far for 2016. With its rising costs and a bow out from a buyout, many investors are wondering whether the stock is still worth it. For those looking for sunnier alternatives, here are two solar stocks that are better buys than Vivint Solar.

1. SolarCity
In the world of solar stocks, there are three major types: residential installers, commercial/utility-scale installers, and manufacturers. Both Vivint and SolarCity Corporation (SCTY.DL) are primarily focused on residential rooftop solar power systems, and it's clear that SolarCity has the upper hand.

On fundamentals alone, it's hard to consider these stocks equals. SolarCity's $400 million in revenue is more than six times Vivint's, and its gross profit margin clocks in at 30%. Vivint, which has yet to pull in gross profit, continues to see its margins in the red. 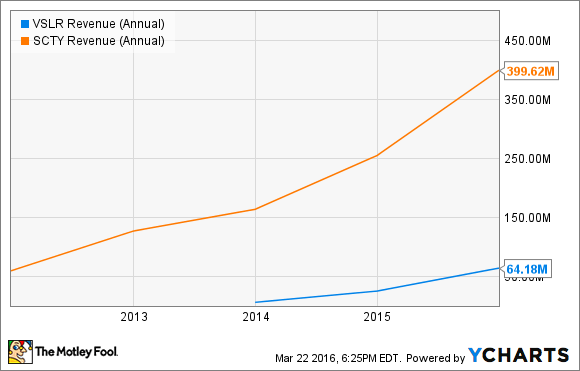 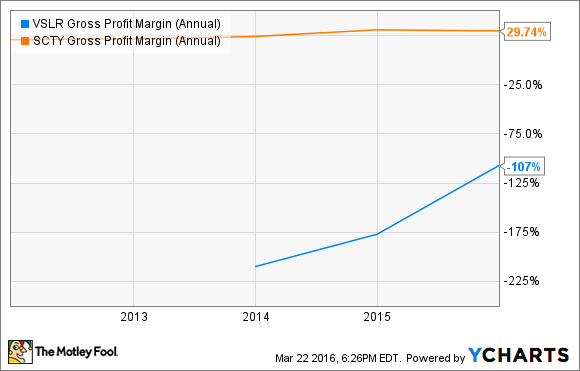 For residential solar companies, keeping costs down is ultimately what keeps customers and cash coming in. Over the past year, SolarCity managed to shave $0.15 off its costs per watt to bring its price tag down to $2.71. Over the same period, costs at Vivint actually went up $0.16 to $3.12 per watt. SolarCity isn't just bigger than Vivint Solar -- it's cheaper, too.

2. First Solar
For many solar investors, staying away from residential solar altogether is a mantra they repeat every night before they go to bed. Among such investors, First Solar (FSLR -2.82%) is arguably the most reliable solar stock around.

As fellow Fool Travis Hoium puts it, "First Solar knows what it is." It builds utility-scale solar plants and sells them, often alongside "toll booth" revenue-generation operating and maintenance contracts. While utility-scale solar benefits from many of the same regulatory benefits that residential solar does, it doesn't rely on tax credits to make itself affordable. According to First Solar, its systems are cost-competitive with many of today's conventional energy sources, including coal and nuclear power.

First Solar also boasts some of the strongest fundamentals around. Not only does its revenue clock in at an industry high of $3.6 billion, it's been profitable for the past three years and currently holds about $1.8 billion in cash in its coffers, ready to either build on its steady and predictable business model or get First Solar through a rainy day. 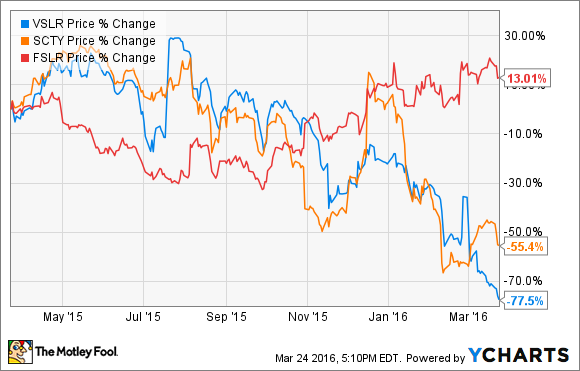 It may be tempting to look toward Vivint Solar as a turnaround story -- the tried-and-true bragging rights of buying at the bottom. But when a company is in as much financial trouble as Vivint and relies on an unproven business model, there's no telling where that bottom truly lies. The entire solar industry is still a risky investment, and only investors with no downside worries whatsoever should think about buying shares of Vivint Solar. There are better buys out there, and these two stocks are an excellent place to start looking.