A lawsuit more than a decade in the making could cost Las Vegas Sands big.

Sheldon Adelson and Las Vegas Sands (LVS -1.66%) are facing a huge headache in the form of a lawsuit from a former business partner in Asia. Asian American, which is run by Taiwanese businessman Marshall Hao, is suing for 70% of the company's profits in Macau between 2004 and 2022. If successful, the suit would cost Las Vegas Sands $8 billion -- and the bad news is that a Macau court has ruled against a motion to dismiss the case, so for now it looks like we're heading toward a trial.

How Las Vegas Sands got here
In 2001, Las Vegas Sands was looking to enter the Macau market, which was being opened up to outside competitors for the first time. It partnered with Asian American to work on a bid, but soon Las Vegas Sands replaced the company with Galaxy Entertainment as a partner. 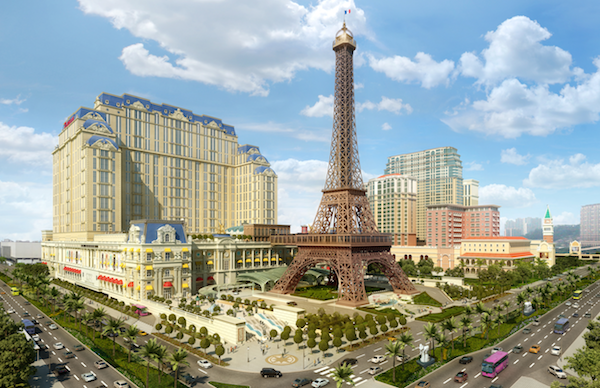 A rendering of The Parisian, currently under construction in Macau. Image source: Las Vegas Sands.

It's this ending of the partnership and move to Galaxy that has led to the lawsuit. Asian American is alleging that Las Vegas Sands broke the terms of their partnership agreement and used designs and trade secrets in its eventual bid with Galaxy.

What's key here is the convoluted process Macau ended up using in determining winners of concessions and subconcessions in Macau. Galaxy and Las Vegas Sands were supposed to be in a concession together, but their relationship deteriorated and there were only 3 concessions to give out. The Macau government decided they would allow Las Vegas Sands to operate under a subconcession, under Galaxy, leading to a fourth concession.

Eventually, this led to Wynn Resorts (WYNN -0.03%) and SJM both getting subconcessions as well, which went to Melco Crown (MLCO 1.87%) and MGM Resorts (MGM 1.97%) respectively. So the battle between Asian American, Galaxy, and Las Vegas Sands had far reaching repercussions.

Just another court battle
This isn't the only court battle Las Vegas Sands is facing either. Former Sands China executive Steven Jacobs is suing over wrongful termination, and that case is still moving forward in a Nevada court. That case is set for trial this summer, and could be a distraction for the company along with a potentially large cost if it loses.

Las Vegas Sands facing more uncertainty
The fact that Asian American's lawsuit hasn't been thrown out has to be of some concern to Las Vegas Sands. If the suit goes all the way to trial and the company loses, even if it isn't the full 70% of profits amount, the settlement could be substantial.

For years, Adelson and Las Vegas Sands have dismissed the idea that either Jacobs' suit or the Asian American suit has any merit. But both are moving forward, and that indicates that courts feel otherwise. Given that millions, and potentially billions, of dollars are at stake, these cases are worth keeping an eye on.