Some investors desire growth stocks, others embrace value stocks, and income investors are in the mix, too. Satisfying the needs of all these investors is no easy task. However, these three companies offer enough growth, value, and income opportunity that they might do the trick. 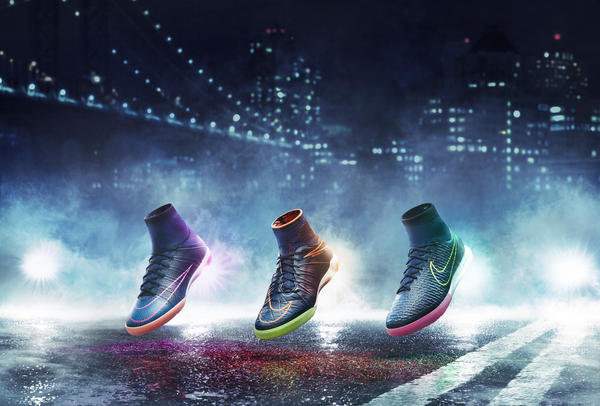 No. 1: Nike (NYSE:NKE)
Perhaps no other brand has the same sway with consumers as Nike. The company has dominated athletic apparel for decades, and while it's facing stiff competition from Under Armour, Nike's likely to remain an apparel and footwear powerhouse for years to come.

In spite of competitors' efforts to knock it from its pedestal, Nike's sales still rose 14% year over year on an ex-currency basis in its most recently reported quarter. Importantly, higher margin direct-to-consumer sales hit $6.6 billion in fiscal 2015, up 25% from fiscal 2014, and as direct sales have climbed, so has Nike's profit. The company delivered 22% earnings growth versus a year ago in fiscal Q3, and in fiscal 2017, industry watchers think Nike could earn $2.46, or roughly 14% more than it's expected to earn in fiscal 2016.

That growth is even more impressive when we consider it's allowing the company to return increasingly more money to its investors. Last quarter, Nike spent $1.5 billion repurchasing shares and paid a $0.16 quarterly dividend, up from $0.14 a year ago.

Because a larger and wealthier world should provide plenty of sales and profit in the future, a valuation of 24 times fiscal 2017 earnings estimates doesn't seem all that unreasonable.

No. 2: Microsoft Corporation (NASDAQ:MSFT)
Microsoft is successfully transforming itself from a dominant leader in the declining PC business into a Goliath in cloud software, and it's already paying off. Last quarter, the number of active monthly commercial Office 365 customers eclipsed 70 million, and sales of its various cloud-based consumer and commercial products grew to an annualized $10 billion. Microsoft believes it can double that cloud revenue by 2018.

Microsoft's financials are also benefiting from its decision to deeply integrate Bing search and Xbox into its Windows 10 software. Windows 10 is now installed on more than 270 million devices, and increasingly, that's resulting in higher search revenue and gaming revenue. For example, 35% of Microsoft's search revenue came from Windows 10 devices last quarter. Also, monthly Xbox Live active users grew 26% in the quarter versus a year ago, boosting transaction volume and dollars per transaction.

As margin-friendly cloud sales grow to represent a larger share of the company's quarterly haul, I suspect Microsoft will funnel increasingly more money to investors via its dividend. The company exited March with a war chest of cash and cash-like investments that's in excess of $105 billion, and its shares currently yield 2.8%. Given shares are trading at less than 18 times forward EPS estimates, there's a lot to like about owning shares in Microsoft.

Opdivo is already approved to treat melanoma, lung cancer, and kidney cancer. Recently, Opdivo notched its fifth breakthrough therapy tag from the FDA, this time for its use in head and neck cancer. An approval could be coming soon in this indication because a trial evaluating Opdivo in head and neck cancer was halted early for efficacy in January.

Dozens of additional Opdivo studies are under way that could result in additional FDA approvals, and given that baby boomers are living longer than ever, and that's likely to result in more cancer diagnosis, Opdivo could be destined to become one of the best-selling drugs on the planet. As of Q4, sales were already running at a nearly $2 billion per year clip.

The company will update investors on first-quarter sales on April 28, and when it does, investors will also get insight into the company's other fast-growing drugs: rheumatoid arthritis drug Orencia and anticoagulant Eliquis. Orencia and Eliquis sales clocked in at $540 million and $602 million in Q4, up 22% and 114%, respectively, from a year ago.

Overall, Bristol-Myers Squibb is forecast to deliver EPS of $2.40 this year and $3.04 next year, giving it a forward P/E ratio of 23. Those aren't bargain-bin prices, but Opdivo could allow the company to over-deliver on those projections, and even if it doesn't, a 2.3% dividend yield still makes this company's shares compelling.