Please ensure Javascript is enabled for purposes of website accessibility
Log In Help Join The Motley Fool
Free Article Join Over 1 Million Premium Members And Get More In-Depth Stock Guidance and Research
By John Rosevear - May 12, 2016 at 2:00PM

Nissan has struck a deal to take control of scandal-battered Mitsubishi Motors. Once completed, the Renault-Nissan-Mitsubishi alliance will vault into the ranks of the world's largest automakers. Here's what we know.

Nissan (NSANY -0.39%) announced on Thursday that it will spend 237 billion yen ($2.2 billion) to acquire a controlling stake in rival Mitsubishi Motors (MMTOF -6.97%), which is reeling from a fuel-economy scandal.

The companies characterized the move as a "far-reaching strategic alliance." According to their joint statement:

The strategic alliance will extend an existing partnership between Nissan and MMC [Mitsubishi Motors Corporation], under which the two companies have jointly collaborated for the past five years... Nissan and MMC have agreed to cooperate in areas including purchasing, common vehicle platforms, technology-sharing, joint plant utilization and growth markets... Under the terms of the transaction, Nissan will purchase 506.6 million newly issued MMC shares at a price of 468.52 yen per share. The price per share reflects the volume weighted average price over the period between April 21 2016 and including May 11 2016. Nissan will become the largest shareholder of MMC on closing... On closing, MMC will propose Nissan nominees as board directors in proportion to Nissan's voting rights, including a Nissan nominee to become Chairman of the Board.

The context: Mitsubishi is reeling from a scandal

Mitsubishi Motors' share price and reputation have both been badly hit in recent weeks. The company admitted in April that it had falsely inflated fuel-economy results on many of the vehicles it sold in Japan for years. Mitsubishi's stock was hammered by the admission, losing over 40% of its value before news of the Nissan deal broke on Wednesday. 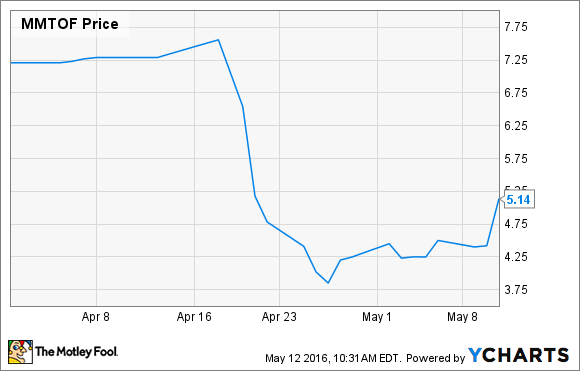 That left the company open to an acquisition, and Nissan CEO Carlos Ghosn was quick to strike a friendly deal. In a press conference on Thursday after the deal was formalized, Ghosn said that Nissan would benefit from Mitsubishi's strong sales network in Southeast Asia as well as from increased economies of scale generally.

Another step in the slow consolidation of Japan's auto industry

For its part, Nissan is already effectively merged with French automaker Renault (RNSDF -17.39%). Ghosn, who is CEO of both Renault and Nissan, said that the lessons learned from the Renault-Nissan "alliance" would inform his approach to integrating Mitsubishi into Nissan's operations.

It helps that the two companies have a history of cooperation. Nissan and Mitsubishi have partnered on mini-cars for the Japanese market, and Nissan has in the past built Mitsubishi-badged versions of some Infiniti models. And Mitsubishi once manufactured a Nissan-badged pickup that was sold in some global markets.

But once fully realized, this deal will likely vault the Renault-Nissan alliance into the top ranks of the world's automakers. The combined companies sold 8.5 million vehicles in 2015, while Mitsubishi Motors sold another 1.2 million. Added together, the group would have been the fourth-largest automaker last year, trailing third-place General Motors by only a small margin.

In time, this will look like a good move for Nissan

In the near term, there's a mess to clean up. Nissan will have to help Mitsubishi recover from its scandal. On top of the public-relations challenge in its home market, Mitsubishi may be required to pay nearly $1 billion in compensation to Japanese customers who bought mini-cars with falsely inflated fuel-economy claims.

But in the longer term, as Mitsubishi is integrated into its acquirer's operations, Nissan (and Renault) will benefit by adding the beleaguered company's distribution networks and incremental scale.