Please ensure Javascript is enabled for purposes of website accessibility
Log In Help Join The Motley Fool
Free Article Join Over 1 Million Premium Members And Get More In-Depth Stock Guidance and Research
By George Budwell - May 18, 2016 at 4:28PM

Billionaire hedge fund guru George Soros is known for taking a short-sighted view when it comes to biotech stocks. Is this the correct approach to this extremely risky industry?

The controversial billionaire George Soros is generally considered one of the greatest hedge fund managers of all time. Aside from his now-infamous call on the English pound that earned him the moniker "the man who broke the Bank of England," Soros' reputation as a hedge fund guru stems in large part from his track record of generating gains in excess of 30% per year during his tenure as the head of the Quantum Fund.

Image source: Norwegian Mission to the UN via Flickr.

Soros' uncanny ability to smash the broader markets is rooted in his conceptual framework known as the "general theory of reflexivity." In its simplest form, the general theory of reflexivity can be distilled into the idea that markets naturally tend to form bubbles as groups of investors act on impartial information. From a prediction standpoint, Soros' conceptual framework implies that the prices of stocks can fluctuate wildly in short periods of time as buying or selling accelerates, and these dramatic price swings can be exploited by savvy investors.

Does the general theory of reflexivity hold water?

Even a perfunctory look at the history of the S&P 500 reveals that the U.S. stock market is indeed prone to forming bubbles that eventually burst: 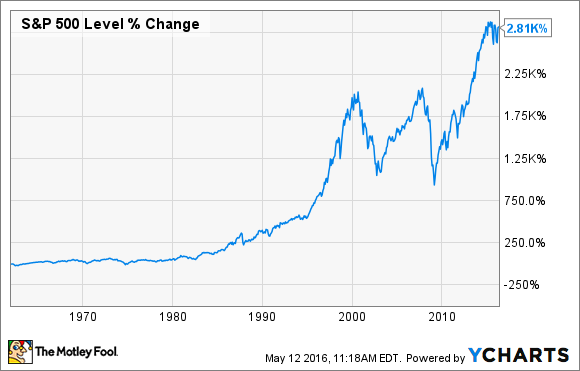 Perhaps most worrisome is the fact that these boom-and-bust cycles have apparently become more frequent since the 1999 repeal of the Glass-Steagall Act, which previously set up a firewall between commercial banks and securities firms. While the possible cause(s) of this association are still under debate, the above graph does lend credence to Soros' overarching view of the markets as a landscape populated by unsustainable bubbles that could, at least in theory, be gamed for huge gains.

Biotech has been a favorite of Soros Fund Management

Over the last five-plus years, the biotech industry has been steaming upwards thanks to the confluence of Obamacare, an aging U.S. population, and record rates of innovation that have brought forth entirely new classes of drugs and medical devices. Despite the iShares Nasdaq Biotechnology ETF's (IBB 2.16%) fairly steady rise during this time period, though, a closer look reveals that it's been a bumpy ride along the way, especially in 2016: 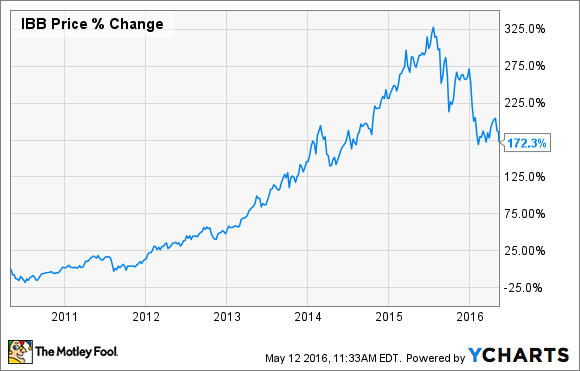 Given this volatility, investors probably shouldn't be surprised to learn that the Soros Fund Management has been a frequent rider of the biotech roller coaster over the years -- even buying extremely speculative small-cap stocks that few, if any, other investing shops would dare to consider.

A look back at the Soros Fund Management's trading activity within the realm of biotech reveals that it rarely held stocks for longer than a few quarters. For example, the fund bought and subsequently sold a whopping 688,000 shares shares of the blue-chip biotech Celgene (CELG) in consecutive quarters in 2014. The underlying reason for this particular in-and-out transaction seems to be the stock's rapid rise over this period, which owed to double-digit sales growth for Celgene's cancer drugs Revlimid, Abraxane, and Pomalyst -- perhaps signaling to the fund's management team that the stock was ready for a pullback. Regardless of the reason, the Soros Fund apparently booked a decent profit on Celgene via this strategy: 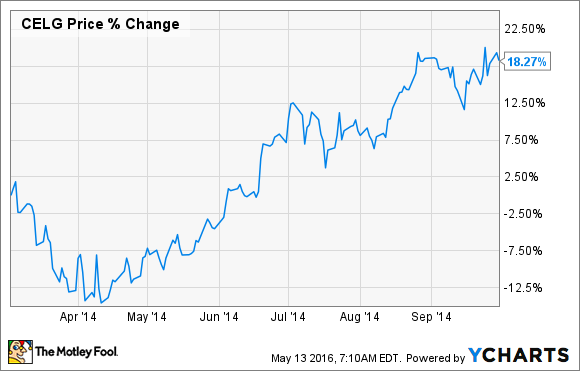 On the flip side, the fund's attempts to time the rise and fall of other biotechs like Sarepta Therapeutics (SRPT 1.00%) didn't work out. After a positive regulatory update for Sarepta's experimental Duchenne muscular dystrophy drug eteplirsen, Soros Fund Management increased its position in the speculative biotech by 2,620% in the second quarter of 2014. By the next quarter, the fund had already sold over half of its position in Sarepta, and it would later dump its remaining shares before the end of 2014. While it's impossible to know when the fund bought or sold its shares, the chart below strongly suggests that this trade didn't work out particularly well: 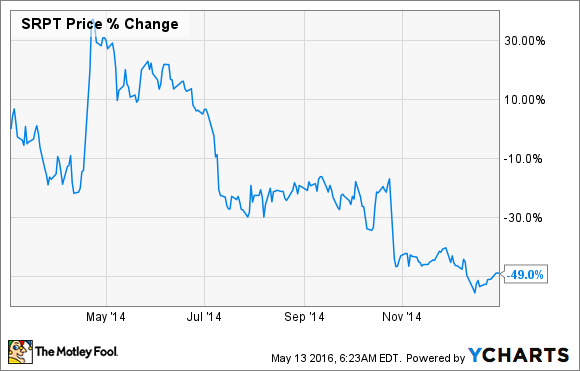 Adding insult to injury, Sarepta would go on to rebound in a big way in 2015:

Is the Soros approach to investing optimal for biotech?

Although the Soros Fund Management's conceptual framework appears to be grounded in reality, it's an extremely difficult strategy to execute successfully, especially for investors with limited capital who can't buy hundreds of stocks every quarter to spread out their risk. After all, even this multibillion-dollar fund has a mixed track record when it comes to timing the rise and fall of biotechs, as illustrated by its history with Celgene and Sarepta, among many others discussed elsewhere.

As a prime example of the power of taking the long view, Celgene's shareholders have enjoyed a monstrous return on investment over the last decade, despite some ups and downs along the way: 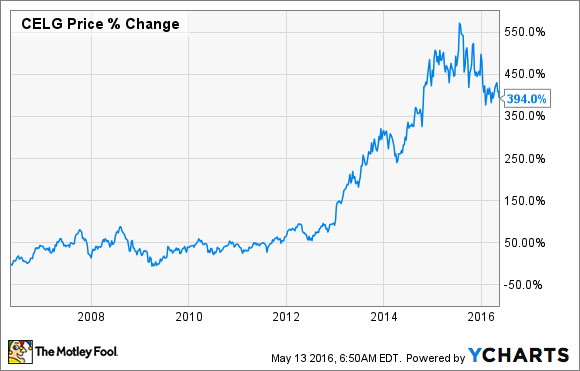 Considering Celgene's diverse clinical pipeline, which could generate several franchise-level drugs in both oncology and immunology over the coming decade, there's little reason to think Celgene's bull run is coming to an abrupt end. Therefore it would likely be misguided to take profits now simply because the company's stock has soared in the prior decade. Overall, the Soros approach to timing the markets is likely to be a bad idea for most investors, possibly leading them to leave a significant amount of upside on the table.