Please ensure Javascript is enabled for purposes of website accessibility
Log In Help Join The Motley Fool
Free Article Join Over 1 Million Premium Members And Get More In-Depth Stock Guidance and Research
By Rick Munarriz - May 31, 2016 at 8:06AM

The provider of weight management plans moved higher on an analyst initiating a bullish opinion with a $25 price target. 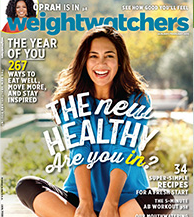 One of this year's most volatile stocks was on the move again last week. Shares of Weight Watchers (WW 5.32%) increased by nearly 12% last week, fueled by a bullish analyst initiating coverage.

Sidoti analyst Frank Camma established a Buy rating on the stock, along with a $25 price target that implies 69% of upside even after last week's pop.

Camma feels that the combination of management's commitment to cutting costs and a general corporate trend to encourage healthier lifestyles in order to improve health insurance overhead should result in marginwidening profit growth in the future. It also doesn't hurt that the ultimate tastemaker is now in Weight Watchers' corner.

Weight Watchers was waffling about in the single digits last year, bottoming out at $3.67 during the summer. Then Oprah Winfrey took a 10% stake in Weight Watchers in October, promising to take an active role in promoting the brand.

The stock was volatile before, but then it got really volatile. Winfrey's influence -- particularly over the middle-aged women demographics group that make up a juicy chunk of Weight Watchers' audience -- is undeniable. The swings have gotten pretty wild with the stock experiencing double-digit percentage moves in 13 of the past 23 weeks. The one-year beta for Weight Watchers has ballooned up to 3.41, according to S&P Global Market Intelligence data. This is the kind of volatility that folks associate with penny stocks, not an established and profitable company trading in the mid-teens.

The news hasn't been all rosy at Weight Watchers since Winfrey bought into the company and made a commercial promoting the weight management platform. Weight Watchers actually saw its active subscriber base shrink in 2015 with revenue taking an even bigger hit. The stock is trading for a little more than half of its November peak. Investors hoping for "the Oprah effect" to kick in right away will have to learn to be patient.

Offsetting the negativity, the trend is still Weight Watchers' friend. Folks are trying to be more fit in this era of fitness trackers and mobile apps that monitor activity. These are tech tools that have also naturally hurt its business -- signing up for a subscription-based weight management plan isn't going to win over free workout apps and calorie counters -- but there's still room for the Weight Watchers model to succeed here.

It's already starting to turn the corner. Weight Watchers' subscriber count moved nicely higher during the March quarter, now up 11% over the past year. Attendance at the meetings is up by an even more encouraging 18%. Weight Watchers boosted its guidance earlier this month, and the stock is now trading at a reasonable 16 times the midpoint of its profit guidance for the year.