There's a great episode of Seinfeld where George Costanza decides to do the opposite of what his instincts tell him to do. By the end of the episode, he's met a beautiful woman and landed his dream job with the New York Yankees.

Some investors seek Costanza-esque results by doing the opposite of most other market investors. A contrarian investor looks for opportunities where the popularity of an investment choice in the broader market has led people to drastically misprice certain securities. That means when everyone else is buying a certain stock, the contrarian is selling. When everyone's selling out of a certain industry, the contrarian is picking up shares on the cheap. 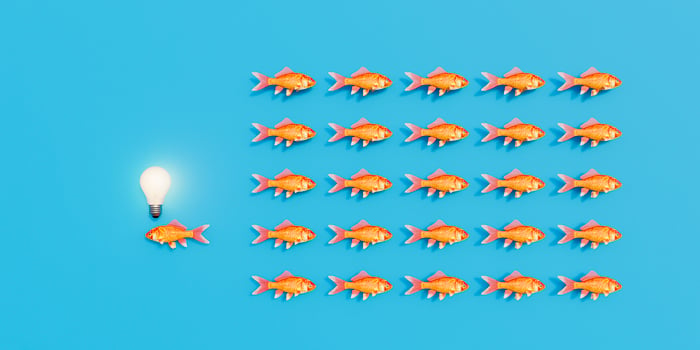 What is contrarian investing?

Contrarian investors assess prevailing market conditions and overall investor sentiment, and when sentiment leans heavily in one direction, take the opposite side of the trade. Contrarian opportunities typically present themselves when investors rush into certain sectors or asset classes, in part by selling portions of their other assets in order to raise the capital necessary to invest in the currently favored industries.

Contrarian investing is a long-term strategy. As evidenced by the continued underperformance of energy stocks over the past decade, long periods of underperformance can precede any positive change in market sentiment. When investor sentiment does finally change, the contrarian is well positioned to benefit.

What makes a contrarian investment strategy

A key component of contrarian investing is becoming fully invested in a sector or asset class as sentiment about that type of investment improves. Then, once most people are excited about the investment, contrarian investors recognize the growth of their holdings is soon likely to slow. Anticipating that their investments may begin to underperform the broader market, which could negatively impact investor sentiment and potentially lead to even greater price underperformance, contrarian investors sell their holdings to begin investing in currently unpopular industries.

Pros and cons of contrarian investing

The advantages of a contrarian investing strategy are: