Shares of Boston Beer (NYSE:SAM) are far from frothy and have plenty of upside potential, according to UBS.

The investment bank upgraded Boston Beer's stock from neutral to buy on Tuesday. Analyst Sean King also lifted his target price from $415 to $440, due in part to strong growth in the alcoholic beverage maker's seltzer business. 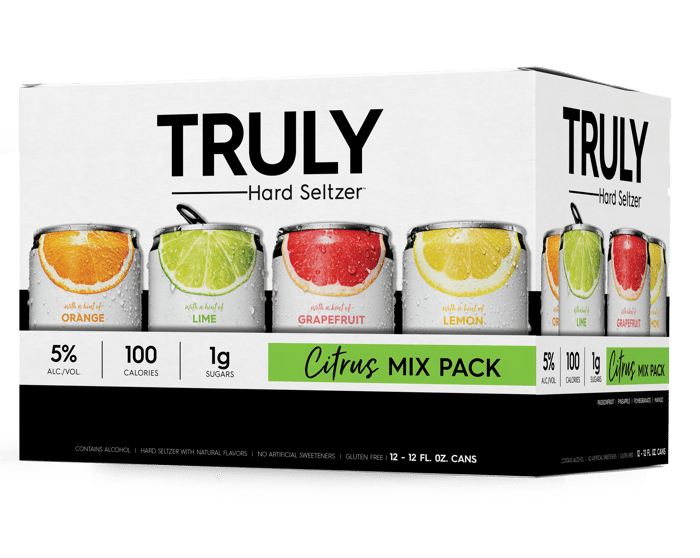 Truly's growth has been so strong, in fact, that Boston Beer has struggled to keep up with demand. It's been forced to use contract brewers to make up for its production shortfalls and temporary labor to help ship orders. That's taken a toll on Boston Beer's profit margins in recent quarters.

King, however, expects Boston Beer's margins to recover once new production capacity comes online in the coming quarters. In turn, King predicts that Truly's surging -- and soon to be more profitable -- growth will result in fiscal 2020 earnings-per-share figures that are higher than consensus forecasts.

Specifically, King forecasts that sales of Truly will surge 75% year over year in fiscal 2020 and more than 30% in 2021. The growth will be fueled by rising demand for hard seltzer that King estimates will drive overall industry sales to approximately $4.7 billion in 2022, up from $1.7 billion in 2019.

King notes that Truly's torrid growth should more than offset further declines in sales of the company's Sam Adams beer brand, which he predicts will decrease by 6% in 2020 and 5% in 2021.

Yet rather than waiting for a rising tide of hard seltzer to lift its boat, Boston Beer is doing everything it can to further Truly's growth. In addition to its capacity investments, the company is also lining up branding deals with major sports organizations such as the National Hockey League. Boston Beer even recently tweaked the flavor profile of its hard seltzer to make it taste fruitier, as a means to appeal to more potential customers.

Boston Beer is making these moves because it knows it won't be easy for Truly to maintain its market share, particularly now that its competitors are launching a host of new hard seltzer brands. One noteworthy threat is Anheuser-Busch InBev. The beer titan has a whole portfolio of hard seltzer brands either already in stores or launching in the coming months, which will no doubt pressure Truly's sales.

Still, despite this influx of competition, Truly is likely to remain a powerful growth driver for Boston Beer in the year ahead.