Please ensure Javascript is enabled for purposes of website accessibility
Log In Help Join The Motley Fool
Free Article Join Over 1 Million Premium Members And Get More In-Depth Stock Guidance and Research
By Eric Volkman - Jan 3, 2020 at 9:52AM

The internationally focused company says the Middle Eastern nation will be its 15th export market.

Ever eager to enlarge its footprint around the world, Tilray (TLRY) will make history by being what it claims is the first cannabis company to import medical marijuana into Israel for commercial use.

The Canada-based company said Monday it signed an import-export agreement with an Israeli company, Canndoc, for medical cannabis. Under the terms of the deal, Tilray is to ship up to 2.5 metric tons of product to the Middle Eastern country. Tilray said the delivery, which will originate from company facilities in Portugal, should arrive early this month. It will be sold in Israeli pharmacies.

Although the temperate Israeli climate is suitable for growing cannabis, the country is currently experiencing a shortage of product. Some claim that this arises from reforms enacted last May, which aim to shift the point of sale to licensed pharmacies rather than directly from growers. These reforms also mandate that growers conform to Good Manufacturing Practices (GMP) standards. 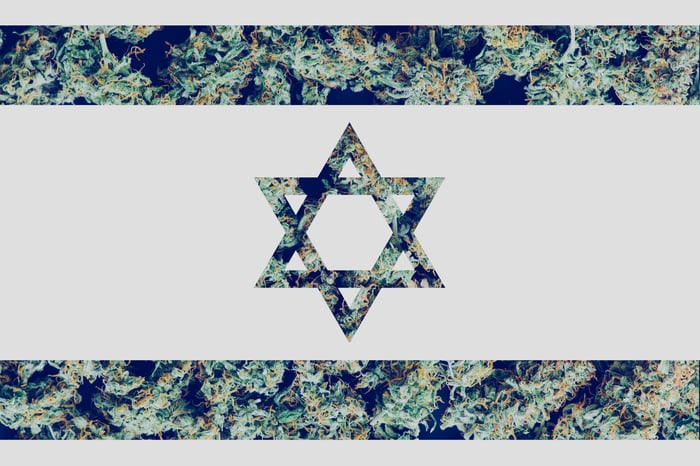 The other part of the agreement obliges Tilray to buy up to five metric tons of cannabis flower from Canndoc starting in the middle of this year. This product is to be shipped to that Tilray outpost in Portugal and is contingent upon Canndoc receiving an export license. If it does not do so, the flower will be developed into medical cannabis and sold within Israel either under the Tilray name or co-branded by the two companies.

Canndoc is a subsidiary of Israeli medical-sector holding company InterCure and holds a license to grow and sell medical cannabis. According to Tilray, Canndoc -- founded in 2008 -- was the first publicly traded Israeli company active in that segment of the marijuana market.

Like many countries outside of North America, Israel permits the use of medical marijuana, albeit with a set of restrictions. Recreational use, although still technically illegal, has been decriminalized.

In the press release trumpeting the deal, Tilray said that Israel will become the 15th country targeted by its exports. One pillar of the company's strategy is to become a supplier to markets around the world. Last month, Tilray announced it had made its inaugural shipment of medical cannabis extracts to Switzerland. That country, like Israel, permits the sale and consumption of medical cannabis only.

Tilray was not shy about pointing out that it was the first licensed company to export medical cannabis product from North America.

Despite this news of Tilray's continued international expansion, investors traded the marijuana stock down on the day. It closed just over 4% lower Monday.