Please ensure Javascript is enabled for purposes of website accessibility
Log In Help Join The Motley Fool
Free Article Join Over 1 Million Premium Members And Get More In-Depth Stock Guidance and Research
By Maurie Backman – Updated Aug 3, 2020 at 10:09AM

Millions of jobless Americans have been left in the lurch as lawmakers duke out a second COVID-19 relief bill.

On Friday, July 31, the $600 weekly boost to unemployment that the CARES Act called for officially expired. In reality, it actually ended earlier -- more like July 25 or 26, since unemployment benefits are generally paid on a weekly cycle ending on a Saturday or Sunday. Despite persistent negotiations, lawmakers were unable to come to terms on a COVID-19 relief deal last week, nor were they able to agree to a temporary extension of boosted unemployment benefits.

The result? Millions of jobless Americans now risk falling dangerously behind on their bills in the coming weeks, and the recession our economy is already in could get exponentially worse. 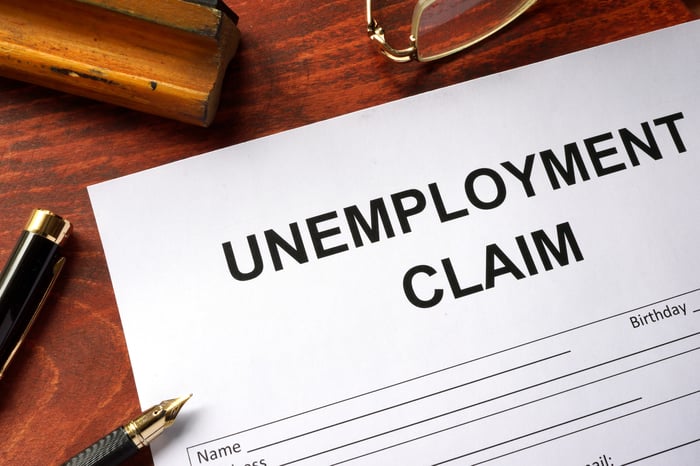 What's the holdup on unemployment relief?

Last week, Republican lawmakers introduced the HEALS Act -- their attempt at a second COVID-19 relief package. The proposed HEALS Act includes a follow-up round of direct stimulus payments, more PPP funding for needy small businesses, and a boost to unemployment. But that boost isn't nearly as generous as the extra $600 a week jobless folks have been getting.

Rather, the HEALS Act calls for a $200 weekly boost to unemployment through September. Come October, that boost would shift to a system wherein unemployment benefits would replace 70% of a jobless person's lost wage, and that system would remain in place for the remainder of 2020.

Democratic lawmakers, who initially fought to maintain the $600 weekly boost through January of 2021, are calling Republicans' unemployment proposal woefully inadequate, especially given the fact that COVID-19 cases are surging and the economy is nowhere close to being on the road to recovery. Those in favor of maintaining the $600 boost also say that if jobless workers can't replace their missing paychecks in full, they'll have less money to pump into the economy, thereby exacerbating an already dire situation. Ultimately, lawmakers ended last week at an impasse, and it's jobless workers who will now start to pay the price as Congress battles things out.

What jobless Americans can do right now

Unemployed Americans who are losing a chunk of their weekly benefits should reach out and ask for as much bill-paying relief as they can get. Many landlords, mortgage companies, utility providers, and loan servicers are working with customers and granting them some amount of leeway to get through these difficult times.

Meanwhile, as lawmakers reconvene this week, there's a chance they will, at the very least, come to some sort of agreement that calls for a temporary extension of boosted unemployment -- either at the $600-a-week level or for another amount. The good news is that lawmakers agree that some amount of extra income needs to be tacked on to weekly unemployment benefits. The bad news is that it could take some time for them to agree on a final sum, and so a temporary extension of boosted unemployment certainly makes sense for now. If lawmakers can at least come to terms on that, they'll hopefully pay it retroactive to July 31 so that those who are out of work can catch up on some of the bills they may be pausing for now.