Selena Maranjian, Brian Stoffel, and Brian Feroldi
(TMFSelena)
Author Bio
Selena Maranjian has been writing for the Fool since 1996 and covers basic investing and personal finance topics. She also prepares the Fool's syndicated newspaper column and has written or co-written a number of Fool books. For more financial and non-financial fare (as well as silly things), follow her on Twitter... Follow @SelenaMaranjian
Follow @SelenaMaranjian

Most of us would love to retire early, but it can be hard to think of how to pull that off. After all, an early retirement means even more years in which we will have to support ourselves with our savings and whatever income streams we have. Still, it's not an impossible dream -- if you think it through carefully and come up with a smart plan. The following three ways to retire early can help you get there.

Brian Feroldi: If early retirement is your goal, then you should put all of your effort into saving as much as you can as early as you can. The big benefit to doing so will put the power of compounding returns on your side, which is the closest thing we have in this world to financial magic.

To illustrate the power of this amazing concept, let's assume that a new investor starts with $0 in savings and is able to invest $5,000 per year. This investor doesn't do anything fancy and earns a solid 9% annualized rate of return. That's a hair below the historic long-term rate of return of the S&P 500.

Depending on when they began socking away that annual $5,000, here's a look at what this investor's net worth would be at age 55, which represents retiring a full 10 years early:

As you can see, the earlier you start, the larger your nest egg will become, and that's not just because of the extra contributions. In fact, there's only a $25,000 contribution difference between each of these starting ages ($5,000 times five years), but you can see what a massive difference in net worth that translates to down the road.

Another great point to keep in mind is that the investor who started at age 20 can expect their net worth to rise by more than $105,000 in when they turn 56, assuming they continue to generate that 9% return. That's more than 21 times the investor's annual contribution amount, all thanks to the power of compounding. Of course, you may be a few years past age 20 when you're reading this. Up your annual savings amount and you can still accumulate a lot.

The takeaway here is clear: If you want to retire early, you've got to get started investing early. 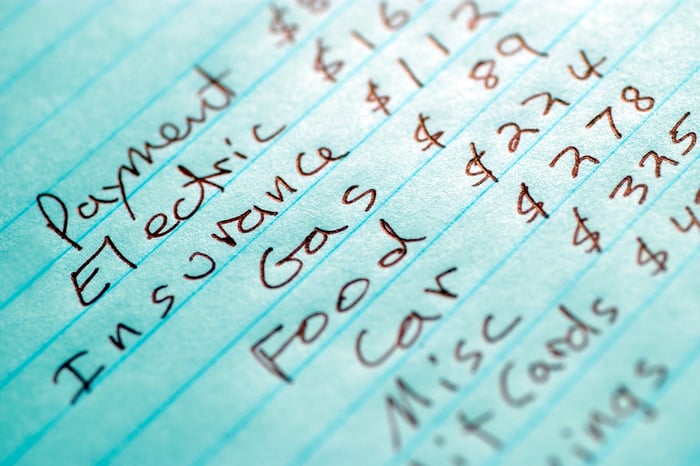 Selena Maranjian: One smart strategy to help you retire early is shrinking your spending. Spending less can help you save more and can enable your retirement accounts to grow bigger sooner. Better still, if you continue spending less in retirement, the money you've saved will last longer. How might you spend less, then? Here are a bunch of ideas.

Consider downsizing into a smaller home, which should cost you less in taxes, utilities, maintenance, and more. You might even move to a less expensive region. The median home value in New Jersey, for example, was recently about $320,000, but it was only $130,000 in Nebraska. Set up a budget and stick to it. Studies have shown that paying for many things with cash can help you spend less, too. Can your household get by with just one car? That will save on insurance, repairs, and fuel. Use coupons you clip from newspapers and mailings and ones you find online. Saving just $25 per week amounts to $1,300 per year.

Get rid of your cable TV subscription or downsize your channel package, as you can probably find plenty to watch via streaming services. Do an energy audit of your home. Energy-efficient appliances, windows, and/or insulation can pay for themselves and save you money. Use less heat in winter and less air conditioning in summer. Drop your gym membership and exercise with weights at home and other inexpensive means. Downsize the gifts you give, perhaps making some yourself. Brown-bag many lunches and brew your own coffee at home. Cancel subscriptions you don't use.

You might even make it all a little fun by competing with other household members to see who can cut their spending more.

Brian Stoffel: Following Selena's advice is crucial. Such a goal is only attainable if you spend less than you earn and wisely design a life that fits well within your means.

But I'd like to offer a different take: One way to retire early is simply to redefine what "early retirement" means to you. For too many, the image of sitting at home, watching TV in your pajamas until noon comes to mind. While that may occasionally be an enjoyable activity, you're likely to be bored stiff if that's your routine.

Instead, achieving financial independence or even quasi-financial independence is a much better goal than early retirement. This means that you still have the time -- and desire -- to pursue your interests, but you're beholden to no boss or coworkers. You have absolute autonomy over your time.

I know a number of people who have even short-circuited this route. After working hard for 10 years out of college, saving up and investing as much as they can, they call it quits. These folks don't have enough to never need more money again, but they have enough to cut their working hours in half, perhaps by freelancing or getting a part-time job. They devote the extra time to raising kids or pursuing a bold new idea that has always captivated them. For many, that's as good as an early retirement.