As you ponder who to vote for in the upcoming presidential election, give some thought to what each candidate might do with Social Security. It's vitally important to many Americans, and there's a good chance it's important to you -- or will be one day. According to the Social Security Administration, the majority of elderly beneficiaries get 50% or more of their income from Social Security, while 22% of married elderly beneficiaries and 47% of unmarried ones get fully 90% or more of their income from it.

So let's take a look at how Hillary Clinton would change Social Security.

First off, know that according to several government estimates, Social Security's trust funds are likely to run dry between 2033 and 2037 if no changes are made. If that happens, payment checks won't disappear, but they'll likely shrink by about 25%. So if you were worried that checks would be discontinued altogether, take a deep breath. Still, none of us wants to receive only 75% of what we were expecting.

In order to address this upcoming shortfall, Social Security will need be changed in some ways in the years ahead. Republicans generally favor measures like raising the retirement age or cutting benefits. Donald Trump's position has been hard to pin down, but he has surrounded himself with advisors who may push to privatize Social Security.

Democrats, on the other hand, have suggested increasing Social Security's revenue by taking steps such as raising or eliminating the cap on earnings that are subject to Social Security tax and raising the tax rate. Indeed, President Obama recently called for expanding the program, saying, "It's time we finally made Social Security more generous ... and increased its benefits so that today's retirees and future generations get the dignified retirement that they've earned." 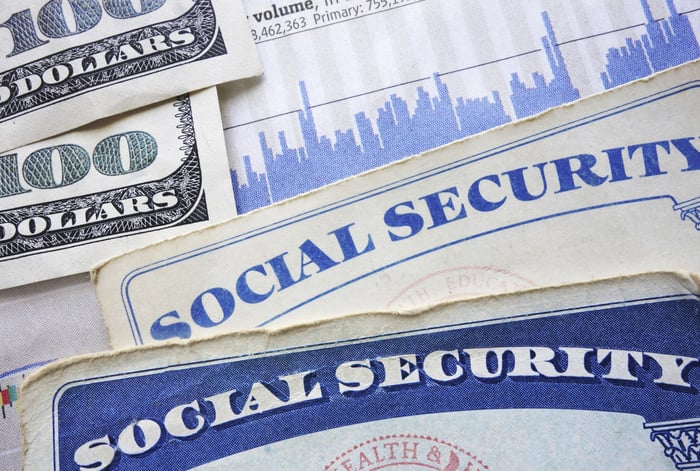 So how would the presumptive Democratic nominee for president change Social Security? Well, she hasn't called for as many benefit increases as Bernie Sanders has, but she is on record as supporting lifting the payroll tax cap and broadening the tax base.

In 2015, Clinton said: "We're going to have to make sure that we shore [Social Security] up so that it is there not just for those who are currently recipients but for generations to come."

Let's take a closer look at some of the measures Clinton has suggested. It has been projected that fully 77% of the trust funds' shortfall could be eliminated by increasing the Social Security tax rate for employers and employees from its current 6.2% to 7.2% in 2022 and 8.2% in 2052.

It's also been estimated that 71% could be wiped out by eliminating the earnings cap over a 10-year period. If both changes were enacted, then the program's funding shortfalls would, in theory, evaporate.

Clinton has also voiced support for implementing a "caregiver" tax credit of 20% of the costs tied to caregiving -- the credit would max out at $6,000 -- and expanding Social Security benefits for caregivers, too. That's evidence of her support for women, because women collect smaller average benefit checks than men, and it's often because they worked part-time or not at all while they cared for children, elderly parents, or ailing loved ones. Clinton has also noted that the poverty rate for widowed women is much higher than for married seniors, as widow households see their income drop sharply when one spouse dies. Clinton would like to see adjustments made so that surviving spouses are not hit as hard when their other half dies.

Clinton's plan for Social Security -- as we understand it, based on her public statements -- would slightly increase the tax burden on today's workers and employers. At the same time, it could make Social Security cash-flow positive without reducing benefits for current or future recipients. No matter your stance on Social Security, stay abreast of our presidential candidates' plans for this all-important program.