If you're smart about when you claim Social Security, you'll be rewarded with higher benefits.

It's not unusual for retirees to find themselves strapped for cash. In fact, an analysis of 2013 Census Bureau data reveals that older Americans in almost every state are lacking the income they need to live comfortably. It's surprising, then, that so many Americans pass up the opportunity to get their hands on an extra $5,000 a year in retirement. Here's where they go wrong. 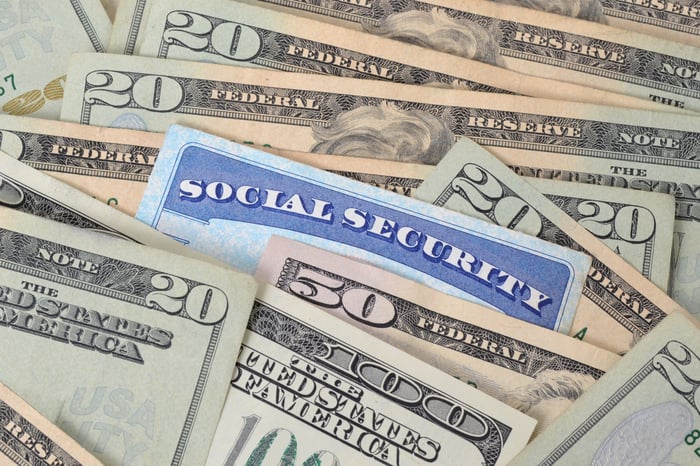 The earliest age at which Americans are allowed to start collecting Social Security is 62, and for this reason, it's also become the most-popular age to start taking benefits. The problem with claiming early is that, for every year you do, you'll lose a portion of your benefits, and that reduction will remain in effect for the rest of your life.

The average Social Security recipient currently gets $1,341 a month in benefits. If your full retirement age, as designated by the Social Security Administration, is 66, and you start collecting at 62, you'll reduce that payment to $1,006 -- for the rest of your life.

Let's take that average monthly payout of $1,341. Assuming your full retirement age is 66, if you wait four years to start taking Social Security, you'll up your monthly benefit amount to $1,770 -- an increase of $429. Over the course of a year, that's an additional $5,150 in Social Security income you can get your hands on simply by waiting. Even if you're unable to wait until 70 -- the age at which delayed retirement credits max out -- to start claiming Social Security, delaying even a year or two can increase your benefits, and put extra money in your pocket throughout retirement.

You might argue that, while waiting to collect Social Security means higher benefits, it also means fewer years of getting benefits. And that's a valid point. So let's say your full retirement age is 66, and your full benefit is $1,341. If you claim at 66 and live until 85, you'll collect roughly $305,750 in total lifetime benefits. However, if you wait until age 70, and increase that monthly payout to $1,770, you'll collect about $318,600 in lifetime benefits despite the fact that those checks won't start rolling in until four years later.

Holding off until age 70 to collect Social Security is easier said than done. If you lose your job, or become too ill to work, you may not have a choice but to claim those benefits as early as possible. But if you're in good physical shape and enjoy what you do, why not do it a few extra years? Not only will working longer give you the option to delay Social Security, but it will also provide an opportunity for you to pad your retirement savings account.

Speaking of which, if you do a good job of saving independently, you can retire on time without having to collect Social Security right away. Anyone 50 or older can currently contribute up to $24,000 to a 401(k) plan and $6,500 to an IRA; so if you're still working, make sure to take advantage of these and other savings opportunities.

Delaying your Social Security benefits for a few years is a good way to get your hands on some free, easy money. If you save carefully and claim Social Security at the right time, you'll have a lifetime of higher payouts to look forward to, however long that may be.