Many older Americans rush to collect Social Security as soon as they're eligible. And while others manage to wait until their full retirement age, only 2% of men and 4% of women hold off until age 70 -- the age at which delayed retirement credits max out -- to start taking benefits. But waiting to collect Social Security means increasing your benefits by a cool 8% a year, and that increase can go a long way in retirement. 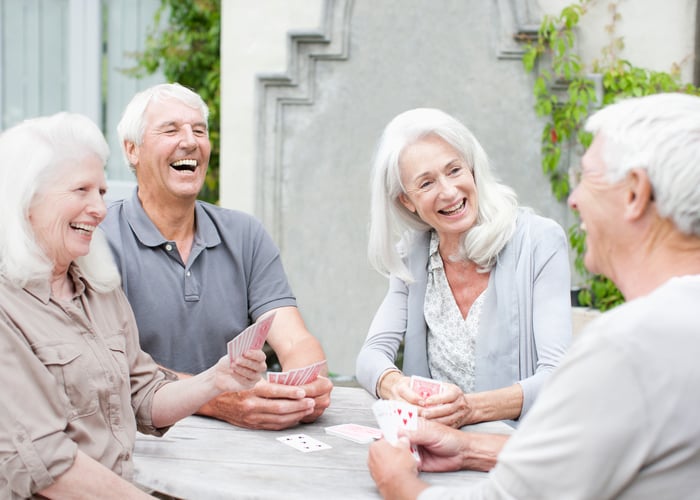 Thankfully, it seems like more and more Americans are drawing the same conclusion. According to Stanford University's 2016 Sightlines Project, in 2012, 26% of workers who reached full retirement age (66) hadn't yet filed for Social Security, which is double the percentage of 66-year-olds who hadn't yet started collecting just 12 years earlier. Furthermore, in 2012, 35% of 65-year-olds were still holding off on taking benefits, as opposed to just 20% back in 2000. The fact that an increasing number of Americans are delaying Social Security is a positive sign, especially since so many rely on those benefits to stay afloat financially in the long run.

The problem with claiming early

There's a reason 62 is currently the most popular age for Americans to start taking Social Security. Since it's the earliest possible age to claim benefits, many older Americans jump at the chance to collect them -- especially if circumstances like poor health or job loss force them to leave the workforce sooner than expected. But for some people, claiming Social Security early is a choice, and not necessarily a smart one.

The problem with taking benefits early is that doing so reduces them significantly. If your full retirement age is 66 and you start collecting Social Security at 62, you'll reduce your benefits by 25% a month for the rest of your life. According to the National Academy of Social Insurance, a good 65% of beneficiaries rely on Social Security to provide the majority of their retirement income. Social Security is also the sole source of income for almost 25% of Americans 65 and older, which is why claiming at 62 can be disastrous in the long run.

While not everyone can wait until age 70 to collect Social Security, holding off till that point comes with some major financial incentives. Let's say your full benefit amount is $1,500, your full retirement age is 66, and you wait until age 70 to start collecting. Delaying your benefits by four years means increasing your monthly payout to $1,980, which translates into an extra $5,760 a year for the rest of your life.

Now you might argue that while holding off on benefits does increase them, it also means losing out on several years of collecting those checks, albeit at a lower amount. So let's run some numbers. First, using the above scenario, let's see how claiming at 62 might pan out. Assuming you live till age 85, taking Social Security at 62 means reducing a $1,500 monthly benefit to $1,125. Over the course of 23 years, or 276 months, that's a total of $310,500 in lifetime benefits.

Staying afloat while you wait

Of course, delaying Social Security is only an option if you have another form of income. One way to keep your cash flow intact is to work a few more years. Even if you reduce your hours to part-time, if you earn enough to pay your bills, you can let your Social Security benefits accumulate until you're certain you need to call it quits.

Another option is to save independently for retirement -- something you should be doing anyway. If you have enough savings to pay your bills for a few extra years without having to tap your Social Security benefits, you can let those delayed retirement credits accrue and eventually collect a larger paycheck each month.

Though waiting on Social Security isn't feasible for everyone, there's a clear benefit to holding off -- one that many Americans are finally starting to take advantage of. It may take some discipline and planning, but if you're able to delay those benefits, you could wind up with a lifetime payout that's more than worth the wait.