It's estimated that at least one out of every three Americans has no retirement savings in place. If you don't have access to an employer-sponsored 401(k) plan, you'll need to be especially proactive in identifying a retirement savings solution. But where exactly should your money go? Is an IRA the right solution for you, or will you be better off with an annuity? Understanding the differences and similarities between the two can help you decide which option to pursue. 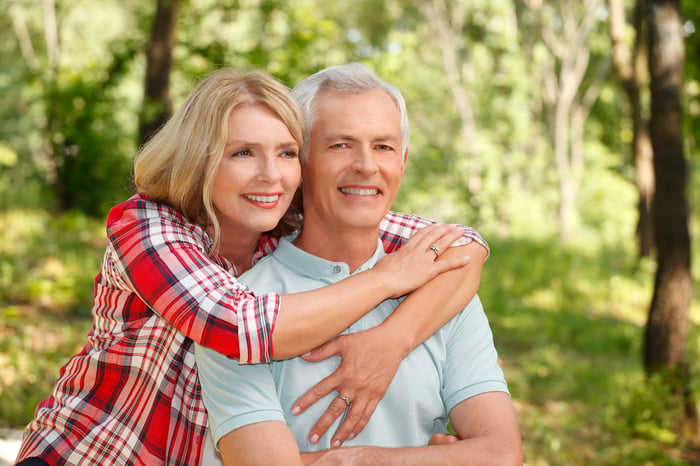 The good thing about a traditional IRA is that the money you contribute typically goes in on a tax-free basis. Not only that, but you'll benefit from tax-deferred growth for as long as your money stays in your account. When the time comes to take withdrawals in retirement, however, your distributions will be taxed as ordinary income. Furthermore, though there are a few exceptions, generally speaking, if you withdraw funds from your IRA before the age of 59 1/2, you'll be hit with a 10% early withdrawal penalty and be taxed on the amount you take out.

But while it's usually not a good idea to take an early withdrawal from a traditional IRA, you also can't keep your money in there forever. Once you turn 70 1/2, you'll be required to start taking minimum distributions, the exact amount of which will depend on your account balance and life expectancy at the time. And if you don't take your required minimum distributions, you'll be assessed a whopping 50% penalty on the amount you fail to withdraw. Ouch.

Annuities tend to be a little more complicated than IRAs, which often serves as a deterrent for savers. But annuities have certain benefits that make them a worthwhile retirement planning tool. Unlike traditional IRAs, you can't contribute to an annuity with pre-tax dollars. However, once you fund your annuity, your money can grow on a tax-deferred basis until the time comes to take withdrawals. As is the case with an IRA, removing money from an annuity prior to age 59 1/2 can result in an early withdrawal penalty, though there are a few exceptions here as well.

One major benefit of annuities is that there's no outer limit for contributions. If you have $30,000 in a given year to put in an annuity, you can sock that money away, sit back, and take advantage of its tax-deferred growth.

That said, despite the absence of an up-front tax break for contributing, annuity withdrawals aren't completely tax-free. Annuities usually get taxed on a last-in, first-out basis. When you start taking distributions from an annuity, the money that's withdrawn is initially considered earnings and taxed as ordinary income. However, once your annuity balance falls below the amount you paid in principal contributions, your withdrawals are no longer taxed.

Furthermore, annuities don't impose required minimum distributions, which means you don't necessarily have to start taking money out at 70 1/2. This can be a huge plus if you're still working at the time and don't need the money. Remember, mandatory IRA distributions create an automatic tax liability, so having that flexibility can help protect your finances.

Which option should you choose?

Traditional IRAs and annuities have their unique benefits and drawbacks, so you'll need to think about which features are most important to you. If part of your goal is to get an up-front tax break on your retirement savings, you might choose an IRA. On the other hand, if you want to save more than what the current annual limits allow for, you might go with an annuity. The following table sums up the similarities and differences between the two:

If you're not sure whether to open an IRA or an annuity, remember that the two need not be mutually exclusive. If you're able to save more for retirement than what the annual IRA contribution limits allow for, you might consider maxing out an IRA and then putting your excess cash into an annuity so it can grow and generate income when you need it later on.

No matter which option you choose, the key is to develop a retirement savings plan as early as possible in your career. Doing so will help ensure that you have enough money to live off once the time comes to leave the workforce for good.

Traditional IRA vs. Annuity: Which Is Right for You? @themotleyfool #stocks Next Article
Current