You'll probably spend more in retirement than you think. Here are a bunch of expenses that might shock you.

Many people look forward to retirement in all of its budget-friendly glory. But in reality, retirement may not be the bargain you'd expect it to be. If you're not careful, these 10 items in particular might really break the bank. 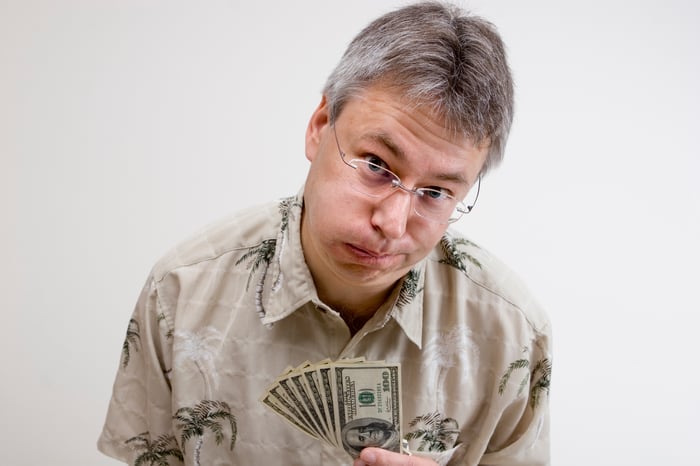 To keep your healthcare costs to a minimum, be sure to take advantage of Medicare’s free preventative care program. Enrollees can benefit from a wide range of no-cost services, from wellness visits to glaucoma screenings. Women are also eligible for free mammograms every year. Getting in front of potential health problems could save you money down the line, so consult this guide to see what free services are available to you.

And speaking of Medicare, be sure to enroll on time. Signing up late could cause your Part B premium to increase by 10% for every 12-month period you were eligible but failed to enroll.

The average American retiree spends $15,528 a year, or $1,294 a month, on housing. Given the large number of Americans that enter retirement mortgage-free, that's a pretty large number, and a lot of it has to do with the peripheral costs of homeownership. Property taxes, for example, have historically proven to rise over time, even during periods when home values drop. Furthermore, homes get more expensive to maintain as they age. The typical homeowner spends 1% to 4% of his or her home's value on annual upkeep, and since retirees often own older properties, their maintenance costs are likely to lean toward the high end of that range. Of course, not everyone owns a home in retirement, but renting can be equally expensive -- not to mention that renters lose out on the opportunity to tap their home equity as needed.

Since housing is the average retiree’s single largest expense, it pays to look for ways to lower your costs. For starters, consider downsizing if you no longer need as much space. Maintaining a 3,000-square-foot home is bound to cost more than maintaining one half the size. Furthermore, you might think about relocating to a more inexpensive neighborhood, city, or even state. This list of property tax rates by state can help you pinpoint a more affordable locale, but keep in mind that a cheaper home with higher property taxes might end up costing less than a more expensive property whose taxes are lower. You’ll need to look at the big picture before making a move.

The average retiree spends $6,852 per year, or $571 per month, on transportation. And while your transportation costs are likely to go down once you no longer have a job to commute to regularly, if you own a car, your annual spending might well exceed that figure. According to AAA, it costs about $8,700 a year to own a vehicle, but just as your healthcare costs might climb as you age, so too might automobile maintenance get pricier along the way. And don’t forget that your auto insurance might go up as well -- Esurance says that rates tend to climb for drivers 70 and older.

If you’re a two-vehicle household, it often pays to get rid of one automobile and pocket the extra savings. And if you live in or near a city with public transportation, you might consider giving up car ownership and sticking to trains and buses. According to LendingTree, the average monthly train commute across all U.S. cities costs just over $100. And while that figure is higher in some cities, it tops out at $237 in Washington, D.C. -- which is far cheaper than the $725 per month it costs to have a vehicle of your own.

Retirees need to eat, so it's no wonder they spend an average of $459 per month on food. But believe it or not, the bulk of that money goes toward groceries. Seniors only spend about $170 a month on restaurants and takeout, which means if it weren’t for those early bird specials, those numbers would be even higher.

To limit your food-related spending, start cutting back on the latter. Food establishments typically charge a 300% markup, so if you’re like the average senior household spending $170 a month on food outside the home, slashing that figure in half would save you over $50 a month, or $600 a year.

According to the Bureau of Labor Statistics (BLS), seniors aged 65 to 74 spend an average of $1,417 on clothing per household, compared to $1,789 for those 10 years younger. Now you don’t need to update your wardrobe regularly if you don’t have a job to go to, but you should still factor clothing into your budget nonetheless.

That said, there’s no need to pay full price when you can get much of what you need on sale. Time Magazine reports that the best time of the year to score the lowest prices on clothing is the week starting the day after Christmas. If you’re willing to battle the crowds, you might benefit from some pretty major deals.

Seniors aged 65 to 74 spend an average of $2,988 per year on entertainment per household, or so BLS data tells us. That's well over $100 more per year than pre-retirees aged 55 to 64. And it makes sense. Retirees have more free hours to fill, and those senior discounts will only get you so far. According to Merrill Lynch, 58% of retirees fail to budget for leisure activities when they plan for retirement, but if you don’t work entertainment into your budget, you might find yourself bored and unhappy.

Of course, if you’re willing to do a little legwork and get creative, you can find loads of low-cost or free entertainment. Establishments like museums and movie theaters typically offer reduced rates to seniors. And if you’re willing to invest in an AARP membership, you’ll get loads of money-saving opportunities for as little as $12.60 a year.

You know that newfound free time we just talked about? If mahjong isn’t your thing, you might throw yourself into sprucing up your home. And while that’s certainly a rewarding way to spend your time, it can also be costly. It's estimated that 20% of senior homeowners do some type of remodeling project each year. In fact, baby boomers -- many of whom are already retired -- tend to take on projects costing twice as much as what their millennial counterparts are spending.

If you don’t have the money to go all-out but still want to improve your home, focus on projects that are completely DIY (do it yourself), where you’ll eliminate the need for outside labor. Also check out resale stores like the Habitat for Humanity ReStore, where you’ll find a variety of materials on the cheap.

Many retirees dream of seeing the world once they stop working, but of all the hobbies you might pursue, travel is likely to be the most expensive -- by far. An estimated 7% to 8% of households aged 65 and up spend 25% of their income on travel, and Merrill Lynch projects that over the next two decades, retiree travel will grow into a $4.6 trillion industry. If you’re hoping to travel extensively in retirement, you’ll need to make that goal a major part of your retirement savings plan.

Now if you’re smart about the way you book and pay for your travel, you can trot the globe without blowing through your life savings. First, avoid peak travel periods, such as holiday weekends, Thanksgiving week, and the week between Christmas and New Year’s Day. In addition, the right credit cards can really help you accumulate points or miles, which can shave thousands off your travel costs. Finally, consider skipping hotels in favor of vacation rentals, which tend to not only be cheaper to start with, but come with fully equipped kitchens that can help you save money on meals.

With your adult kids grown up and, ideally, living on their own, you may find yourself focusing on the next best thing -- your pet. But don’t forget to factor that lovable creature into your budget. Seniors 65 and up spend an average of $403 on pets each year, but if your animal is older or has health issues, your costs might go up.

If you’d rather not spend a small fortune on your pet, look into buying supplies, food, and medicine in bulk and online. Pet insurance might also save you a bundle if your pet has a costly condition or illness -- at least that’s what Consumer Reports found after analyzing coverage under a number of major providers. But be careful, because not all plans cover existing conditions, and the last thing you want to do is pay more in insurance premiums than you actually save.

Those little bundles of joy might light up your world, but if you’re not careful, they might also mess with your budget. According to an AARP study, 25% of grandparents spend over $1,000 a year on their beloved grandchildren. While much of that spending stems from gift giving, 53% of grandparents contribute toward educational costs, while 37% help pay for their grandkids' everyday expenses.

If you’re intent on helping your grandkids pay for college, you might consider a 529 plan, which lets your money grow on a tax-deferred basis. And if you find that your grandchildren are zapping too much of your limited resources, you could always revert to the one gift that costs the least but they’ll appreciate the most -- your time.

While some of these numbers might come as a shock, you can prepare yourself for what lies ahead by saving independently for retirement. Social Security isn’t enough to sustain the average retiree by itself, so saving on your own will really allow you to live it up as a senior, Bingo tournaments and all.