Social Security provides critical benefits to millions of seniors, and unless you're going into retirement with a heap of independent savings, you'll probably come to rely on those benefits more than you'd think. That's why it's important to understand exactly how Social Security works and develop a strategy for making the most of it. Namely, you'll want to avoid one major mistake that could cost you thousands of dollars in lifetime payments: claiming benefits at the wrong age.

Your Social Security benefits themselves are based on your highest 35 years of earnings. Once your base payment amount is established, however, that number can go up or down depending on when you first file for benefits. If you wait until your full retirement age to take benefits, you'll be entitled to your base payment in full. Claiming benefits sooner or later, meanwhile, could cause those payments to go up or down.

Now you're allowed to start collecting Social Security as early as age 62, and in fact, many Americans do. In fact, 62 is the most popular age to begin taking benefits; an estimated 42% of men first file at this age, and 48% of women do the same. But there's a downside to filing for Social Security at 62, and it's that doing so will trigger a reduction in benefits that remains in effect for the rest of your life. Specifically, you'll lose 6.67% of your full benefit amount per year for the first three years you claim early, and then 5% per year after that. This means that if your full retirement age is 66 and your full benefit amount is $1,500 a month, claiming at 62 will knock your monthly payments down to $1,125. 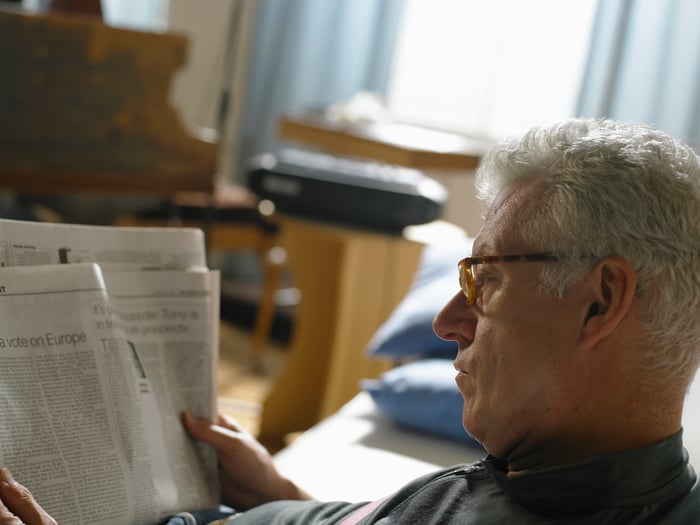 On the flipside, if you delay Social Security past your full retirement age, you'll get an 8% boost in benefits for every year you hold off up until age 70, at which point there's no additional incentive to wait. In our example, waiting four years to collect benefits would raise a $1,500 monthly payment to $1,980 -- for life.

Know how the system works

Some people claim Social Security at 62 because they don't have another choice. Those who have the option to wait, however, might aim to hold off until 70 to give themselves the maximum raise. But before you make plans to file for benefits at any given age, you should understand that Social Security is actually designed to pay you the same lifetime benefit regardless of when you first claim.

Think about it: Though claiming benefits early will reduce the amount of your payments, you'll also get a larger number of payments. Delaying your benefits, meanwhile, will increase those payments, but you'll have fewer of them to collect. You therefore shouldn't assume that claiming Social Security early is a bad idea, or that waiting is a smart idea. Rather, you should figure out the age at which you'll break even based on different scenarios, and do your best to determine whether you'll live till that age or not.

We can apply the same calculations to see whether it makes sense to claim Social Security on time or wait until 70. In that scenario, your break-even age will be 82.5, and here's how we get there:

If you think you'll live past 82.5, waiting can be a rewarding prospect. But if you expect to pass sooner, you're better off claiming on time.

Of course, these are just a few specific scenarios, but the point is that you can run these numbers as they apply to your circumstances to find your break-even point, and then work from there. Knowing your break-even point can help you avoid claiming Social Security at the wrong age and missing out on thousands of dollars in lifetime retirement income.