The IRS doesn't take kindly to workers who don't pay their taxes in full when they're supposed to. Here's how to avoid tax underpayments and the penalties they can cause.

In an ideal world, you'd know exactly how much tax to pay or have withheld from each paycheck throughout the year and break even come tax season. But, sadly, things rarely work out perfectly like that. In fact, many tax filers wind up in the unfortunate situation of underpaying their taxes and getting penalized as a result.

Federal tax underpayment scenarios can arise for salaried and self-employed workers alike. The good news, however, is that you can steps to avoid a tax underpayment penalty by being mindful of how much income tax you're paying and withholding from your earnings. 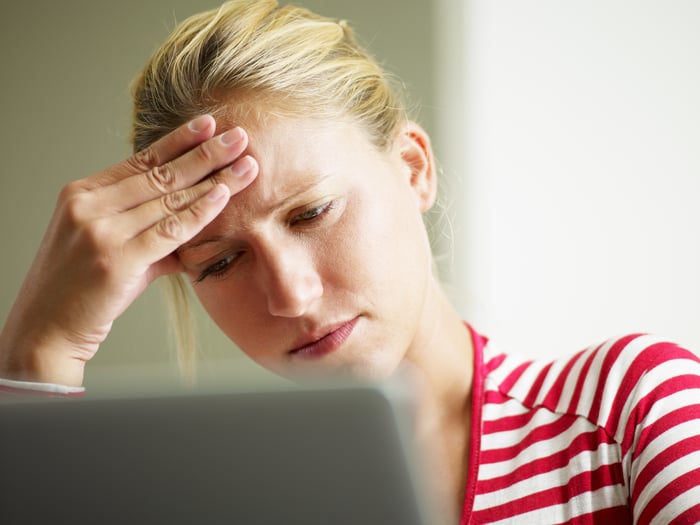 It's easy enough to fall into a situation where you haven't paid enough tax for the year. Though salaried workers can arrange to have taxes withheld from their paychecks, if you claim the wrong number of allowances on your W-4, you could wind up in an underpayment scenario. Similarly, if you're a salaried worker who earned a lot of outside income during the year (say, through investments), you could easily wind up underpaying your taxes even if you filled out your W-4 correctly.

It's even easier to underpay your taxes if you're a self-employed or freelance worker with variable income. Non-salaried employees don't have taxes withheld when they receive income; rather, they're required to make estimated quarterly tax payments in accordance with what they earn. If you're freelance or self-employed, you might face an underpayment penalty if you fail to calculate the correct amount of tax to pay, or inadvertently skip a payment.

How to avoid underpayment penalties

Underpaying your taxes won't always result in an actual penalty. Generally, you can avoid an underpayment penalty in the following scenarios:

That last rule, however, works a bit differently for higher earners. If your adjusted gross income for the previous year is over $150,000 as a married couple filing jointly, or over $75,000 as a single filer or couple filing separately, you're required to pay 90% of the current year's tax bill or 110% of the previous year's tax bill -- whichever figure is lower. You should also note that the rules regarding underpayment penalties are different for farmers and fishermen.

Of course, you can't undo what's done, so if you're stuck with an underpayment penalty this year, you can take steps to avoid one going forward. If you're a salaried employee, start by increasing your withholdings on your W-4 so that more tax is taken out of each paycheck along the way. If you're a salaried worker with a large amount of extra income, consider making estimated tax payments to cover your bases.

If you're self-employed, be sure to make your estimated payments for the current tax year by the following deadlines:

If you're not sure how much to pay each quarter, you can use this handy IRS form to figure it out.

Getting the underpayment penalty waived

Though it's best to avoid an underpayment penalty to begin with, the IRS will sometimes waive the penalty if the following situations apply:

If you are stuck with an underpayment penalty, you can use this form to calculate it -- though as the form itself states, the IRS will frequently send you a bill letting you know what you owe. Finally, remember that just because you manage to avoid an underpayment penalty doesn't mean you'll get out of paying the actual taxes you owe. If you file your return and find that you've underpaid, you'll need to give the IRS its money pronto to avoid a whole different set of fees.