Please ensure Javascript is enabled for purposes of website accessibility
Log In Help Join The Motley Fool
Free Article Join Over 1 Million Premium Members And Get More In-Depth Stock Guidance and Research
By Maurie Backman - Apr 30, 2017 at 9:46AM

If you were born in 1960 or later, filing for Social Security at 67 means claiming your benefits right on time. Here are a few good reasons to adopt this strategy.

Millions of seniors rely on Social Security to pay the bills in retirement, and the age at which you first claim benefits can have a huge impact on your long-term finances. Though you can choose to take Social Security as early as age 62 and as late as age 70, many recipients opt to file once they reach their full retirement age, at which point they can collect their full benefits without any early retirement penalties or delayed-retirement credits.

Your full retirement age is based on the year you were born, as follows:

For anyone born in 1960 or later, filing for benefits at age 67 means claiming them exactly on time. Here are three good reasons to go this route. 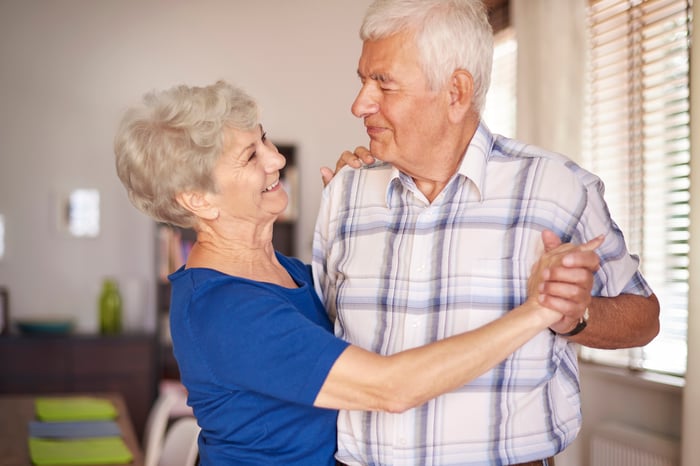 1.You won't face a reduction in benefits

No matter what year you were born, if you claim Social Security at age 67, you're guaranteed to collect your benefits in full. Given the number of people who enter retirement with inadequate savings, avoiding a reduction in Social Security is often critical. According to Transamerica, current retirees have a median savings balance of $119,000. While that might sound like a nice chunk of change, it's not enough to support you throughout retirement. One out of every four seniors reaching age 65 will live to be more than 90; over that 25-year period, savings of $119,000 would only provide income of $4,760 a year, or $397 a month. If you're in a similar situation savings-wise, it pays to claim your Social Security benefits once you know you aren't risking a reduction.

2. You're not expecting to live very long

Imagine you're eligible to collect $1,500 a month in Social Security benefits at your full retirement age of 67. Waiting until age 70 will increase those payments to $1,860 a pop, but you'll also be 36 payments shy of what you would've had by claiming benefits three years earlier. Now in this example, you'd come away with the same amount in lifetime benefits at age 82.5 regardless of whether you first claim at 67 or 70. But if you don't expect to make it until 82.5, then you might as well take those benefits as soon as you're eligible to collect them in full.

3. You'll have more money to enjoy while you're younger

Americans are living longer these days. The Social Security Administration estimates that the average 65-year-old man today can expect to live until 84.3, while the average 65-year-old woman can expect to live until 86.6. But despite these encouraging statistics, it's hard to argue with the fact that the typical senior will have more energy and fewer health issues at 67 than he or she will 15 years later.

The benefit of collecting Social Security right at your full retirement age is that you'll have the option to use that money to fulfill your personal goals before major health issues kick in. These might include traveling, training for a triathlon, or perfecting your golf swing. Or they might be less lofty, like tending to your garden or spoiling your grandchildren rotten. No matter what your personal objectives are, having money at your disposal gives you the flexibility to do the things that make you happy at a time in your life when you're well-equipped to enjoy them.

Filing for Social Security is not a decision to be taken lightly. While there are plenty of good arguments for taking benefits early or delaying until age 70, you have a lot to gain by waiting until 67 and claiming them right on time.