Just as tax fraud costs the IRS countless dollars each year, so, too, does Social Security fraud cause the program to lose billions. The problem is so bad, in fact, that the agency itself has no idea how much money it parts with needlessly.

According to Sean Brune, who serves as assistant deputy commissioner at the Social Security Administration's budget office, as of April 2017, the agency has no clue how much it's lost to fraudulent payments. And while folks at the agency are working on ways to fight back, until they make major strides, the problem is only likely to get worse. 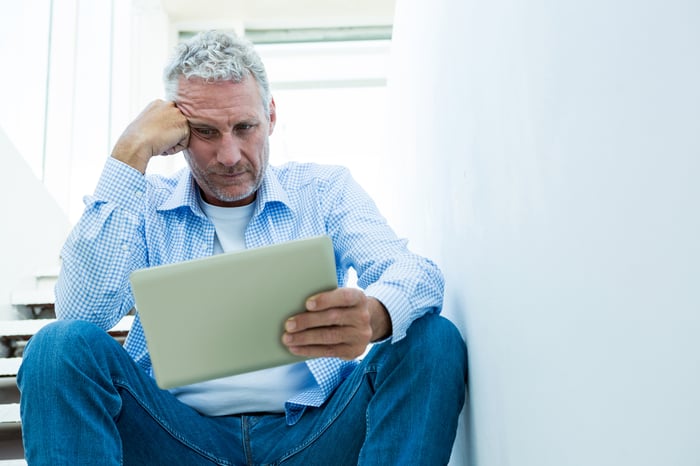 Social Security provides crucial benefits for retired and disabled workers and their survivors, but not everyone who collects Social Security is entitled to it. Case in point: In recent years, investigators identified a massive fraud ring out of West Virginia and Kentucky that filed over 1,700 illegitimate Social Security benefits applications. All told, that cluster alone could've cost the government more than $500 million in erroneously paid benefits.

While Social Security fraud comes in a variety of flavors, common scams include hiding work activity to continue receiving disability benefits, and failing to notify the agency of the death of a beneficiary while collecting his or her checks. The latter, in fact, cost the Social Security Administration big time back in 2013, during which time over 1,500 deceased beneficiaries managed to continue getting paid.

Meanwhile, earlier this year, an audit of the Social Security Administration found that over the past decade, the agency wound up paying $1 billion in benefits to recipients who didn't have Social Security numbers. More than 22,000 people managed to collect money they weren't entitled to.

The good news is that the agency is stepping up its game to prevent fraud going forward. The bad news, however, is that the problem isn't about to go away overnight, and given Social Security's already precarious financial state, it can't afford to lose any more money.

Despite the rumors we all may have heard, Social Security is not going broke. It is, however, facing an $11 trillion shortfall in the coming years. Because more people are expected to leave the workforce than enter it, incoming tax revenues won't be enough to keep up with scheduled benefits. Rather, the agency will need to draw from its trust funds to continue making payments.

But those trust funds don't have unlimited cash, and according to the latest projections from Social Security's Board of Trustees, they'll be depleted by 2034. Once that happens, the program will be facing a major deficit, so much so that future recipients might see as little as 79% of their originally scheduled benefits.

Of course, the situation could be worse, and it's not as if the agency expects to reach a point where it runs out of money completely. But given the number of people who rely on Social Security as a primary source of income, a 21% cut in benefits could be downright catastrophic -- especially since, as it is, those benefits do a notably poor job at keeping up with inflation.

Taking matters into our own hands

In the absence of reporting Social Security fraud, there's really not much the public can do to address the problem. But what those of us who are still working can do is start saving for retirement independently so that if the program's finances don't improve, whether because of ongoing fraud or additional factors, we have alternative sources of income.

Of course, the irony is that even without Social Security's impending problems, the retirement benefits it pays still aren't enough to sustain the typical senior. In fact, those benefits are only designed to replace roughly 40% of the average worker's pre-retirement income. Because most people need nearly double that amount to cover their costs in retirement, relying on Social Security alone has always been a recipe for disaster. The fact that the agency has a glaring fraud problem to contend with only further drives home the point.