There's a reason the Roth IRA has often been dubbed the world's greatest retirement savings tool. Roth IRAs offer a world of benefits, like tax-free retirement withdrawals and the ability to earn tax-free interest on your savings indefinitely. That said, there's a lot of misinformation out there regarding Roth IRAs, and if you don't get your facts straight, you might miss out on some key savings opportunities. Avoiding these three Roth IRA mistakes will help you make the most of your nest egg, both now and in the future.

1. Not opening a Roth IRA because you earn too much

If there's one drawback commonly associated with Roth IRAs, it's the fact that higher earners don't get the same opportunity to contribute as lower earners. Currently, single filers earning more than $133,000, and joint filers earning more than $196,000, are prohibited from contributing to a Roth IRA directly. But even if your income exceeds these limits, you still have the option to put money into a traditional IRA and convert those funds to a Roth down the line. 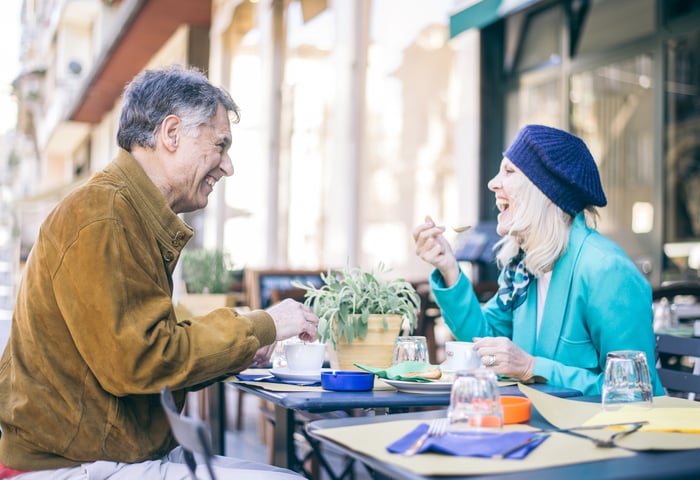 Now Roth IRA conversions do require a degree of planning, simply because you'll be required to pay taxes on the amount you roll over right away. So if, for example, you initiate a conversion in 2017, the amount you roll over will be added to your taxable income, which could also push you into a higher bracket and impact other deductions or tax breaks you may have otherwise been eligible for. But if you plan accordingly, converting funds to a Roth will not only give you the benefit of tax-free withdrawals in retirement but more flexibility going forward.

2. Forgetting about the five-year rule

Unlike traditional IRAs, Roth IRA contributions aren't tax-deductible. Rather, your money goes in once you've paid taxes on it, but in return, you get tax-free withdrawals once you turn 59 1/2. Now with a traditional IRA, you'll be penalized for taking distributions prior to age 59 1/2 unless you qualify for an exception. With a Roth IRA, you can remove any portion of your principal contributions at any time without penalty. Some people, however, mistakenly believe they can cash out their entire Roth IRA at any age if need be and not face penalties, and this just isn't true.

To gain early access to your entire Roth IRA balance, you'll need to have had that money in your account for at least five years prior to making a withdrawal. This rule applies regardless of how old you are. So if, for example, you fund your Roth IRA at age 57 and want to empty it at age 60, your gains won't be eligible for tax-free withdrawals because your account will only be three years old at the time.

Now the good news is that this five-year period applies to your initial Roth IRA contribution only. In other words, that five-year clock doesn't reset every time you add money to your account. But it's important that you be aware of this rule to avoid unnecessary penalties.

3. Withdrawing funds early because you can

Once you fund a Roth IRA, you're allowed to withdraw your principal contributions at any time without penalty -- an option that offers the utmost financial flexibility for savers. But this particular benefit is, in some ways, the Roth IRA's greatest drawback.

Simply put, because there's no penalty for removing funds early, many Roth IRA holders jump at the chance to do so when they find that they need the money. After all, it's easier to tap a Roth IRA than to apply for a loan, rack up credit card debt, or cut back on expenses when money gets tight. The problem, however, is that when you take an early IRA withdrawal, that's money you won't have available in retirement, when you need it the most.

Furthermore, it's not just the value of your withdrawal you'll end up losing out on for retirement purposes. Rather, it's the extent to which that money could've grown.

Imagine you withdraw $20,000 from your Roth IRA at age 50 to cover some unexpected home repairs. Let's also assume that your Roth investments typically generate an average annual 7% return, which is a few points below the stock market's average. Finally, let's say your goal is to retire at age 65 and start taking regular withdrawals then. At the end of the day, you'll miss out on 15 years of growth on that $20,000 distribution, and your nest egg will have $55,000 less than it could've had.

Tempting as it may be to take an early Roth IRA withdrawal, you should really only touch that money as a last resort. Otherwise, you'll end up losing out on so much more than the amount you actually remove.

The more you familiarize yourself with the way Roth IRAs work, the more you'll manage to use your account to your advantage. By steering clear of these mistakes, you'll be well on your way to amassing a respectable nest egg that will serve you well in retirement.