When contributing to a 401(k) account, the tax savings happen automatically -- your contribution comes out of pre-tax dollars, then the remainder of your paycheck is used to calculate your income taxes. Getting the tax break on an IRA contribution is a bit more complicated, but it works out to much the same thing: You list the amount you contributed to traditional IRAs on your tax return, and you can deduct that amount from your income.

Note that if you have access to an employer-based retirement savings account, and your income is above a certain level, you won't be able to deduct your IRA contributions. In that case, you're better off sticking to 401(k) contributions to maximize your tax-deferred benefits. 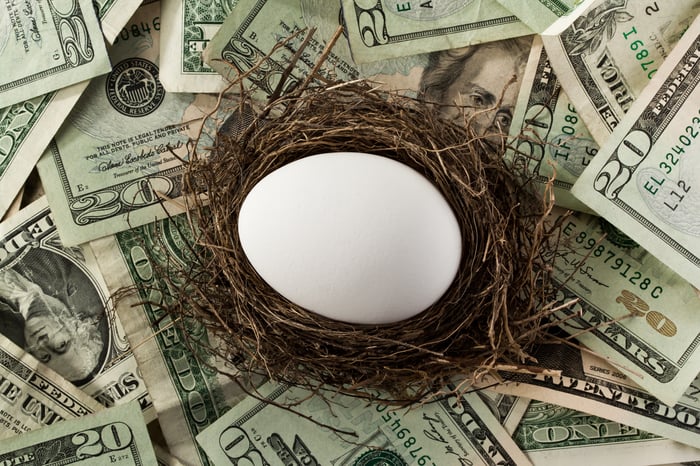 If your income is above a certain level (in 2017, that's $196,000 for married filing jointly, and $133,000 for single or head of household), you're not allowed to contribute to Roth accounts. You won't lose anything you've already contributed to a Roth, you just can't add more. In that case, contributing to a tax-deferred account is your only option.

The tax benefits of both accounts

Both tax-deferred accounts and Roth accounts apply tax benefits to the investments inside the accounts. First, any dividends or interest paid into these accounts will not be taxed as they occur. Second, if you sell an investment inside such an account, you won't need to pay capital gains taxes no matter how much profit you made on the transaction.

The idea is to maximize your tax savings at the point when your income is at its highest. Higher income means a higher tax bracket, meaning that you'll be paying a higher percentage of income taxes. So, tax breaks will be more meaningful when your income is higher than when it's lower.

For many savers, the best approach is to have both types of retirement savings accounts. This gives you flexibility to choose between taxable and tax-exempt income once you retire and start tapping those accounts, which can open up new options for managing your taxes during those years.

Another factor to consider is required minimum distributions, which will kick in when you hit age 70 1/2. RMDs are based on how much you have in tax-deferred accounts, but they ignore Roth accounts. As a result, having some money in Roth accounts will make your RMDs smaller, limiting unnecessary distributions (and the resulting taxes).

Splitting your contributions between tax-deferred and Roth accounts may end up saving you the most on taxes in the long run. You won't optimize your tax savings relative to your income level, but if having both types of accounts allows you to dodge Social Security benefits taxes and tweak your RMDs, you'll be awfully glad you set things up that way once you're retired.