And they’ll be thankful for it when they’re older.

Saving for retirement doesn't come easy for most of us -- especially since the money we put into our nest eggs has to come from somewhere. And since younger workers tend to earn less than their older counterparts, it's easy to see why so many might struggle to set aside funds for the future.

But new data from NerdWallet tells us the opposite is true -- millennial parents in particular are on pace to out-save older generations by sizable margins. In fact, if working millennials, Gen Xers, and baby boomers were to keep saving at their current average rates until age 67, millennials would be well positioned to retire with over $1 million more than boomers, and over $400,000 more than Gen Xers. 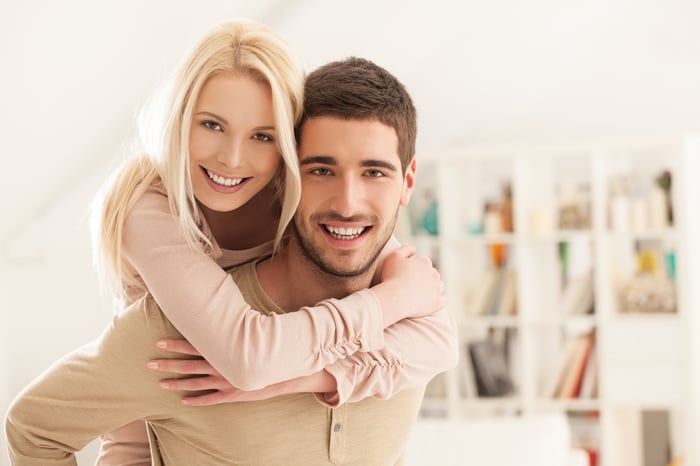 Of course, a big part of this boils down to the fact that millennials have time on their side. Thanks to the power of compounding, a lengthy savings window is younger workers' most valuable tool on the road to building a nest egg.

But it's not just time that's giving younger workers an edge. Millennial parents in particular are saving at rather impressive rates. Of those who are actively contributing to a retirement plan, 38% are setting aside more than 15% of their income. Those contributions, however, are coming at a cost. An estimated 76% of younger savers claim they've made major sacrifices to get to where they are today, and where they're projected to go in the future.

What are younger workers giving up?

Socking money away for retirement -- especially if we're talking 15% or more of one's income -- is no easy feat when you're dealing with what could easily be a lower-than-average salary. Case in point: On a national level, the average salary among 25- to 34-year-olds is $39,416 per year, which is roughly $10,000 less than what the typical 35- to 44-year-old brings in.

So how are millennials managing to save so well? Much of it boils down to sacrifice. Here are just some of the things younger workers have given up to fund their nest eggs:

Clearly, most of the items on that list are luxuries. (It'd be troublesome, for example, to hear that millennials are skimping on healthcare to keep their retirement plan contributions steady.) But while younger savers are doing a great job of getting their financial priorities in order, older workers aren't sacrificing to the same degree and, as such, aren't displaying the same level of confidence in their ability to retire comfortably.

What expenses are you willing to cut?

There's no question about it: Without adequate savings, today's workforce members, no matter how old or young, won't have enough income to pay the bills in retirement. (If you're thinking you'll fall back on Social Security, forget about it. Those benefits won't come close to sustaining the average American.) So if you're behind on savings, it's time to start making sacrifices if that's what it takes to fund your nest egg.

Let's look at some of the things younger workers are willingly giving up. First, there's dining out. Considering food establishments typically charge a 300% markup, eating at home consistently could help you slash your food costs by up to two-thirds, and that's money that can go directly into your nest egg. Then there are vacations and entertainment. Sure, it's nice to travel and do new things, but if giving up these luxuries spells the difference between funding your nest egg and not saving at all, you'd be wise to go the staycation route and explore your options for free activities.

Now let's talk housing and transportation. Housing is the typical worker's single greatest monthly expense, so if you keep your costs to a minimum, you'll have more money for other obligations and goals, such as retirement. As a general rule, your housing costs should never exceed 30% of your take-home pay, but if you're willing to keep that number at 15%, you'll be well positioned to bank the rest. And while you may have no choice but to own a vehicle if you live deep in the heart of suburbia, if you're a city dweller for whom that car is an indulgence more so than a necessity, giving it up could shave thousands of dollars off your yearly expenses -- especially since owning a car costs $8,700 a year, on average.

Of course, giving up educational opportunities and children is a whole different story. Though going back to school often ends up being a waste of money, there are plenty of scenarios in which it absolutely makes sense. And while having fewer kids will obviously help keep your costs down, there's an emotional impact to consider there as well.

But no matter what sacrifices you choose to make, take a lesson from those who are giving up on the things they want to have the money they need down the line. Your retirement account isn't going to fund itself, and the sooner you recognize that, the better equipped you'll be to start making changes.