If you're like most working Americans, your weekday routine is pretty much the same: You get up, go to work, come home, and prepare to do it all over again. In fact, you probably don't put much thought into what other workers are doing or earning -- but doesn't mean you shouldn't. With that in mind, here's some data on the state of American workers that'll teach you a thing or two.

According to the Bureau of Labor Statistics, more than 10% of U.S. earners worked for themselves as of 2015. Of those, roughly 9.5 million were unincorporated, while the remaining 5.5. million incorporated their businesses. 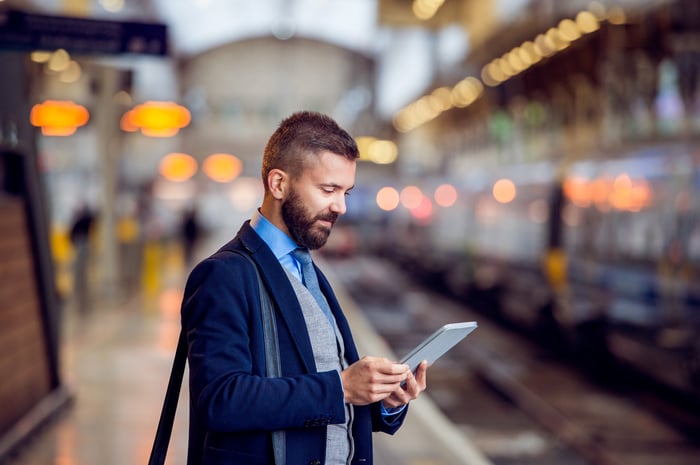 Going the self-employment route certainly has its advantages. For one thing, you get to make your own hours and call your own shots. Working for yourself might also cause your earnings to climb, especially when you consider the special tax breaks available to freelancers.

2. Millennials are now the largest generation in the workforce

Like them or not, millennials are rapidly taking over the workforce. More than one-third of U.S. employees today fall between the ages of 18 and 34, and in 2015, millennials officially replaced Generation X as the single most dominant generation in the labor force. In fact, Gen X only got to hang onto that title for about three years before millennials came in and took over.

3. The wage gap is real -- but it's narrowing among younger workers

It's estimated that women earn anywhere from $0.77 to $0.83 for every dollar their similarly qualified male counterparts bring in -- a fact that workers and the media alike bemoan. But there is a touch of good news with regard to the wage gap, and it's that it's getting smaller among younger female workers. In 2014, women aged 25 to 34 earned $0.91 for every dollar earned by males within that same age range, according to the Pew Research Center. Meanwhile, women between 16 and 24 earned $0.93 for every dollar brought in by similarly aged men.

And it makes sense. Younger women are less likely to take time off from the workforce to raise families, which helps explain why they're less affected. Case in point: Back in 2012, roughly 60% of stay-at-home mothers were over age 35.

It's no secret that those who graduate from college are more likely to command higher wages than workers with only a high school diploma. But the earnings gap between degree-holders and those without has reached its widest point in decades, according to Pew Research.

These days, workers with college diplomas earn about 56% more than those with high school diplomas alone. Furthermore, as of 2015, younger workers aged 25 to 34 with college degrees earned roughly $20,000 more than similarly aged workers who didn't graduate college.

Not only that, but college-educated adults are also more likely to land full-time work than those who didn't attend college. In July 2016, unemployment held steady at 2.5% among working adults with college degrees, whereas that figure reached 5% for adults with just a high school diploma.

Though many workers plan for an early retirement, a growing number of older employees are staying put in the workforce. As of May 2016, roughly 19% of Americans aged 65 and over were employed on either a full-time or part-time basis. That's close to 9 million seniors for those keeping track. Furthermore, in a recent Transamerica study, 56% of adults said that they plan to continue working in some capacity during retirement, which means we may see this number go up in the near future.

Of course, a big reason so many older Americans continue to work boils down to a lack of savings. The median savings balance among households nearing retirement is just $17,000 -- hardly enough to live off. Throw in the fact that people are living longer these days, and are therefore having longer retirements, and it's no wonder so many older Americans feel the need to keep clocking away.

Only time will tell how these statistics and trends evolve, but one thing's for sure: It'll be interesting to see how things shake out.