Please ensure Javascript is enabled for purposes of website accessibility
Free Article Join Over 1 Million Premium Members And Get More In-Depth Stock Guidance and Research
By Selena Maranjian - Jan 17, 2018 at 10:35AM

Yes, rising interest rates mean higher mortgage payments. But there are some rather significant upsides to higher rates, too. See if you'll benefit.

Interest rates have been near historic lows for many years now, and it seems that the tide is finally starting to turn, with rates inching up. That has some people quite concerned, especially if they were aiming to buy a home in the near future. But rising interest rates are not all bad.

Many people assume when the Federal Reserve sets interest rates, it's also making direct changes to related items such as mortgage interest rates. That's not quite true, though. Mortgage rates and many other rates are often tied to or at least influenced by the Fed's actions, but the Fed doesn't set them. Indeed, on occasion, they've moved in the opposite direction of Fed actions. 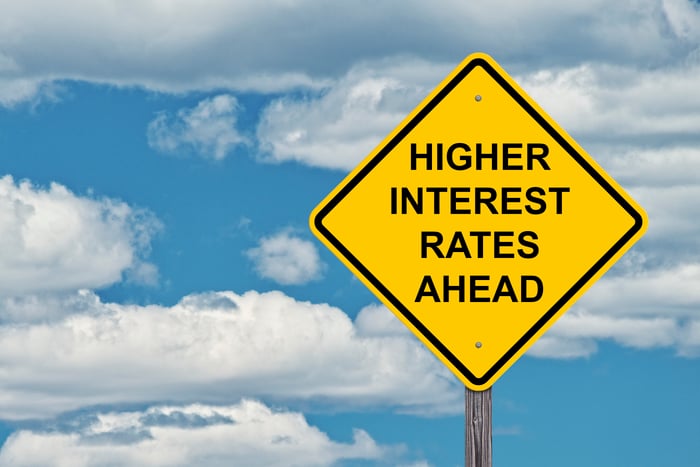 The current range is still very low, historically speaking. During the 1990s, for example, the rate bounced around between about 3% and 8%, and in the early 1980s, it hit 20% several times.

The power of interest rates

To appreciate what a difference your home loan's interest rate makes, check out the table below for monthly payments on a $200,000 30-year fixed-rate loan for a $250,000 home:

Just as high interest rates can doom your hopes of affordable mortgage payments, they can do positive wonders for your savings. One of the highest interest rates for savers buying 6-month certificates of deposit (CDs) was about 18% -- in August of 1981. That wasn't a total fluke, either, as double-digit rates (often in the mid to high teens) were on offer for most of 1979 to 1982. Compare that to today, with the best 6-month CD rates recently near 1.5%.

Here's what a difference interest rates can mean for your saving. The table below shows how your money would grow at various interest rates if you socked away $5,000 per year for 10 years:

Of course, if you're lucky enough to get an 18.5% savings account rate, it's not likely to last for a decade. But the table still shows how powerful high rates can be. And if you're lucky, your interest rates over a long period might average much more than 1.5%.

Rising interest rates are great for people who are saving more than they're borrowing. Older Americans, who are not buying as many homes as younger people and who are not taking out many student loans, are particularly poised to benefit.

Older Americans are also most likely to be looking for income from their investments, and higher rates will deliver more interest income from bonds, CDs, and even savings accounts. (Note, of course, that rates on newly issued bonds will be higher, benefiting bond buyers. Those who bought bonds earlier at lower rates will likely just keep getting that lower rate of interest, unless the bonds have an adjusting feature.)

Even annuity buyers will benefit, as the income offered by annuities is very tied to prevailing interest rates. If 70-year-old male annuity buyers are offered monthly income of $625 today, they may be offered $725 or more when buying annuities in future years, if rates keep rising. 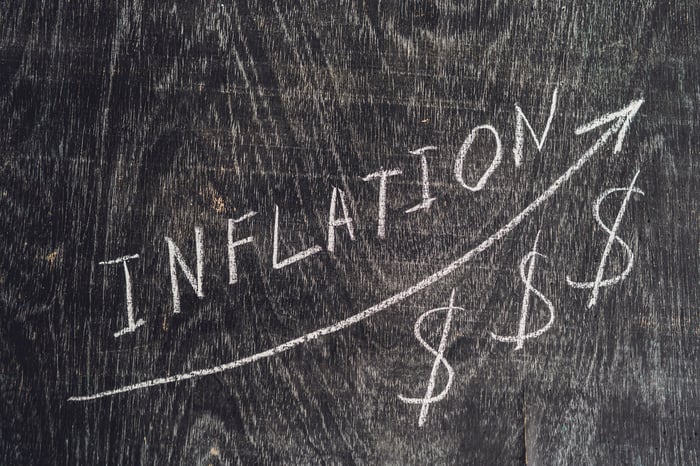 A third upside of rising interest rates is that they can keep the economy from growing too quickly. After all, companies will not be able to borrow money as inexpensively in order to grow, and consumers will be more inclined to save instead of spend than they had been before. A slower growing economy can keep inflation in check, because inflation tends to be higher when interest rates are rising.

Indeed, that's very much what the Fed is aiming to do by moving the Fed Funds Rate -- keeping the economy growing while avoiding excessive inflation. (Historically, inflation has averaged about 3% annually, though in some years it can be far higher or lower.)

There are other effects or possible effects of rising interest rates. For one thing, they are likely to get many people who were planning to buy a home to stop putting it off and take action before rates get much higher. It's the same for those who planned to take out a home equity loan for a major remodeling or other project. These actions, in turn, can lead to more home building, more construction and renovation work, more furniture and paint being sold, and so on. It can spur the economy in its own way.

Also, if there's more buying of homes, that could push prices of homes up, which could help those who want to sell their homes. Higher rates could even lead to a stronger dollar, which will benefit American travelers abroad.

There are upsides and downsides to rising and falling interest rates. The bottom line for you will likely depend on what your near-term financial goals are and whether you're a net borrower or net saver.