And much of it boils down to the way they think about money.

The American Dream -- whatever that really means -- is something most of us strive to achieve. However, a disappointing number of workers feel they aren't there yet.

In a recent CareerBuilder survey, only 47% of adults said they're living the American Dream. Not surprisingly, men are more likely to feel that way than women. Of course, what's sad about this data is that the bulk of Americans (85%) define the American Dream as "making enough money for me and my family to live comfortably." And the fact that most people haven't attained that level of financial security speaks to a broader problem about the way we earn, manage, and spend our money. 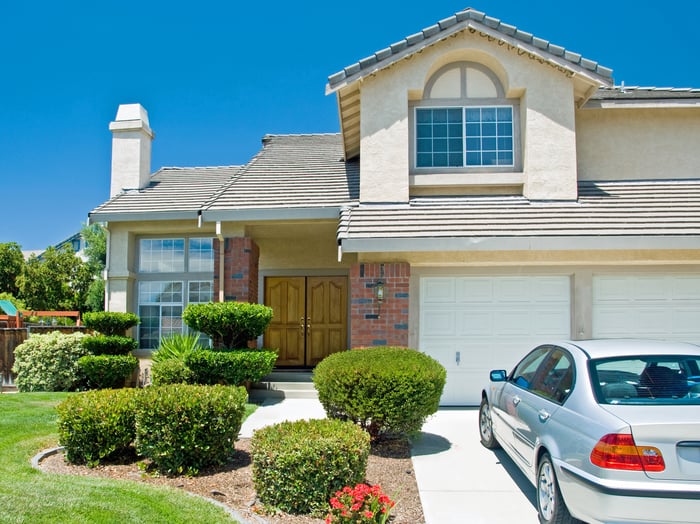 Is financial security out of reach?

It's no secret that Americans tend to be poor savers, but the problem has gotten way out of hand. In fact, only 39% of U.S. adults have enough money in the bank to cover a $1,000 emergency. Another alarming statistic you should know about: Nearly 40% of Americans have no savings at all. Not even so much as a dollar in the bank. It's no wonder, then, that the bulk of Americans suffer from some form of financial anxiety.

But let's get back to the issue at hand: living the American Dream. According to the aforementioned definition, it doesn't mean driving the fanciest car or buying the largest home on the block. So why do so many people overextend themselves in pursuit of that vision? It's estimated that 39 million Americans can't afford their homes, and drivers are borrowing more money than ever to finance vehicles.

And the irony? These actions only serve the purpose of thwarting Americans from achieving the American Dream, which, as is the consensus, simply means living a financially secure lifestyle.

If more folks out there want to live the American Dream, then chances are, getting there isn't a function of propelling their careers forward and boosting their earnings. Rather, it's a matter of learning how to manage their money and live modestly on what they have.

Are you spending too much and saving too little?

As a general rule, we're all supposed to set aside a minimum of 10% of our paychecks for the future. But more than 40% of workers in their late 30s through to their 60s have yet to begin building a nest egg. And the reason, for many, comes down to spending their down their earnings month after month and not getting their priorities straight. Throw in the aforementioned lack of near-term savings, and it's not surprising that Americans don't feel more financially secure.

But if not having to stress over bills is really your primary goal, then there's a simple solution: Start spending less and saving more. If you've historically not done the best job in either, then take an hour or so out of your day to create a budget, which will help you better track your expenses and see where your money is going. To do so, just list your various monthly bills, factor in once-a-year costs, and compare that total to what you receive in your paychecks. If the results don't allow for a 10% savings rate or more, then you'll need to work on cutting corners.

And that leads to the second part of the equation. If you really want to feel secure financially, learn to be happy living below your means. Buy a $300,000 home, even if you're approved for a $400,000 mortgage. Drive the used car that gets you safely from Point A to Point B, even if it only has half the features of your neighbor's vehicle. Buy cheap clothing for your kids when you know they're going to outgrow everything within a year anyway, and skip the fancy summer camps in favor of some good old-fashioned backyard fun.

Living the American Dream really boils down to making smart choices and deciding to be content with less. It also means having money in the bank to fall back on when unplanned hiccups come your way. Follow these rules, and with any luck, you'll soon start to change the way you view your success.