Countless Americans worry about retirement and their ability to cover the bills in the absence of a steady paycheck. But new data reveals that when it comes to retirement, men are far more secure. While 51% of men feel like they're in control of their retirement planning, only 38% of women can say the same.

On one hand, this sentiment isn't shocking. Because men tend to earn more money than their similarly qualified female counterparts, they typically have an easier time saving. Yet women have proven themselves time and time again to be better investors than men. 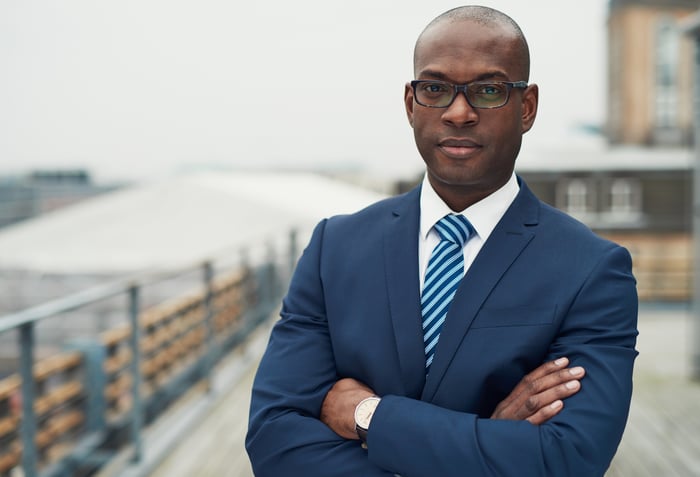 Fidelity reports that whereas women save an average of 8.3% of their income, men save just 7.9%. Women also tend to participate in retirement plans at higher rates. Vanguard reports that 73% of women contribute to an employer-sponsored plan, versus just 66% of men. Furthermore, women are more likely to research their investments rather than dive in blindly. They also tend to trade less frequently than men, which means they not only lose less money to commissions and fees, but are less likely to make rash decisions that result in losses.

Despite all of this, women clearly lack the confidence needed to feel like they're in control of their retirement. If you're feeling insecure about the future, here's what to do.

1. Ramp up your savings

When it comes to retirement, women are at somewhat of a financial disadvantage not just because of the pesky wage gap, but because they tend to live longer than men. The best way to compensate, therefore, is to boost your savings rate as much as possible during your working years. If you're currently setting aside $300 a month in a 401(k), review your budget and cut enough corners to increase that number to $400 a month. Doing so over a 30-year period will leave you with an extra $113,000 in your nest egg, assuming your investments are able to generate an average annual 7% return during that time.

Worried about depleting your nest egg prematurely once you're older? One way to avoid that fate is to extend your career. Doing so serves two key purposes. First, it gives you a few extra years to sock away money, but just as importantly, it prevents you from dipping into your existing savings earlier on.

Imagine that instead of retiring at age 67 as planned, you opt to work until age 70. If, during this time, you're able to max out your 401(k), you'll have an additional $73,500 to work with in retirement, assuming annual contribution limits remain the same. Now let's also imagine that you're planning to withdraw $20,000 a year in retirement to cover your senior living expenses. Hold off on doing that between the ages of 67 and 70, and you'll buy yourself three extra years of income later in life.

When it comes to retirement planning, knowledge is power. Unfortunately, many women lack the knowledge needed to attain financial security down the line. Last year, only 18% of retirement-age women were able to pass a basic quiz on how to make a nest egg last, while 35% of retirement-age men managed to pass. What this tells us is that women need to read up on certain key points and arm themselves with more information.

Take healthcare, for example. Whether you're male or female, it could come to be your single greatest expense in retirement, so it pays to know what you're in for. Then there's Social Security, which serves as a critical source of income for countless seniors. The more you learn about how the program works, the better positioned you'll be to make the most of your benefits. Finally, it helps to know how much of your nest egg you can plan to withdraw each year in retirement. Many financial experts will tell you to aim for 4%, but you'll want to play around with that number depending on what your asset mix looks like and what your specific needs and goals entail.

There's no reason for women to feel less confident about retirement than men, so take steps to change your outlook. Save more, have a plan for preserving your nest egg, and get educated on key retirement topics. With any luck, these moves will help you take control of your future and ensure that it's a financially stable one at that.

Why Do Men Feel More in Control of Their Retirement Than Women? @themotleyfool #stocks Next Article
Current