For years, 62 has been the most popular age for seniors to file for Social Security, even though doing so causes benefits to get slashed. While your benefits themselves are based on what you earned during your working years, you're only entitled to your full monthly benefit upon reaching full retirement age, which, for today's workers, is 66, 67, or somewhere in between. Therefore, if you file at 62 instead, you'll slash your benefits significantly.

Just how bad of a cut are we talking? Imagine your full retirement age is 67 and your full monthly benefit is $1,500. If you file at 62 instead, you'll get just $1,050 per month out of Social Security. 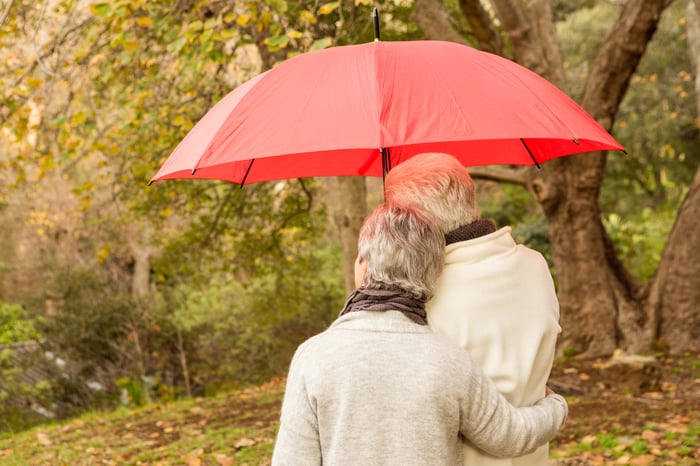 That said, there are certain scenarios where it pays to take benefits as early as possible, even if that means losing out on some money. Here are three that may end up applying to you.

Many folks plan to work until their late 60s or beyond. But what happens if you find yourself unable to work at a much earlier age? It happens more often than you'd think. In fact, a good 60% of workers end up retiring sooner than planned, and the reasons run the gamut from health issues to job loss to needing to become a caregiver for a loved one.

If you're unable to work come age 62, and your savings aren't enough to support yourself, then that's a good reason to file for benefits as soon as you can. Having that extra money could help you avoid losing your home and ensure that you're able to put food on the table. And it's a much better option than attempting to charge your basic needs on a credit card and racking up costly debt you might never manage to shake.

One interesting thing about Social Security is that it's designed to pay you the same lifetime benefit regardless of when you first file. The logic is that while filing early might lower each individual payment you receive, you'll also collect more payments in your lifetime. But this formula assumes that you'll live an average life expectancy, and if you pass away sooner, you'll typically end up losing out on money.

That's why it pays to pull the trigger on Social Security if your health is poor, or you have reason to believe you won't live a long life. In the above example, we saw that filing for Social Security at 62 versus 67 took a $1,500 monthly benefit down to $1,050. Now in this scenario, living until 78-1/2 would mostly allow you to break even -- meaning, you'd collect the same total lifetime benefit regardless of whether you first filed at 62 versus 67. But watch what happens if you pass away at age 75. Suddenly, you're coming out about $20,000 ahead by filing at 62 rather than waiting.

Predicting your own mortality is downright impossible, not to mention uncomfortable. But if your health is in bad shape, it generally pays to claim benefits as soon as you possibly can.

3. You want the money to start a business

Many people associate retirement with not working at all. The reality, however, is that retirement is a great time to start a business. Not only will having an independent venture allow you to bring in an income, but it'll also help stave off depression, which retirees are statistically more likely to suffer from. And if you need money to kick off that business, your Social Security benefits are a solid resource to tap. This especially holds true if you're not counting on those payments to cover the bills, and therefore have some leeway to claim them early.

Besides, think of it this way: If your business brings in enough revenue, you might more than make up for whatever hit you take by filing for benefits ahead of schedule. And if having that venture helps keep you mentally healthy, you'll save money on medical costs as well.

None of the above is meant to imply that it's always a good idea to file for Social Security at 62. The point, rather, is to review some circumstances under which claiming benefits at 62 makes sense. Ultimately, the decision to take benefits will be based on your personal needs, and if you weigh your options carefully, you're likely to wind up claiming Social Security at just the right time.