Please ensure Javascript is enabled for purposes of website accessibility
Log In Help Join The Motley Fool
Free Article Join Over 1 Million Premium Members And Get More In-Depth Stock Guidance and Research
By Maurie Backman – Apr 1, 2018 at 7:18AM

Hint: It's not millennials.

We hear a lot about how Americans are woefully unprepared for retirement, and how Social Security can't sustain seniors on its own. It's estimated that nearly half of all U.S. households have no money set aside for the future, and that includes older workers who obviously have a limited catch-up window. But Gen Xers -- those in their mid-30s to mid-50s -- fall somewhere in the middle of not quite having to stress over retirement just yet and needing to get a move on. This especially holds true for older members of that generation, some of whom might be only a decade or so away from permanently leaving the workforce.

Unfortunately, recent data from the Insured Retirement Institute paints a pretty bleak picture for Gen Xers across the board. Only 60% of Gen Xers have money set aside for retirement, and of those with savings, 70% have less than $250,000 socked away. And if more 30-, 40-, and 50-somethings don't take steps to do better, they're likely to run into financial trouble when the time does come to leave their careers behind. 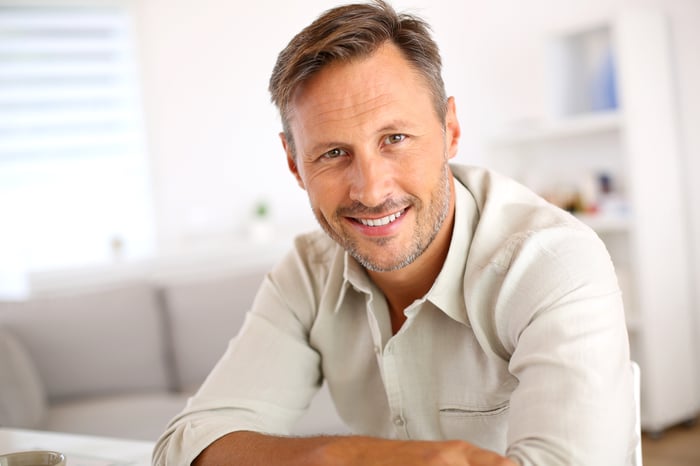 Why do Gen Xers struggle to save? For some, it's a matter of pressing financial obligations, whether it's expensive mortgages, credit card debt, or looming college payments. But one thing all workers need to understand is that without independent savings, you won't cover your living costs in retirement -- even if you're willing to live a much less extravagant lifestyle than you're used to today.

Think about it this way: The average Social Security recipient today collects just under $17,000 a year in benefits. And while those payments should go up over time, don't count on those increases amounting to much when you factor inflation into the mix. Furthermore, Social Security is facing some serious funding issues that, if left unaddressed, could cause benefits to get slashed in the future. The punchline? Relying on those benefits alone is a bad idea if you want to retire with dignity. That's why you need savings of your own -- even if it means adjusting your lifestyle today to have the means to fund your nest egg.

If you're among the 40% of Gen Xers with no money saved for the future (or, you have started saving, but haven't accumulated much), now's the time to get moving. The good news? If you commit to making monthly contributions for the remainder of your career, you should come away with a strong enough nest egg to get by in retirement. Granted, you might need to take on some sort of part-time work as a senior to supplement your income, but you won't be completely up the creek without a paddle.

Check out the following table, which shows what sort of nest egg balance you might be looking at if you save various amounts over a 20-year window:

Of course, these figures assume that you're in your mid-40s, and therefore only have 20 working years ahead of you. If you're younger, then you have a chance to build an even stronger nest egg in time for retirement.

As a Gen Xer, you may not be knocking on retirement's door, but you also don't have a ton of opportunity to make up for lost time. So don't delay: Focus on your savings today, and while you're at it, start thinking about extending your career a bit if your current nest egg balance is truly $0. You'll be thankful you did later on.