If you're not familiar with Social Security, you might assume that there's a single point in time at which you should claim benefits. After all, that's how Medicare works: You're eligible at age 65, and there's no reason to delay enrollment (in fact, you may be penalized for enrolling late).

Social Security works differently, however. You can file for retirement benefits any time between the ages of 62 and 70, and you may have a good reason for filing earlier or later. While your benefits are based on how much you earned throughout your career, the age at which you file can cause them to increase or decrease. Note that you're not required to file at age 70, but there's no reason to wait longer, which we'll get into shortly. 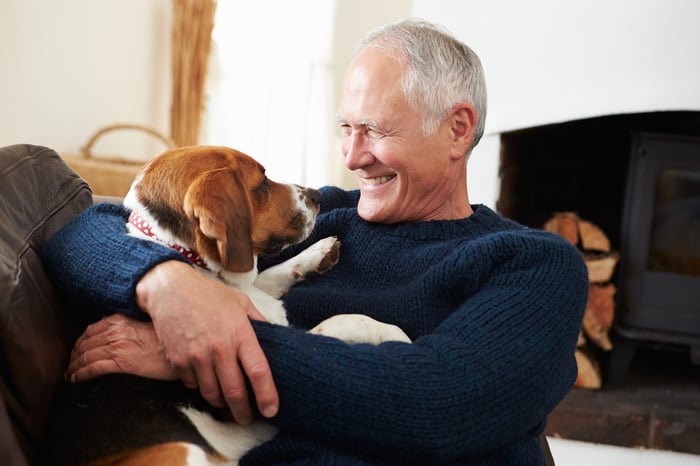 Now here's what you need to know about that eight-year window: Somewhere around the middle of it is your full retirement age (FRA), which is the age at which you're entitled to receive your base monthly benefit. For workers born in 1960 or later, that age is 67. If you were born prior to 1967, your FRA is somewhere between 66 or 66 and a certain number of months.

For each month you file for benefits prior to FRA, your benefits are reduced by a certain amount, but on the flip side, holding off on benefits past FRA will boost them by 8% for each year you delay. This incentive, however, runs out at age 70, which is why there's no sense in waiting past that point to file for Social Security. This is why 70 is considered the latest age to sign up for Social Security. The question is: Is it also the best age to file?

Reasons to claim Social Security at 70

The primary motivator behind filing for Social Security at 70 is to increase your payments for life. And there are several reasons you might want that boost. For one thing, it's just nice to have extra money, but more so than that, many seniors enter retirement with little to no savings. If you're one of them, and you're therefore counting on Social Security to pay your bills, then you'll want to get as much money as possible out of those benefits.

Another reason to wait on Social Security is if you're still working in your late 60s and don't need the money. Now you may have heard that if you remain employed and file for benefits, a portion will be withheld, but that only applies if you're working and claiming Social Security prior to FRA. Once you reach FRA, you can work and collect benefits simultaneously without having to worry about a reduction. You might, however, pay taxes on your benefits in that scenario. That's because Social Security is taxed at the federal level when your earnings exceed a certain threshold, which is likely to happen if you have a steady paycheck. Of course, you might very well end up paying taxes on your benefits regardless of your work status, but it's something to consider nonetheless.

Reasons you shouldn't wait until 70 to claim Social Security

While there are certain scenarios where it pays to wait until 70 to take benefits, in some cases, delaying that long is a bad idea. One such circumstance is if your health is poor and you have reason to believe you'll pass away sooner than the typical senior.

See, one lesser-known fact about Social Security is that it's designed to pay you roughly the same lifetime benefit regardless of when you first file. The logic is that delaying benefits will boost each individual payment, but you'll also collect fewer payments in your lifetime. But this formula assumes that you live an average life expectancy. If you pass away at a relatively young age, you could end up losing out on Social Security income in your lifetime.

Imagine you're entitled to a full monthly benefit of $1,500 at a full retirement age of 67. Waiting until 70 to take benefits will boost each payment to $1,860, but you'll collect 36 fewer payments off the bat. If you live until 82 1/2, you'll wind up with $279,000 in Social Security income regardless of whether you file at 67 versus 70. But if you pass away even a year sooner, you'll end up losing money by virtue of having waited. Therefore, if your health is iffy, it makes sense to jump on those benefits sooner.

Another reason not to wait until 70 is if you're forced to retire sooner than planned and need the money to pay your bills. In that case, you're better off collecting benefits than racking up painful credit card debt. Incidentally, this type of scenario isn't so unusual, as a good 60% of Americans wind up having to leave the workforce earlier than anticipated.

Claiming Social Security at 70 can be a wise move, but it's one that can backfire as well. Your best bet? Weigh the pros and cons of filing at different ages. With any luck, you'll land on the decision that works out best for you.