Retired? Don't get too used to it. If you're not careful, you just might find yourself back at that old desk job.

Countless people look forward to retirement for one key reason: not having to endure the grind of maintaining a full-time career. But new data from Adecco suggests that some workers may be jumping the gun on retirement. In a recent survey, among the 17% of adults who returned to work over the past three years after being out of the workforce for at least 12 months, 13% were retirees who resumed their careers because they needed the additional income.

This news is hardly surprising. The average household nearing retirement has a median savings of just $17,000, according to data from the Economic Policy Institute, and in a more recent study by GOBankingRates, one-third of adults 55 and over were said to have less than $10,000 in a nest egg. Throw in the fact that loads of workers file for Social Security as early as possible, thereby reducing their benefits, and it's no wonder income, or lack thereof, is a problem for seniors. 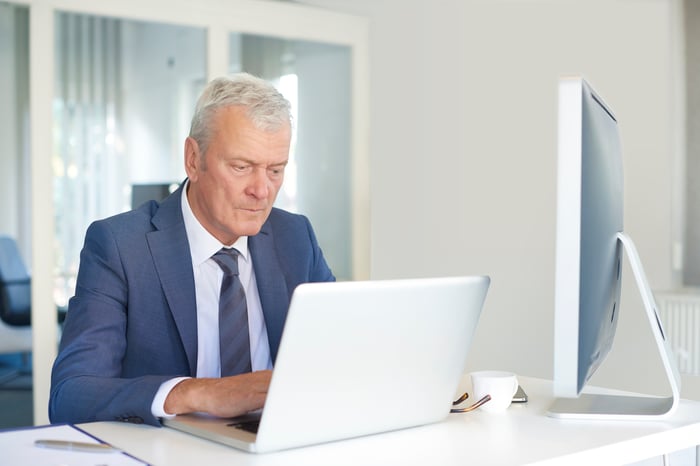 Of course, returning to work when the money starts running out is a smarter move than resigning oneself to an impoverished lifestyle. But let's face it: There's something demoralizing about the notion of thinking you're done in the workforce only to have to step back into it when times get tough. If you'd rather avoid this fate, you'll need to take an entirely different approach to retirement.

How much money do you need to retire?

Let's be clear: You don't necessarily need a $1 million nest egg to retire comfortably and avoid a scenario in which you end up having to return to work. But having little to no savings is hardly acceptable. That's because Social Security is in no way sufficient to sustain seniors on its own. Those benefits will replace about 40% of the average worker's pre-retirement income, but most retirees need double that amount to pay the bills. And that money therefore needs to come from somewhere, such as your savings.

So how can you be sure you've really saved enough to retire? One way to tell is to use what's known as the 4% rule. The rule states that if you start by withdrawing 4% of your nest egg during your first year of retirement and then adjust subsequent withdrawals for inflation, your savings should, in theory, last for 30 years. It's not a perfect formula by any means, but it's a good way to get a handle on where you stand financially based on your current savings level.

Imagine you estimate your senior living expenses at $3,000 per month, half of which will come from Social Security. This means you'll need to supply $1,500 a month, or $18,000 a year on your own. Multiply $18,000 by 25, and you get a $450,000 savings target. If that's what your nest egg looks like, you're probably in decent shape. But if you're looking at a much-lower balance, you'll need to rethink your plans.

Making up for lost savings

So what happens if you discover you're way behind on retirement savings late in your career? For one thing, you might consider postponing retirement, socking away some extra money during that period, and growing your Social Security benefits simultaneously. Imagine you're looking at a full retirement age of 66 for Social Security purposes, only instead of leaving your job and filing for benefits at 66, you wait until 68. Doing so will allow you to boost your monthly payments by 16%, so in the example above, a $1,500 monthly benefit would become $1,740 -- for life.

Meanwhile, let's assume that you can work two extra years and max out a 401(k) during that period. Doing so adds $49,000 (including catch-up contributions) to your nest egg. Assuming zero investment growth, that translates into roughly $2,000 of additional income per year when we apply the 4% rule.

But boosting your savings and Social Security benefits aren't the only options to consider if you're lacking in savings. While the idea of retiring and then going back to full-time work may not sit well with you, working part-time in retirement on your own terms is another story. If you find something you're passionate about, it'll not only serve as a means of occupying your time but also generate income. And if you go this route, you'll be in good company -- seniors 65 and older are more likely to be self-employed than any other age group, according to the U.S. Bureau of Labor Statistics.

Though transitioning from a full-time work schedule to retirement can be challenging in its own right, going from being retired to working full-time is unquestionably difficult. Be smart about assessing and building your savings, maximize your Social Security benefits, and plan for a part-time gig -- and with any luck, you'll never have to go through the process of returning to the workforce when you thought you were done with it for good.